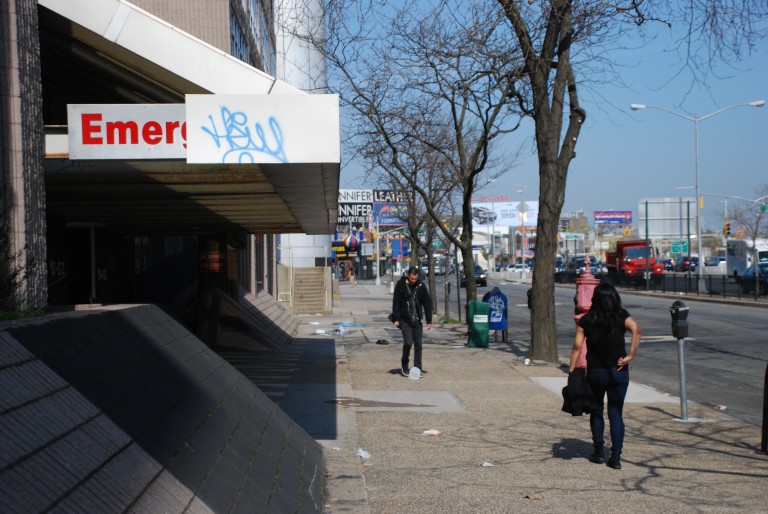 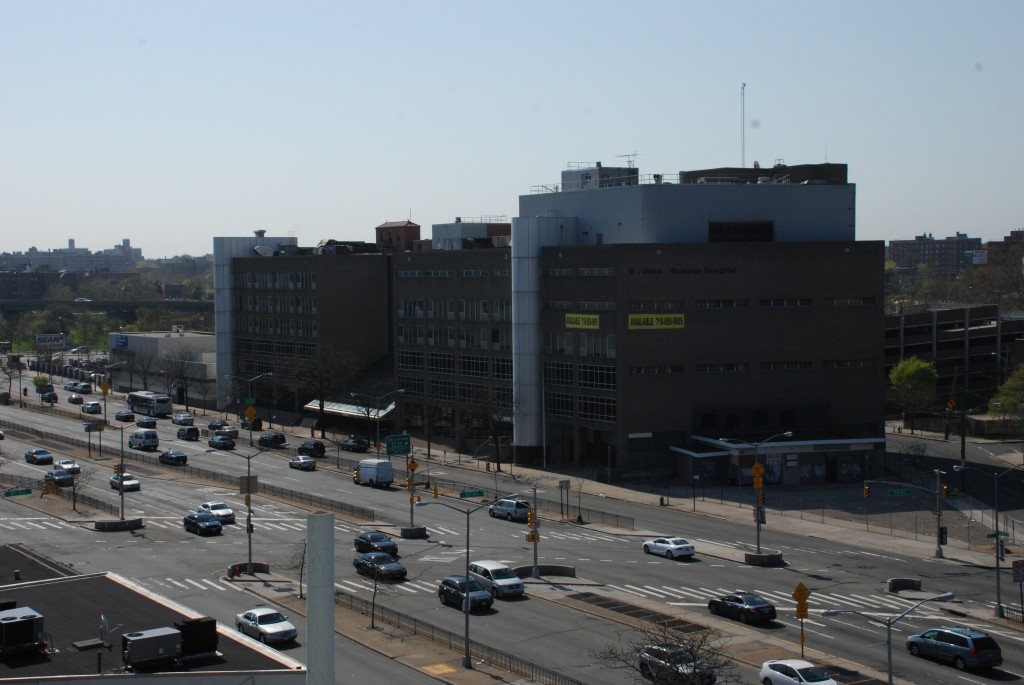 New life may be coming to the former St. John’s Hospital in Elmhurst, but it won’t be patients. A proposal filed last month with the Department of Buildings (DOB) seeks to turn the shuttered, graffiti-covered hospital into a dual-use businesses and residential complex.

Since St. John’s Hospital closed in 2009 after its parent company, Caritas, declared bankruptcy, community groups, politicians and the building’s owners have been seeking a partner that could revive the former medical center. Those efforts may have been pronounced dead.

According to paperwork filed with the DOB, the restored building—once a 227 bed hospital—would house retail space, professional offices and as many as 75 apartments. The proposal, filed by Nicholas Scire-Chianetta of NSC Architecture in Brooklyn, also includes outpatient medical facility on the fourth floor.

The proposal was denied by the DOB—not because of the suggested use for the building, but due to procedural matters. DOB Spokesperson Ryan Fitzgibbon said the proposal lacked zoning and code analysis, egress, fire protection and materials analysis.

“The applicant should address the department’s objections and re-submit plans for approval,” she said.

Deputy Queens Borough President Barry Grodenchick said that while his office would have preferred to see another hospital at the site, no medical provider has stepped forward with an offer “for a variety of reasons.”

St. John's Hospital in Queens has been boarded and vandalized since 2009, when it's opperators declared bankruptcy.

“What we needed there was an established hospital, but that doesn’t seem likely to happen,” he said. “Housing is an acceptable alternative.”

Richard Italiano, District Manager of Community Board 4, said the board supports the housing project.

“We’d like to see a hospital in there, but obviously that’s not going to happen,” he said. “They’re going to do what they have to do within zoning. What they proposed seems OK for the area.”

Queens has a deficit of hospitals, which residents and politicians have been lamenting for years. Mary Immaculate Hospital in Jamaica closed along with St. John’s when Caritas filed for bankruptcy. As of filing, the company had accrued a debt of nearly $100 million. Wyckoff Heights Medical Center in Brooklyn is the sole hospital owned by Caritas to remain operational.

Parkway Hospital in Forest Hills closed around the same time—its owner fraught with financial troubles. Former Parkway Hospital CEO Robert Aquino, also the owner of the hospital’s building, attempted to reopen the facility before he was indicted in March for charges that he paid State Senator Carl Kruger for political and business favors.

A local medical supplies company owner, John Krall, has been trying to revive the Parkway Hospital, seeking approval to bypass some state regulations and has said developers are ready to buy the property from Aquino. Krall has speculated that without approval for his partners to buy the property, the Parkway Hospital could be converted into residential or retail space. “Queens can’t afford to lose any more [hospital] beds,” Krall said.

Nevertheless, local politicians have stressed the need for Krall’s group to follow procedure: “We all know Queens is short 650 beds. I have always been a strong fighter for more beds and will continue to be, but the process must be done correctly,” said Councilwoman Karen Koslowitz (D-Forest Hills).

Just before the hospital closures, all three hospitals were denied emergency State funding to support their operations.