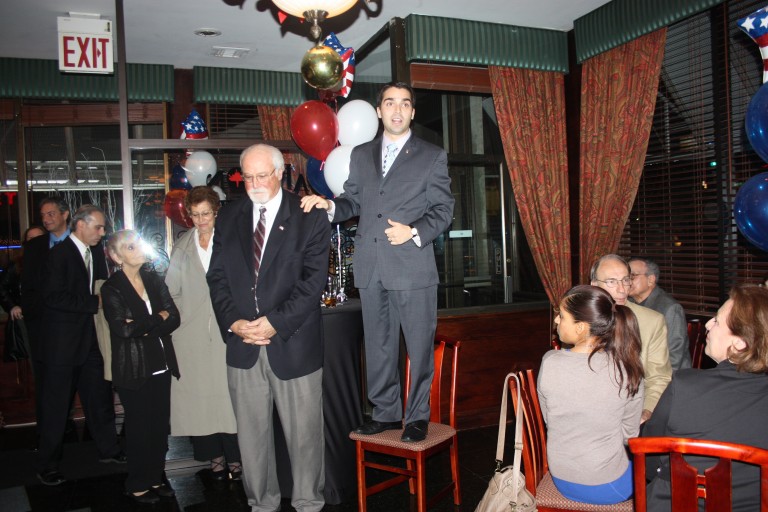 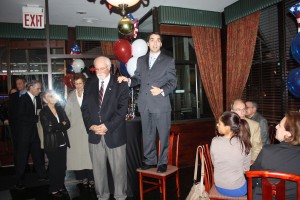 Eric Ulrich began raising funds for his 2013 campaign at Howard Beach eatery Saffron last Wednesday evening. Ulrich joked saying he had to climb on a chair get the attention of the full house crowd having to speak after one of his most dynamic Republican mentors, former Councilman Tom Ognibene.

Ognibene amused the crowd with stories of Ulrich’s climb up the Republican ladder, suggesting the future of Republican politics for New York State is in the hands of the 26-year-old Ozone Park native.

“The district that he represents is certainly a fortunate one to have someone with the skill and passion he has for this job,” Ognibene told the crowd. But according to the veteran politician, the council district is only the first stop on the road to what will lead to one place—behind the desk at the governor’s mansion.

Others in the crowd were quick to agree with Ognibene. “We need more young men at the helm of things like him,” said Howard Beach Anne Sciame. “”He’s not only great at his job, he sets a great example.”

As for his intentions to travel to Albany, Ulrich blushed at the confidence of Ognibene but says he’s only focused on one thing right now–his job. “I’ve always said that I will continue to do what the people trust me to do,” Ulrich told The Forum. “If that road goes to Albany I would be very proud. But for right now, I’ve got a big job to do right here.”