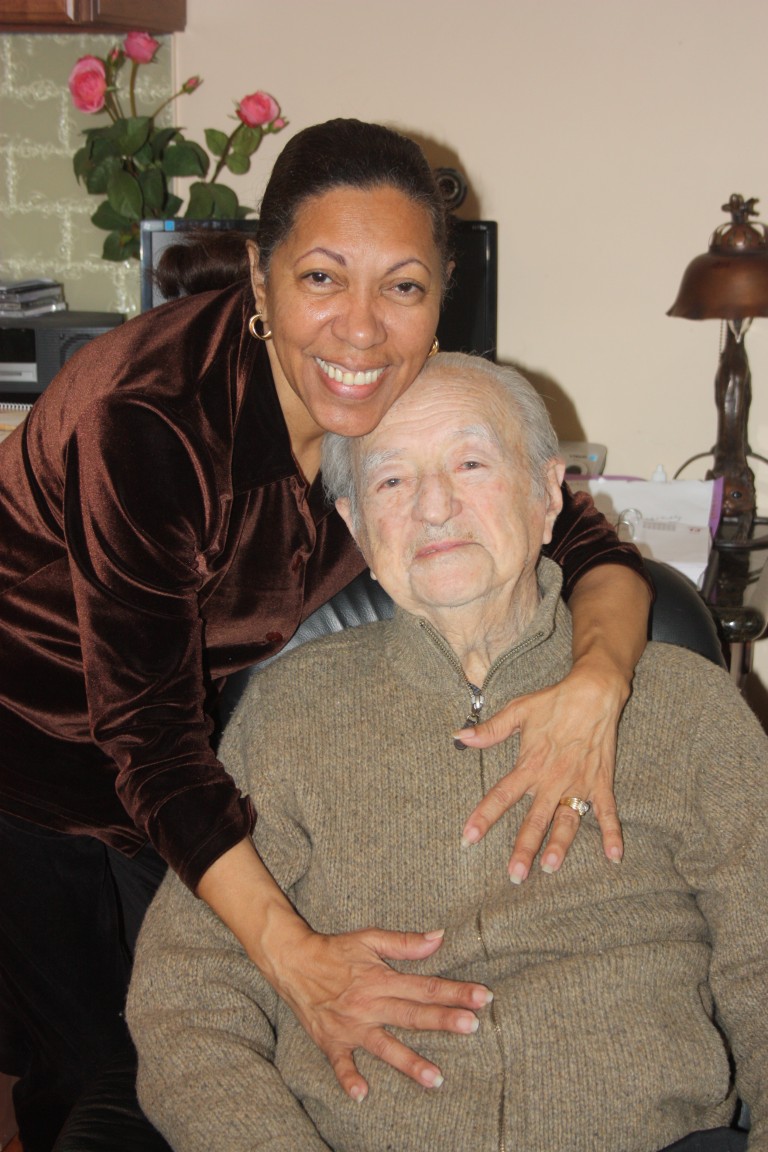 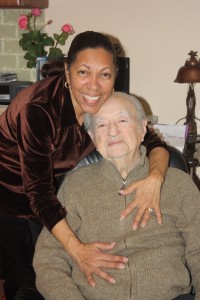 Dominique and Bernie Gottlieb at home in Howard Beach

It was 1912, the Oreo Cookie made its debut, Coca-Cola was introduced in a bottle, the Titanic sank and Bernard Gottlieb was born. One hundred years later, people are still eating Oreos, drinking Coca-Cola, talking about the Titanic and on March 12, some of those same people were saying happy one-hundredth birthday to Howard Beach’s newest Centenarian, Bernie Gottlieb.

The son of Austrian immigrants, Bernie has made his home in Howard Beach for the last 27 years. He and his wife Dominque met in 1968 when she answered a Help Wanted ad to be a filing clerk at his company, Rapid Wrap. “I remember when I first saw him,” Dominque Gottlieb says, “I knew he was the one and I knew we had to be together.” She was 18 and he was 37 years her senior. The naysayers and doubters who may have speculated that the couple, separated by almost four decades, would never make it, have long since been silenced.

“Sometimes there are no explanations and things are just meant to be.” That’s how Bernie explains the love of his life. “She is the best thing that has happened in my life.” And for Dominique, the sentiment stretches to the same degree. “I wonder sometimes if something is wrong with me,” she chuckles, “for being able to love someone so much as I love my husband and for so long. He is the last thing I want to see every night and the first thing I want to see every morning.”

The couple shares two daughters, Monique, 38 and Veronica, 36 and six grandchildren. Bernie has three other children from his first marriage, Marge, Martin and Paul, who passed away four years ago.

As far as the daily lie of a hundred-year-old goes, Bernie seems to have it all going on. Up until a couple of years ago there were weekly trips to the local “Dance Palace” as he refers to it, La Bella Vita in Ozone Park, to dance the night away. He reminisces briefly about his days at Roseland and quickly responds to a question about what his best dance was. “For me, it had to be the waltz, but I did them all.”

Now he and Dominique have switched their night out to karaoke at the same restaurant, where Bernie belts out Frank Sinatra numbers. “I was a great dancer,” he says, “but my hips are shot. So now I sing.”

In 2002 Bernie made the decision to retire at 90. “I made enough money and I did enough work. It was time to relax.” The couple spends three winter months every year in Dominique’s native Dominican Republic. She points out that she is forced to pay a cable bill there for the entire year because he is obsessed with CNN and has it must be hooked up as soon as they arrive on the island. “This guy loves vacations, but he can’t be without the news—CNN news to be exact,” she says. “His favorite vacations are the cruises. He likes the activities, the sun and of course all the food.”

His appetite and some bad eating habits have stayed with him over the years, according to his Dominique, who is forever catching him red-handed. “He’s not supposed to eat chocolate but he is a sneak with it.” Her greatest fear is the flood that will come from his flushing chocolate wrappers down the toilet so she won’t find them. And then of course there are the frankfurters, of which his wife says, “He would do absolutely anything for– especially if they’re from the Coney Island Nathan’s.”

According to the man who was born when it cost about .38 cents for a dozen eggs and a pound of bacon and the average salary was $14 a week, life has been very good. According to him it’s been filled with the love of his wife and family, good times and many great friends. On Saturday night more than 100 people will gather with him at his favorite night spot, La Bella Vita, to celebrate his 100th birthday. Asked what it means to be a hundred years old, Bernie looks with sparkling eyes and replies very assuredly, “I always say, the first hundred years is the most difficult.”