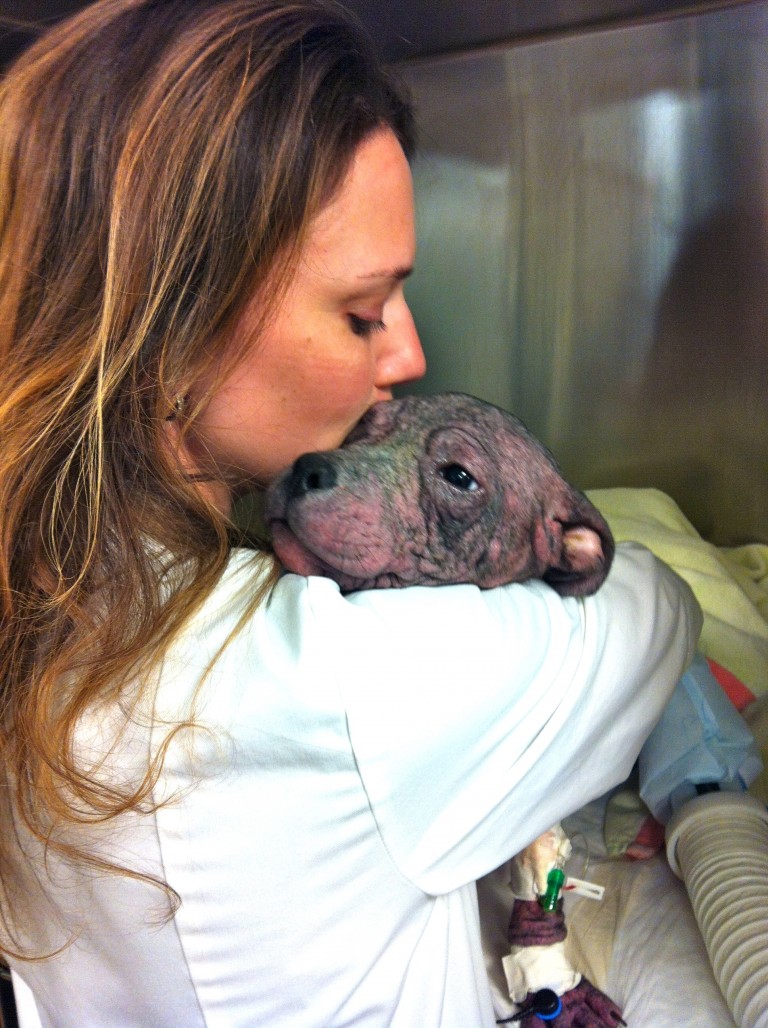 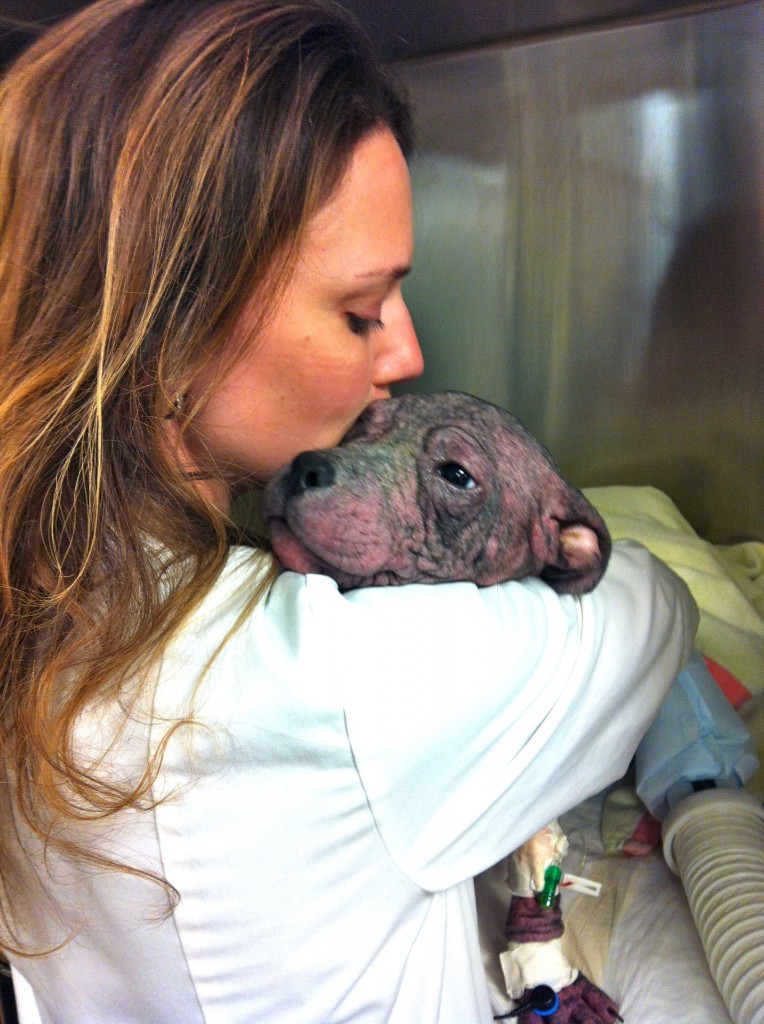 Linus and Dr. Gentile snuggle up after a successful surgery. The little guy came through great, and has a fantastic chance of living a long, happy life – especially if he finds a family to adopt him soon! Photo courtesy of Four Paws Sake.

Thanks to an outpouring of donations from total strangers, this little puppy has a second chance at life.

Many small donations, ranging from $2 to $200, and coming from all over the world, paid

for a desperately needed surgery the poor homeless pup otherwise would not have had. And Linus so excited he can’t wait to say thank you, at a Four Paws Sake fundraiser on Sunday, April 29.

Four Paws Sake, a no-kill shelter in Middle Village, thought they’d found a puppy with nothing more than a case of severe mange when they rescued him, but Dr. Jessica Gentile, a cardiologist at Blue Pearl in Forest Hills, diagnosed Linus with a heart condition right away.

Linus was born with severe pulmonic stenosis – a heart disorder preventing his right ventricle from opening wide enough to let blood flow. Linus had a grade 5-6 heart murmur, and was in danger of soon death.

Gentile was instrumental in getting Linus healthy again, from diagnosing the problem, to explaining the risks of surgery, to later performing it.

Linus underwent surgery on April 12 as scheduled. Gentile said she’s very happy with the results of the surgery. She said they did enough damage to the troubled valve that the proper amount of blood should be able to easily flow through.

Linus is pretty happy with the results as well. He’s been recovering so well he plans to attend the Four Paws Sake Spring Fling Fundraiser on Sunday, April 29.

The event will be held at the Courtside Lounge at 69-08 Myrtle Avenue in Glendale, and will run from 1 p.m. to 4 p.m. A $20 donation at the door includes one drink and a buffet. There will also be a raffle.