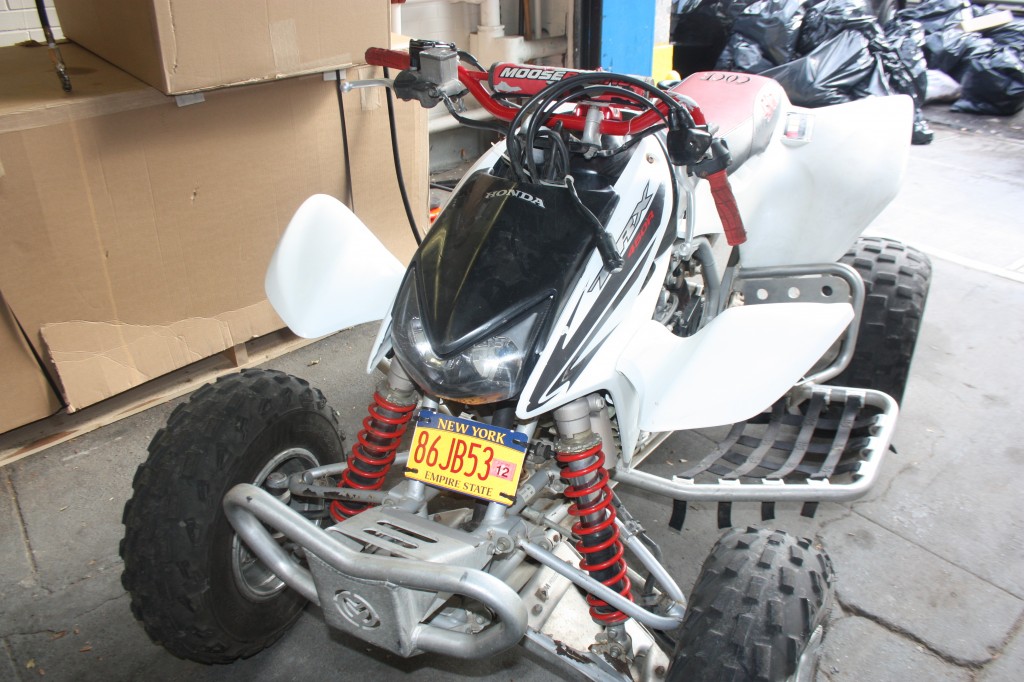 Father’s Day ended tragically for one man who was killed while riding an All Terrain Vehicle, (ATV), through the streets of Lindenwood in Howard Beach on Sunday night.

Police say Jesus Hernandez, 27, of Brooklyn, was riding the 2005 Honda when he lost control and hit a curb. He was ejected from the seat of the vehicle and sent flying over the handlebars. He landed in a driveway at 155-16 77th Street. The victim, who was not wearing a helmet, struck his head and suffered severe head trauma. He was removed to Jamaica Hospital where he was pronounced dead.

Neighbors who gathered in the aftermath of the accident say that Hernandez, along with another man and two women, had been riding through the streets all day. The group was allegedly traveling at high speeds around the dead end street. Harry Jackson says he was walking his dog and was almost hit by one of the vehicles that same afternoon around 2:30 p.m. “I understand that people like to ride these things but they should be on a track,” Jackson said. “One of those guys almost took me down this afternoon. Now someone is dead.”

Other area residents say the dead end street is a popular place for ATV riders because of its close proximity of a weeded area that harbors natural trails for riders.

“This activity is not confined to neighborhood residents,” said Lindenwood Alliance co-founder Joann Ariola. “People come here with these vehicles on trailers, unload them and go riding in the weeded area off 156th Avenue,” Ariola said. “The police are constantly coming here and confiscating these things, but people just keep coming back.”

According to police sources, the vehicle involved in Sunday’s accident was registered to Christopher Cartagera who lives a few doors away from where the accident took place on 77th Street. Police are conducting a full investigation of the incident and according to Community Affairs Officer Kenny Zorn, this vehicle was an exception to most because it was fully insured and registered. “The problem here is that the 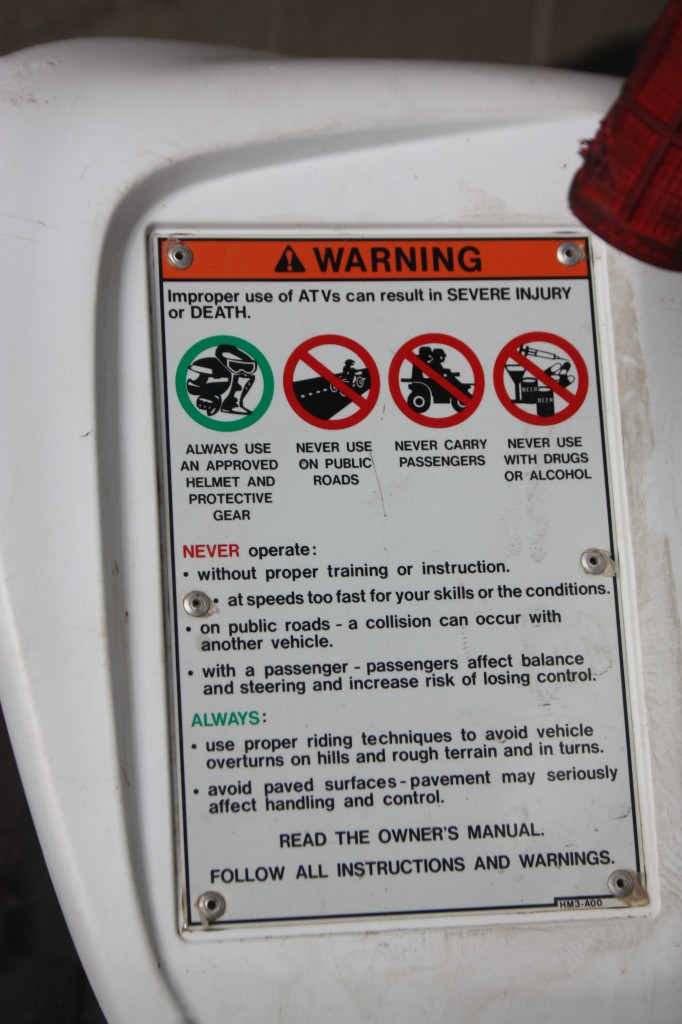 Warning signs were screwed to the sideboards of an ATV confiscated by 106 precinct police after Sunday’s deadly accident. The 27-year-old driver, Jesus Hernandez, was not wearing a helmet and was killed as a result of head trauma after he struck a curb and was ejected. Forum Newsgroup photo by Patricia Adams.

vehicle is registered to operate on terrain–not city streets.” Zorn says that this type of tragedy reinforces the necessity for strict enforcement by the police.

And in holding with that policy, police from the 106th Precinct were out in full force on a summons blitz for days after the accident. “We are looking for people who are committing the same type of violations,” Zorn said, “but in the interim, everyone who is committing safety violations in this are is going to be ticketed.” The primary targets of summonses according to precinct officials are speed, helmet, seat belt and cell phone violations.