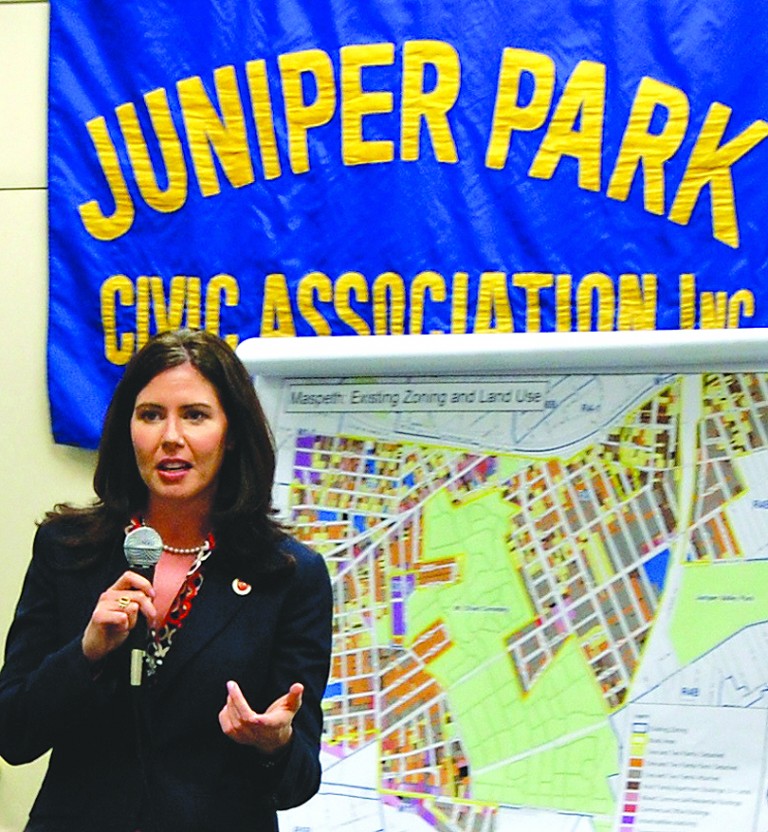 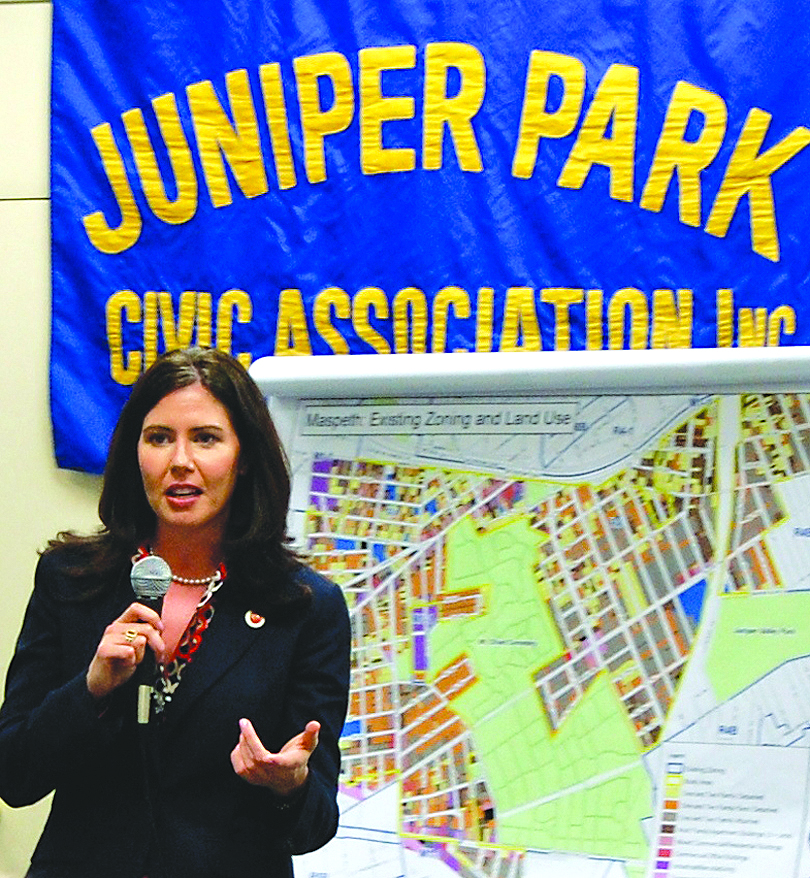 Councilwoman Elizabeth Crowley wouldn’t speculate why her funding varied wildly but said she didn’t think the system is fair.

The City Council and Speaker Christine Quinn saddled Councilwoman Elizabeth Crowley with a reduction of almost half the discretionary funds she took home to her district in the budget passed last month.

Crowley received just under $380,000—a cut of about $300,000—to distribute to her district, which encompassesMiddle Village, Maspeth, Ridgewood and Glendale.

Her fund is the smallest of any council member from Queens and a far cry from the $689,715 she was awarded last fiscal year.

Leading the pack in Queens this year is Councilman Leroy Comrie (D-St. Albans), who received $1.1 million.

Comrie, who heads the Queens delegation and is deputy majority leader, received far and away the most money.

Councilwoman Karen Koslowitz (D-Forest Hills) was the next closest with $668,264.

He received about $5,000 less than Peter Vallone (D-Astoria) and Mark Weprin (D-Oakland Gardens) who tied for third in the Queens delegation.

Councilman Ruben Wills (D-Richmond Hill), who was stripped of his powers to distribute member items during an ethics investigation, still managed to take home a sizable chunk of money for his district—even though it wasn’t controlled by him.

Comrie and Quinn made disbursements on Wills’ behalf, and his district, which includesJamaica and Richmond Hill, got $578,321.

The amount of discretionary funds awarded to each district are reportedly based on each area’s needs, but critics say it’s a purely political process based on getting into the speaker’s good graces.

A spokeswoman for the speaker replied only that many factors are taken into account when awarding the funds.
Crowley said the enormous cut in her fund is completely unpredictable.

“You can’t put a reason behind that,” she said.

Instead she said the focus should be on the overall budget where her district fared well.

“It’s more important to look at the bigger programs that have effect—those that are hundreds of thousands or millions of dollars,” she said, noting that there were no firehouses cut in the budget.

She also pointed to the establishment of new after-school programs in her district at P.S. 306 in Woodhaven and P.S. 128 in Middle Village.

“Programs like that run in the tens of, if not hundreds of, thousands of dollars,” she said. “Those are two huge wins for our area.”

Crowley’s spokesperson, Eric Yun, speculated to media that the councilwoman’s cut this year might have been payback for her bid in the Democratic primary for the 6th Congressional District.

Crowley ran against the candidate backed by her cousin Congressman Joe Crowley, Quinn and the Queens Democratic Party.

Despite insisting that there can’t be any reason ascribed to her skyrocket and then drop in funding, Crowley said she doesn’t think the system is fair.

“If I were the speaker—no, I would divide it up evenly between these districts,” she said.

Editor’s note: A graphic in The Forum’s print edition incorrectly listed Councilman Jimmy Van Bramer as getting $633,321 in discretionary funding and Councilman Peter Vallone receiving $583,321. Van Bramer got $583,321 in funding this year and Vallone received $633,321.