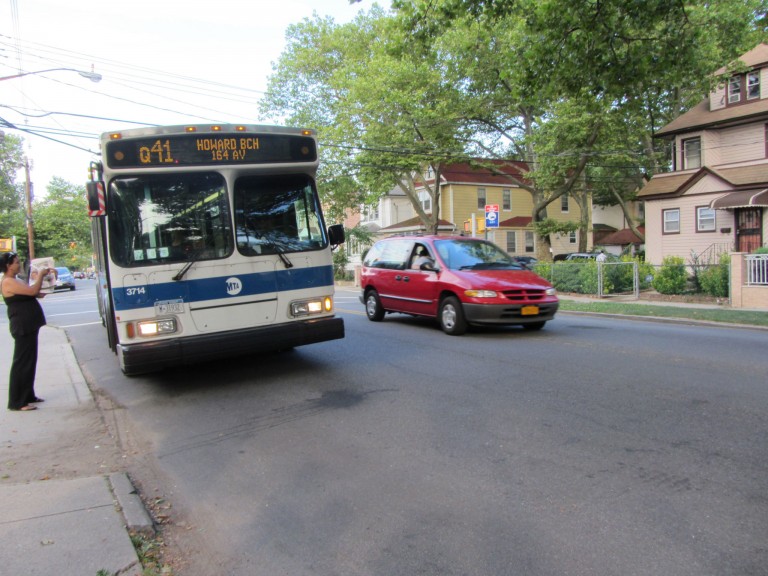 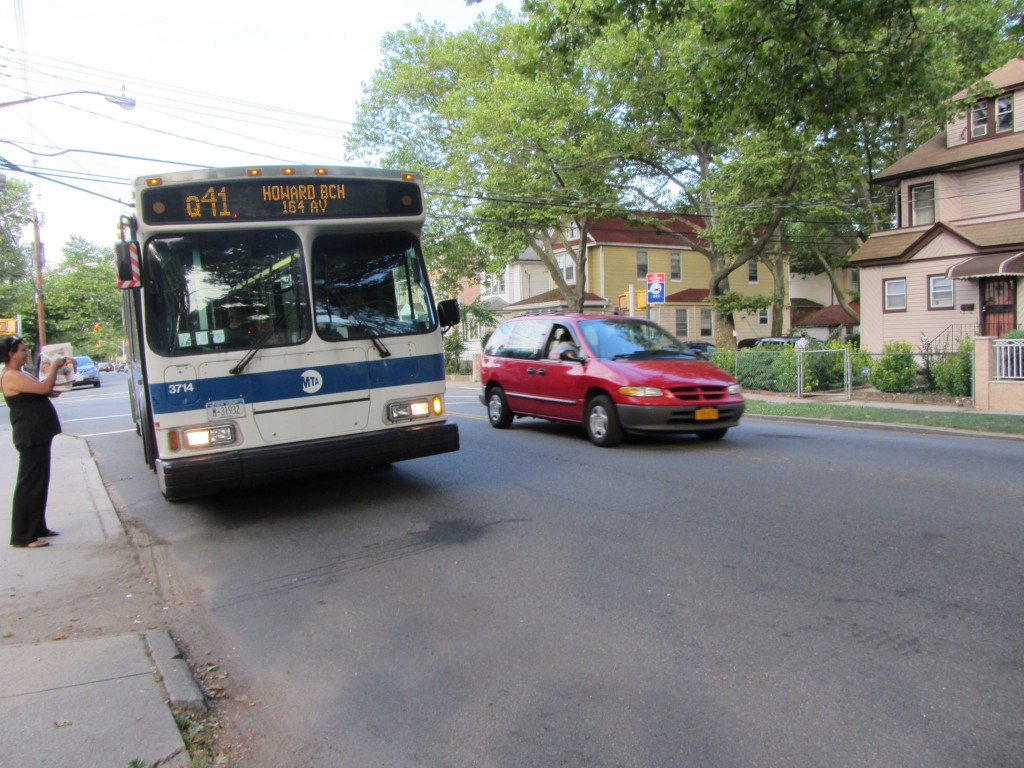 Residents are still fighting to reverse changes to the Q41 bus line they say have hurt the quality of life in their neighborhood.

It’s been about a month since resi- dents along 109th Avenue in South Ozone Park have had their daily routines uprooted by the unexpected re- routing of the Q41 bus services from 111th Avenue to their street, causing them to compete for already limited parking spaces, battle the trash and noise byproducts of bus riders, as well as worry about an increase in traffic incidents. But, despite a strong community uproar and a substantial amount of media coverage, not much has changed for the affected residents and riders, other than an exacerbation of their original complaints.

The Metro Transit Authority (MTA), has for its part, reviewed 12 stops along the new route to evaluate if the length allotted for the stops is necessary, which was a major grievance of the community, who said the stops were poorly planned and took up more space than required.

According to a MTA spokesperson, nine stops have been shortened. They have been cut by as much as 35 feet and as little as seven feet, but most fall between 15 and 20 feet.

“They cut down the length of the bus stop by one parking spot. Instead of taking eight spots, now they only are taking seven – woo hoo.” said a sarcastic Geraldine Bruccoleri of her block on 109th Avenue. Bruccoleri is a 40-year resident of the area and has been a very vocal crusader for the neighborhood’s fight to revert back to life pre-bus.

“The MTA hasn’t done anything except give us back one spot,” said Bruccoleri, who recently saw four cops cars on her street for what she and neighbors believe was a parking dispute but cannot confirm.

Bruccoleri and fellow residents plan on attending an MTA meet- ing on Wednesday, where they will receive two minutes each to plead their case and hope for a receptive audience.
“It’s not enough time to fit in everything that’s important,” said Bruccoleri.

At the very least, the neighbors hope to convince the MTA to make the bus stops perpendicular and not parallel like they are now so as to take up less space and advert potential accidents.
The meeting attendees also want to examine the role of tour buses now running along 111th Avenue headed to Resorts World Casino in Ozone Park.

Bruccoleri wonders if the tour bus- ses are the real reason that the Q41 was rerouted off of 111th Avenue.

“They took buses off that served the community to replace them with something to benefit the casino instead,” she questioned.

Any inquiry with the NYC Department of Transportation (DOT) regarding the tour buses was directed towards the MTA, who then directed the inquiry back to the DOT. Nei- ther agency said they were able to speak to the tour buses.