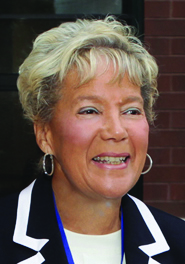 The borough battle is just about ready to break out.

With Borough President Helen Marshall term-limited, candidates are piling into a Democratic primary to take her place as the symbolic leader of a borough at a crossroads.

Characterized by Democratic insiders as a passive presence, Marshall is already serving as a contrast for some the contenders looking to occupy her seat in Kew Gardens.

State Sen. Tony Avella, one of six potential Democrats in the field, announced his intentions to run by framing what he would do as a borough president in opposition to what Marshall, in his opinion, has not done.

“I think one has to be a very hands-on person and be active representing the borough,” Avella said. “There are opportunities to get the borough president’s office much more aggressive in responding to the issues that affect Queens residents, which has basically been nonexistent, unfortunately.”

Notably, the slate is almost entirely male, though a man has not been the borough president  of Queens since Donald Manes committed suicide in 1986.

The field is diverse and lacks a true frontrunner. Vallone, a conservative Democrat with a million dollar war chest, is the financial leader, though Katz and Peralta are expected to be formidable fundraisers. Lacking any legislative power and leftover from an era when borough presidents truly ruled over their borough as kings or queens, the borough president is still a coveted position. Wielded by the right type of cheerleader—Brooklyn Borough President Marty Markowitz comes to mind—the bully pulpit of borough president can turn a borough into a coveted brand.

Markowitz and Brooklyn serve as a guiding example.

Like most New York City races, the Democratic primary will decide who becomes the next president of Queens. All candidates, with the exception of perhaps the conservative Vallone, are courting the Queens County Democratic Organization. In a primary with a potential June date, the ground troops that the party can offer will be coveted by the candidates, though beating the county organization in such a wide open field is far from impossible.

Vallone, the chair of the City Council’s Public Safety Committee, is hoping to do just that.

Peralta, a close ally of the party, is believed by Democratic insiders to be a favorite for U.S. Rep. Joe Crowley’s, the Democratic Party chair, support. Crowley’s Congressional district, roping in Jackson Heights and Elmhurst, overlaps with Peralta’s.

“Helping those most impacted by the storm [Sandy] is the main focus right now, in terms of what we have to concentrate on,” said Peralta, who emphasized that coordinating a rebuilding of Queens in the wake of Sandy will be his top priority. Peralta said he would try to mix the policy initiatives of Marshall, who focused on the empowerment of minority-owned businesses, and Claire Shulman, who keyed on economic development. “I think if I partner those styles with a sense of energy and commitment and focus, it’s going to be a very dynamic and gratifying result. We’re gonna put Queens on the map.”

Comrie, chair of the City Council Land Use Committee and leader of the Queens Delegation, is a favorite of the Democratic Party but has struggled to raise money. His $61,151 raised is relatively meager, considering Peralta has raised roughly the same sum in a much shorter amount of time. The next filings are due on Jan. 15 of next year, a crucial moment for Comrie.

If his fundraising has significantly improved, he will remain in the race, insiders said. But Crowley will be hesitant to back a candidate he does not think can win. Thus Peralta, representative of a burgeoning Hispanic demographic in Queens and a stronger fundraiser so far, may get the nod.

Katz recently netted the endorsement of former Mayor Ed Koch and will remain in the race regardless of whether Crowley chooses her or not. Once the chair of the Land Use Committee, like Comrie, Katz hails from Forest Hills and is the strongest Jewish candidate in the race, no footnote in a borough with a politically-active Jewish community. An attorney with friends in the real estate industry, Katz also hired public relations guru George Arzt to help run her campaign, a sign that she will be running a formidable operation.

Grodenchik, the former deputy borough president and Flushing assemblyman, lacks the name recognition of the other candidates. Whether he remains in the race for its entirety is still a question, though the long-time Democratic is as of press time very determined to run. 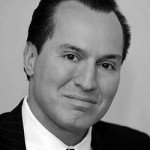 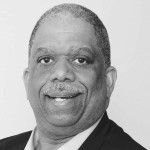 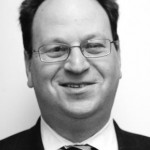 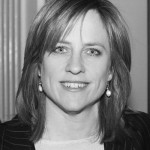 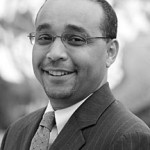 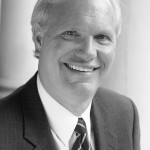