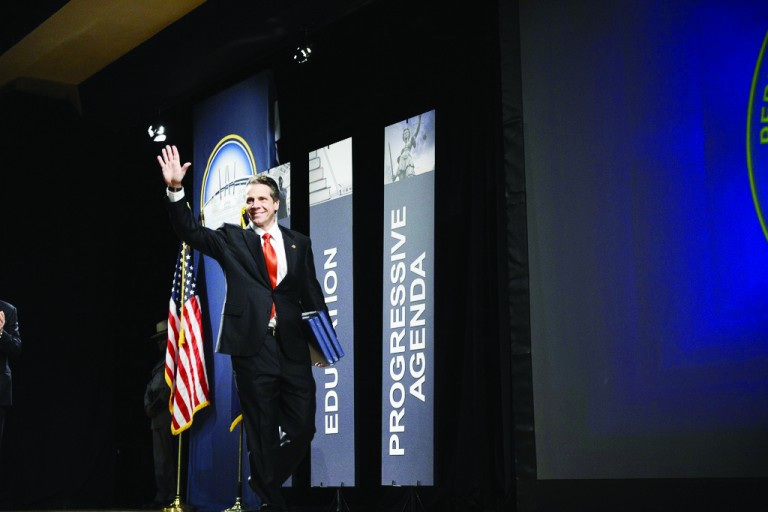 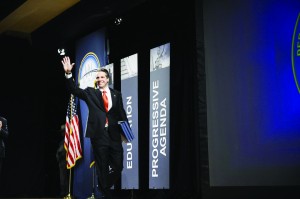 Governor Andrew Cuomo’s fiery State of the State address last Wednesday, broadcast live from Albany, touched upon a variety of hot-button issues for New Yorkers from gun control and strengthening the economy to setting new standards for teachers and ensuring that the state’s infrastructure can withstand future storms and severe weather.

But, for many Queens’ politicians, some of the top priorities the governor tackled included further toughening of the state’s laws governing assault weapons—already among the most stringent in the country–as well as ensuring that New York gets its fair share of Sandy Aid.

Councilmember Karen Koslowitz (D-Forest Hills), whose district includes Forest Hills, Rego Park and Kew Gardens, was in staunch agreement with the governor’s plan to make New York the national leader in gun control. “One of the most important things is stricter gun laws,” Koslowitz said, “especially in light of the horrific shootings that took place in Newtown, CT, and Webster, NY,” she said.

As outlined in his speech, the governor is seeking legislation to tighten the assault weapons ban, ban all large capacity guns, including those that hold 100 rounds or more and strengthen penalties for those who illegally buy guns, use guns on school property and those who use guns as part of violence and gang-related activity.

“I say to you forget the extremists,” Cuomo said. “It’s simple — no one hunts with an assault rifle. No one needs 10 bullets to kill a deer and too many people have died already.”

Koslowitz added that not only do we need these stricter gun laws in NYC but also across the nation. “I can’t understand why anyone needs an assault weapon that shoots 100 rounds at a time,” she said. “People are entitled to leave their house in the morning and know that they’ll come back at night and not be shot or otherwise hurt.”

Queens DA Richard Brown told CBS 2 New York, “The governor was right on target,” adding, when asked if Cuomo could have pushed further, “[He went] as far as he can reasonably go with this Legislature.”

On Tuesday, the state’s legislature made New York the first state to act on enhanced gun control since the shootings at Newtown, CT, last month by passing a broad package of gun control legislation that includes expanding the ban on assault weapons, keeping guns out of the hands of the mentally ill and clamping down on illegal gun sales.

State Senator Joe Addabbo (D-Howard Beach), registered his support for the legislation by email on Tuesday. “…Even though the one gun bill possessed many parts, and I didn’t agree with all the individual parts, the vast majority of the bill did warrant my support and does create a safer state for our people,” said Addabbo in a written statement.

In addition to taking aim at gun violence, the governor also put forward an agenda of new initiatives which included the abolition of the Long Island Power Authority, raising the minimum wage to $8.75, making teachers pass a new type of standardized test for certification along with a 10-point plan for achieving equality for women.

“A proposal to raise the state’s minimum wage from $7.25 to $8.75 will help improve the lives of thousands of workers and their families across New York,” said Assemblyman Andrew Hevesi, who represents residents in Rego Park, Middle Village and Kew Gardens. Hevesi also supported the expansion of funding for Preschool programs, saying that they will better prepare children to raise the bar of academic excellence, and create a stronger workforce.

Cuomo, along with many other New York politicians, expressed his anger with Congress on its failure to act quickly on aid to victims of Hurricane Sandy.

“This is an unprecedented situation in modern times where the federal government has not been responsive in the face of a disaster,” Cuomo said. “Do not play politics with the state of New York. Remember New York because New York will not forget.”

Koslowitz was in lockstep with the governor on Congress’ failure to move quickly on Sandy aid. “I’m very upset with Congress right now with the relief aid they’re offering the city,” she said. “We need this aid to become whole again. It’s an absolute insult,” Koslowitz said. “Katrina got $50 million and they’re offering us a pittance in comparison. “I’m outraged at that.” “You go out to the Rockaways and it looked like a third world country,” she said.

Assemblyman Phil Goldfeder, whose district includes Howard Beach, the Rockaways and Ozone Park was also concerned about Sandy aid. “We have to find ways to bring real aid to the victims of Hurricane Sandy,” said Goldfeder, who added that people in southern Queens need economic development and jobs now more than ever.

“My concern,” said Koslowitz, “is getting our share of money for Sandy. Some people right now still don’t have electricity,” she said, adding that some people’s entire lives were washed away with Sandy and they need help. The latest news on the $50.7 billion Sandy aid package is that the House is moving slowly towards its approval.

Super storm Sandy damaged 305,000 housing units in New York and more than 265,000 businesses were disrupted in the state with more than 2 million customers who lost power for weeks. In announcing his intention to abolish LIPA, Cuomo said that New York customers can’t afford to face catastrophic power losses every few years when powerful storms hit.

Asked about the economy in Queens, Koslowitz mentioned pending projects such as a new soccer stadium at Flushing Meadows Corona Park and a possible convention center at Aqueduct which could bring jobs and money into the borough. “We have to keep some of the money here in Queens,” she said. “We want to put Queens on the map. Queens is a great place. You can’t get to Manhattan unless you go through Queens.”