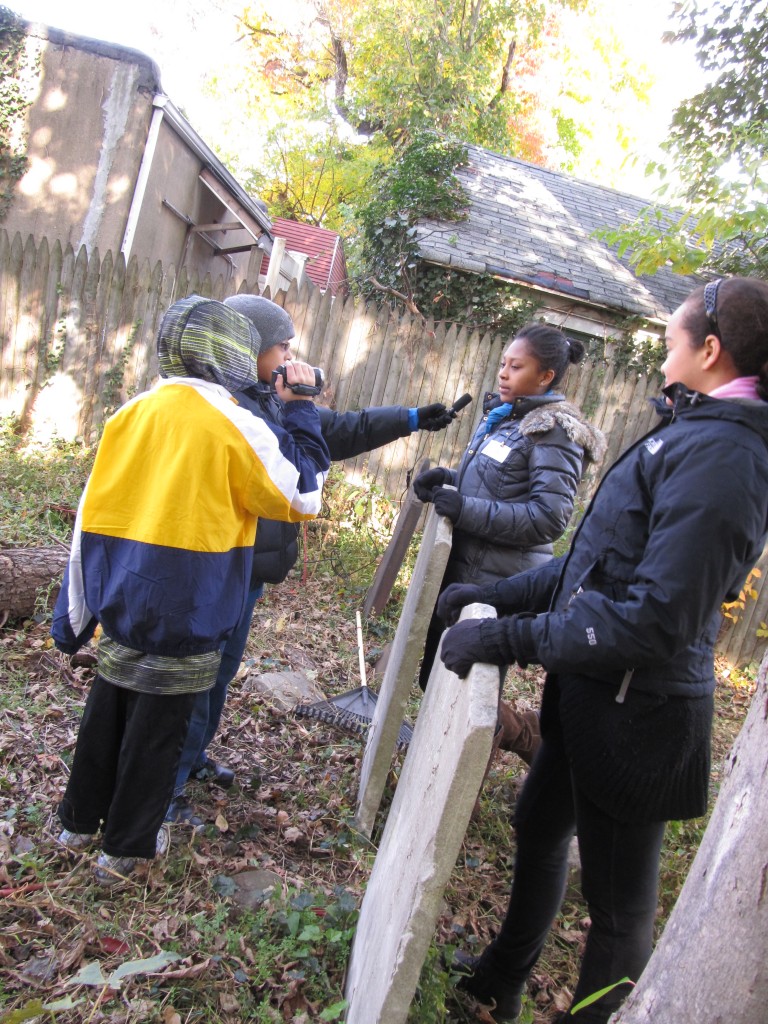 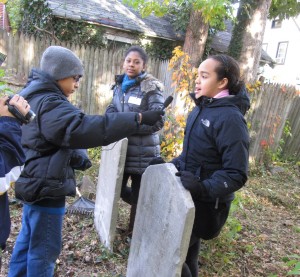 Student-volunteers interviewed each other to express what it felt like to beautify a patch of history. Photos Courtesy of Ed Wendell

If it’s the second Saturday of the month, then it’s time to grab gloves and garbage bags and head over to the cemetery at 96th Street and 86th Avenue.

That’s what nearly two-dozen volunteers with the Woodhaven Cultural & Historical Society did last Saturday as they beautified another section of historic colonial-era Wyckoff-Snedicker Family Cemetery. Students and civic leaders also uncovered more headstones, adding pieces to the larger puzzle that is the burial ground.

“Our hope is that even if we have slight turnout over the winter, it will pay off in the spring,” said Ed Wendell of the WCHS. “It will give us a huge head start on next summer’s cleanups.”

The land, nestled between All Saints Church and the backyards of the homes on 98th Street, was originally thought to have been named in the 1700s for descendants of the Wyckoff and Snedicker families; but evidence has been unearthed showing that the land was used for burials long before the 18th Century.