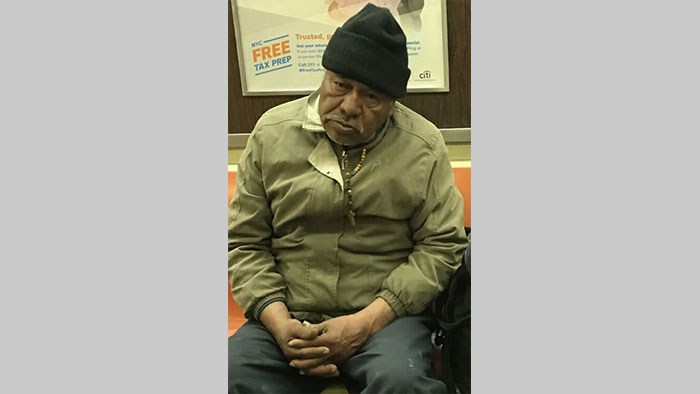 Investigators say this man is wanted for exposing himself on an R train in Rego Park.

By Michael V. Cusenza
City Police Department investigators recently reached out to the public for help in identifying and locating a man wanted in connection with an act of public lewdness aboard a train in Rego Park last month.
According to police reports, on Friday, April 14, around 10:05 p.m., the suspect “exposed his penis and manipulated it in front of” a 32-year-old female passenger on a southbound R train at the 63rd Drive station.
The commuter creep is described as a Hispanic man in his 60s, with a mustache; he was last seen wearing a black watch cap, tan jacket and blue pants.
Anyone with information is asked to call the NYPD’s Crime Stoppers Hotline at (800) 577-TIPS (8477) or for Spanish, (888) 57-PISTA (74782). The public can also submit info by logging onto NYPDCrimestoppers.com or by texting their tips to 274637 (CRIMES) then enter TIP577. All correspondences are strictly confidential.