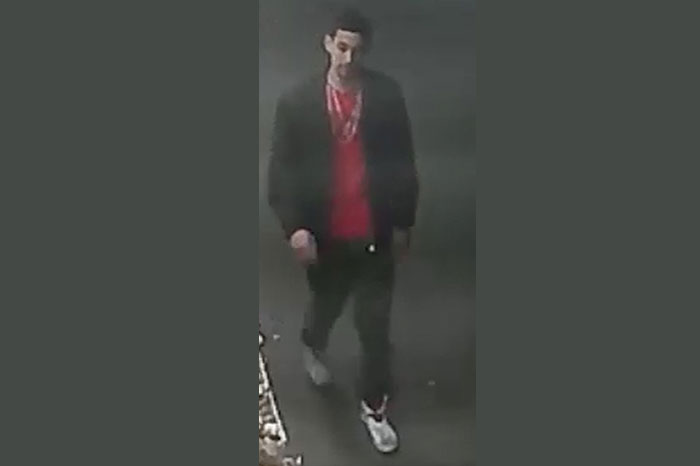 One of the suspects involved in the robbery.

By Michael V. Cusenza
City Police Department detectives recently reached out to the public for help “in ascertaining the whereabouts” of two unidentified men who are wanted in connection with a robbery earlier this month in South Richmond Hill.
According to police reports, the two men approached the victim on Sunday, June 4, around 3:15 a.m. in front of a grocery story on Liberty Avenue near 114th Street. From behind, Suspect #1 knocked the man to the ground, and then he and Suspect #2 removed the victim’s wallet, which contained $165 cash and ID, an earring and a neck chain. The victim, who was also struck in the face, suffered contusions, swelling and bleeding to the left side of his face and pain in his left knee, cops said. He was rushed to Jamaica Hospital Medical Center in stable condition.
The suspects are described as:
Suspect #1: black and was wearing dark clothing and a white baseball cap during the attack.
Suspect #2: Hispanic and was wearing a red shirt and a neck chain at the time of the incident.
Anyone with information is asked to call the NYPD’s Crime Stoppers Hotline at (800) 577-TIPS (8477) or for Spanish, (888) 57-PISTA (74782). The public can also submit info by logging onto NYPDCrimestoppers.com or by texting their tips to 274637 (CRIMES) then enter TIP577. All correspondences are strictly confidential.