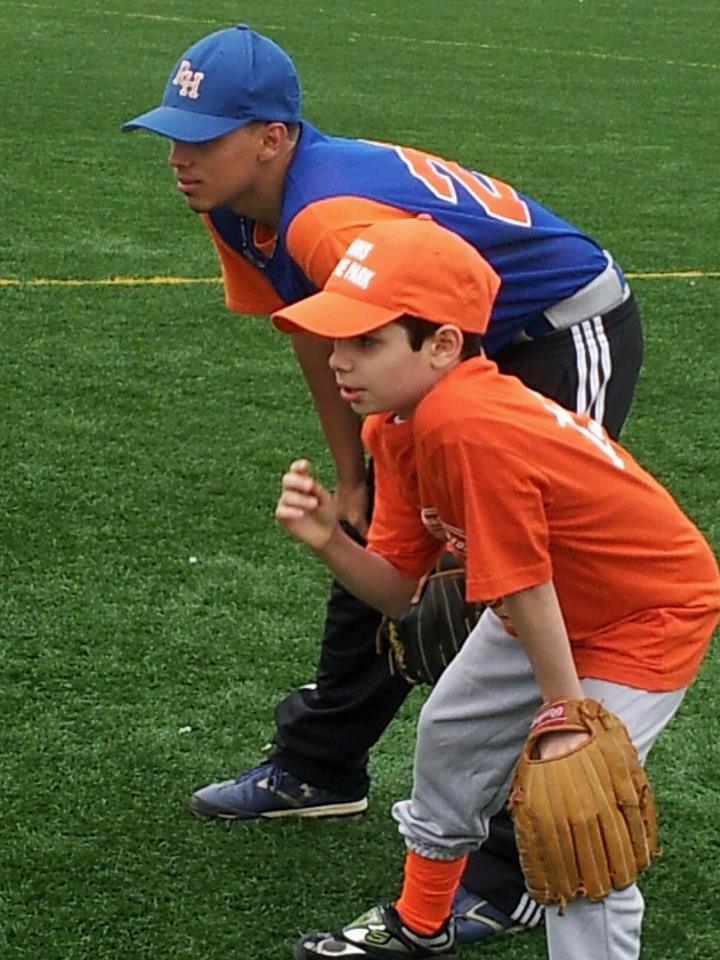 Mentors from the WORKS Little League teach children with autism how to play the great American pastime of baseball as part of the league’s Challenger Division every Saturday at Pals Oval Park between North Conduit Avenue and 88th Street in Ozone Park. Photo courtesy of WORKS Little League

Laura Latham can appreciate the value of watching her children play just like regular kids, even if only for a little while.

A parent of two children, one with autism, Latham was one of several members of New York Families for Autistic Children (NYFAC) in 2008 that were approached by Terry Flanagan, president of the Woodhaven- Ozone Park-Richmond Hill- Kew Gardens-and South Ozone Park (WORKS) Little League, with a new idea—having NYFAC’s children play baseball with the South Queens baseball league via a new program, the Challenger Division.

“We were a little nervous at first,” Latham admitted of what was then a brand new concept to the group, of using baseball players to mentor their children. “As a group, we’re protective of our kids. We were a little leery at first, but they were very welcoming, very inviting, and it turned out to be a great thing for our kids.”

Four years later, what started as a small league of 20 autistic children has slowly blossomed, at one point having as many as 50 children from around Queens—and even Brooklyn—participating in the program.

Claiming to be the first program of its kind in New York City, the Challenger Division provides an opportunity on Saturday mornings in the spring for children diagnosed with autism to learn and play the game of baseball from WORKS baseball players.

Flanagan and his wife, Roseann, have five children—Brian, 18 Sean, 15, Thomas, 13, Emily, 12, and Elizabeth, 8—who have also played in the WORKS league, some even serving as ‘buddies’, or mentors, for the Challenger program’s children.

With the help of those mentors, children learn the ins and outs of playing baseball, such as how to run the bases, and hitting and catching the ball.

Although none of his children are diagnosed with autism, Flanagan understands how parents of autistic children face an array of challenges in taking care of their children’s needs.

It was that understanding, Flanagan noted, that inspired the idea for his WORKS league, now celebrating its 56th anniversary, to create the baseball program four years ago. At the time, he had become aware of NYFAC’s existence after seeing a newspaper article of the group doing a carwash fundraiser to raise awareness about autism.

“Unfortunately, [children with special needs] don’t have the same opportunities a other kids,” he said. “So, when we were thinking about new things for [WORKS] to try, I said to my wife, ‘This would be a great idea.’”

Since that time, NYFAC has sponsored the league’s program— currently with 32 children and two teams, the Wildcats and Bulldogs— which play from 8:30 a.m. to 10:30 a.m. Saturdays at Pals Oval Park between North Conduit Avenue and 88th Street in Ozone Park.

Flanagan credited the smooth operation of the program to WORKS Vice President Walter Chaluisant, who pitches the ball to the children every Saturday, and called 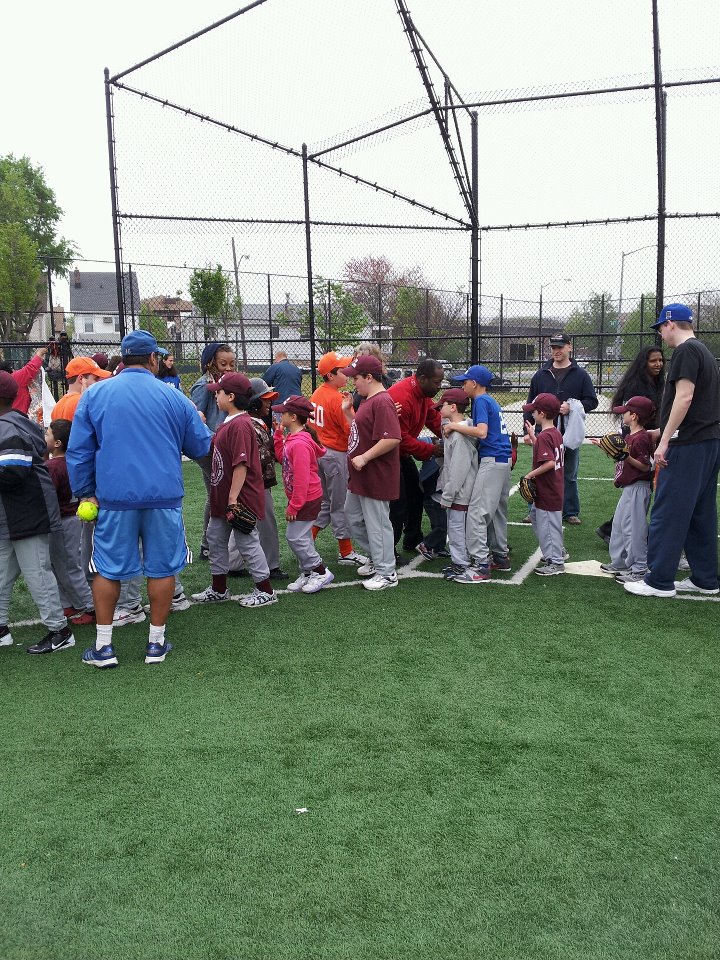 Children from the WORKS Little League’s Challenger Division shake hands after a Saturday game at Pals Oval Park in Ozone Park, reenforcing good sportsmanship, one of several key values the league’s mentors teach the children, who have been diagnosed with autism. Photo courtesy of WORKS Little League.

the program “the highlight of my week.”

Noting the multiple challenges children with autism face on a daily basis, Chaluisant points out that baseball often provides kids with the opportunity to learn valuable social skills such as teamwork, sportsmanship and how to interact with others.

Chaluisant added that he hoped his program putting such a focus on autism would help put a spotlight on the issue.

“A lot of these autistic kids are excluded from everything, but weinclude them in everything from the photo day to our awards dinner, a Brooklyn Cyclones game every year…we’re very proud of that,” he said.

Having been with the baseball program since its inception, Latham, who also coaches the Wildcats, has seen a marked growth in some of the children who have stayed on.

“We have kids who have improved their ability on field, have learned to stay on base longer, learning to catch the ball, and the basic fundamentals of the game,” she said. “But the main thing is that the parents love it…it’s a place where they can just sit on the sidelines and watch their kids play just like any other kids. It’s a place where everything and everyone is accepted.”

Since the Challenger Division’s creation, other little leagues in places like the Rockaways and Glen Oaks have created similar baseball programs for autistic children.

While Flanagan’s program has seen a small decline in children returning to the Challenger program—possibly due to those leagues offering closer options to parents living around those areas— the longtime Queens resident was happy that others have picked up the idea.

“For some of the parents, [the new leagues] are a closer option, and I understand that,” he said. “But for me, if what we’re doing for these kids helped to get the idea started in other areas, then that is something that I’m proud that we could
accomplish.”

The league’s efforts to raise autism awareness have even gained the attention of local legislators such as city Councilwoman Elizabeth Crowley, Councilman Eric Ulrich, and State Assemblymen Phil Goldfeder and Mike Miller, all of whom sponsor teams in the Challenger division.

Wendell and Flanagan, longtime friends, played alongside each other in the WORKS league during their early teen years.

“It’s a special thing that they’re doing, and it’s a service that means a lot for those young kids,” Wendell said. “When I grew up, kids facing those obstacles didn’t have that outlet; it didn’t exist for them. For people who don’t know anyone with that condition, it’s easy for people to grow up with a certain set of attitudes and prejudices. For these kids [‘buddy’ mentors], to interact with them and play with
them and be exposed to them is a great thing.”

For more information on how to participate or sponsor a team in WORKS’ Challenger Division, visit the group’s website at: www.eteamz. com/WORKS.