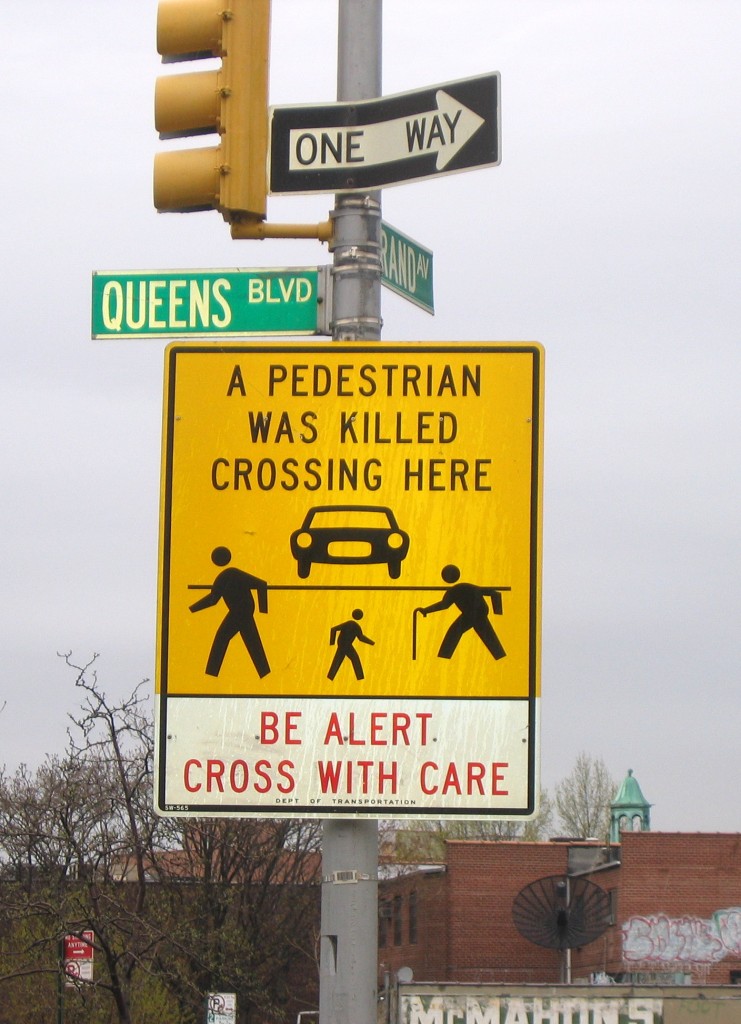 Signs like this are posted all along the Queens Boulevard corridor which has become known throughout the world as “The Boulevard of Death.” File Photo

The man who killed two pedestrians on Queens Boulevard early Monday morning was driving with open warrants out against him, according to police.

The 22-year-old driver has yet to be identified, but is known to be a resident of Queens. No charges have been filed against the driver however, witnesses on Queens Boulevard say he was speeding.

The 2014 Camaro was headed in the westbound direction when it struck two parked cars at Van Loon Street and jumped the curb. The vehicle then struck a phone booth, street utility pole and finally two pedestrians.

Man Chit Cheng, 59, a construction worker was identified as one of the victims. He was on his way to work and leaves behind his wife and four children. The other victim, identified as Muang Lin, 41 died at Elmhurst Hospital.

The driver was also taken to the hospital where he was treated for minor injuries and placed under arrest for failure to answer two outstanding warrants on unknown charges.