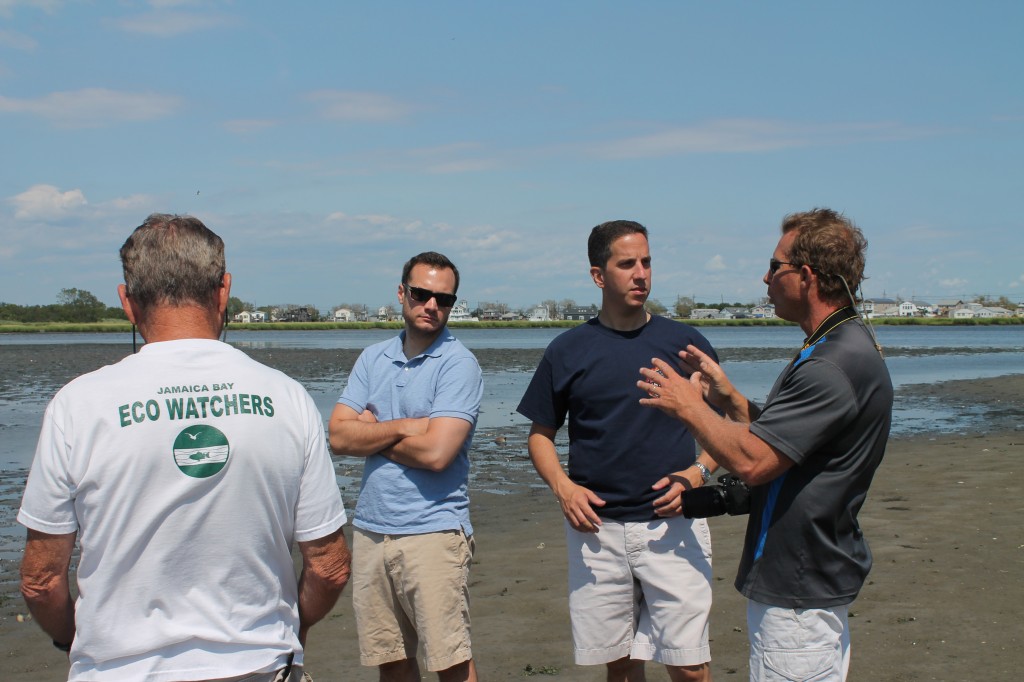 “Jamaica Bay has been a longtime community gem, but its breathtaking views and grassy marsh also serve a significant purpose — storm protection,” Goldfeder said in a prepared statement. “Jamaica Bay contains natural barriers that have proven to be more effective than any man-made sea wall or levee. This funding toward Jamaica Bay will not only help attract visitors and increase economic development, but it will enable our community to become more resilient against potential future storms.”

The $400,000 grant will be administered by the city Parks Department in conjunction with the city Department of Environmental Protection.

The award will make repairs to Sunset Cove, which is located in the heart of Jamaica Bay and which has been severely deteriorating for years. Conditions at the cove were made far worse after Hurricane Sandy ravaged the area more than a year ago.

Additionally, the funding will help to restore the surrounding vital coastal ecosystems of Jamaica Bay to create natural barriers and better protect residents. The grant also potentially includes plans to increase utilization of  the waterfront for public access with construction of a small boardwalk and expanding nearby recreational opportunities for canoeing and kayaking.

“The Jamaica Bay EcoWatchers commend Gov. Cuomo and Assemblyman Goldfeder for their commitment to help our storm affected communities rebuild in a more resilient manner and to better prepare for future storm events,” said Dan Mundy Jr., president of the Broad Channel Civic Association. “This award will restore our coastal wetlands which will provide protection for our vulnerable residential neighborhood. When completed, Sunset Cove will consist of not only restored wetlands but oyster wave breaks, tidal dune protection and a coastal forest.  In addition to using natural features to produce a storm buffer, the area will allow for public access to some of the most scenic waterfront views in NYC and encourage education for school children on coastal protection through walking trails and a wetlands boardwalk. It is a visionary approach to the threats that our coastal communities will face in the years to come.”

Jamaica Bay is an 18,000-acre wetland estuary surrounded by the Rockaway Peninsula to the South, Brooklyn to the West, and Queens to the East. Comprising an area almost equal to that of Manhattan, the bay consists of numerous islands, a labyrinth of waterways, meadowlands, and two freshwater ponds. The wetlands provide a unique environment for both wildlife preservation and urban recreation.