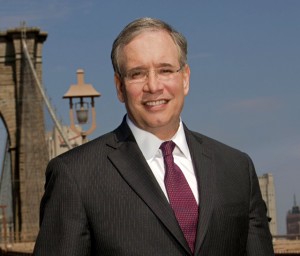 Following a litany of complaints from residents slamming the city’s Build It Back program over its failure to help residents struggling after Hurricane Sandy, the city’s head financial watchdog, Comptroller Scott Stringer, said last week that he would audit the program that was set up to help individuals across the city rebuild – but, in the 18 months since the storm, has started construction on just nine homes.

Along with the audit, Stringer said he is forming a “Sandy Oversight Unit” that will, according to a release issued by the comptroller’s office, “draw upon the comptroller’s audit, contracts, budget, and policy units to hold government accountable in the rebuilding of New York City from Superstorm Sandy.”

Additionally, the comptroller announced he is holding a series of town hall meetings in Queens, and across the city, to discuss Sandy-related issues, including the audit.

“Superstorm Sandy changed the lives of millions of New Yorkers, and we are still grappling with its consequences today,” Stringer said. “It is critical to have an accounting of how government has responded to this event, and what we can do to better prepare for the future.”

Build It Back, a program created by former Mayor Bloomberg specifically to help Sandy victims rebuild their homes, has been lambasted by Queens residents, and people across the city, for failing to help the majority of the 20,000 families who have applied to it for aid. At a seven-hour hearing about Build It Back at the end of March, Councilman Eric Ulrich (R-Ozone Park) called the program an “abysmal failure” and a stream of homeowners said the program has lost their paperwork at least once. John Cori, co-founder of Friends of Rockaway Beach, said Build It Back has lost his paperwork not once – but six – times, and program officials did not reach out to him once about it. Instead, the only reason Cori knew he needed to get additional paperwork to Build It Back was because he himself reached out to program officials.

Stringer said his audit staff will take a comprehensive look at Build It Back to determine whether the Housing Recovery Office has set goals and timetables for the delivery of services and established procedures to reduce the backlog of applications.

The Sandy Oversight Unit will review how federal aid was spent on recovery and resiliency programs, identify areas where controls can be strengthened to improve service delivery to protect taxpayers from fraud and waste, and monitor the budget and status of Sandy projects.