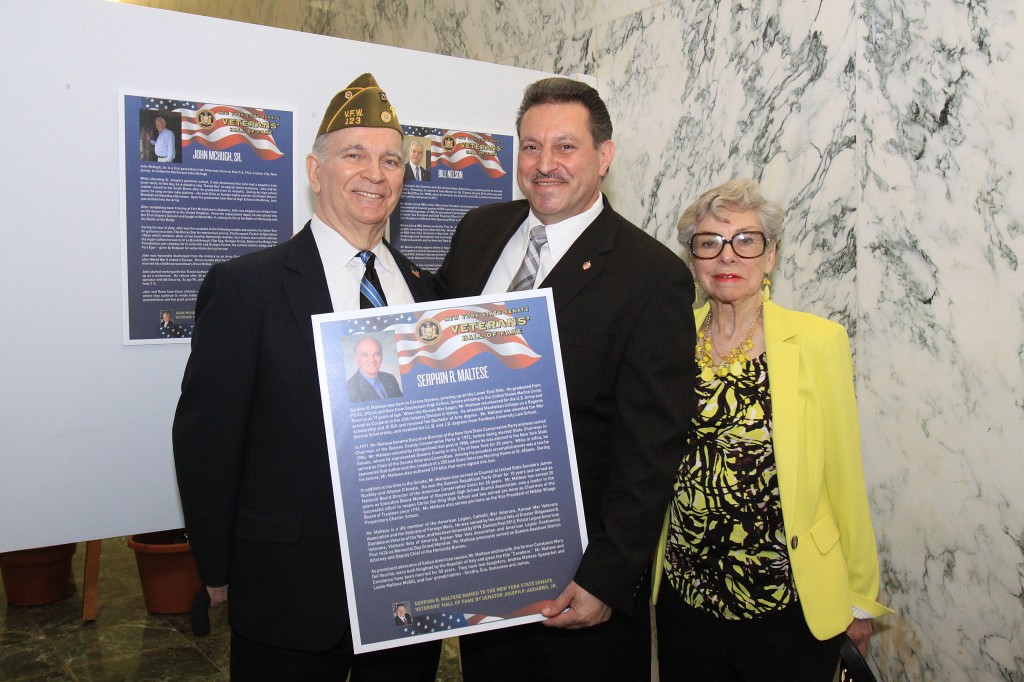 Serphin “Serf” Maltese has been many things in his lifetime – including a 10-term state senator and a Queens assistant district attorney, to name just a couple.

But before his career as a politician and an attorney, Maltese served in the Korean War as a member of the U.S. Army, and this service inspired state Sen. Joe Addabbo Jr. (D-Howard Beach) to select Maltese to be inducted into the state Senate Veterans Hall of Fame.

“It’s an honor to recognize Serf in this capacity,” Addabbo said of the longtime Middle Village resident and former Republican legislator. “His dedication to not only the borough of Queens but to the nation is undeniable. He committed his life to public service, in every sense of the word, and took it upon himself to keep his people both safe and happy. People like Serf are few and far between.”

Maltese and his wife, Constance, whom he married in 1955 in Elmhurst, joined Addabbo in Albany, where he officially became a member of the Hall of Fame. 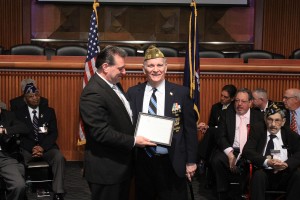 A Corona native, Maltese enlisted in the U.S. Marine Corps when he was 17 years old. When the Korean War began, he volunteered for the U.S. Army and served as corporal in the 45th Infantry Division.

After his service, he went on to attend Manhattan College on a Regents Scholarship and GI Bill and Fordham University, where he earned his LL.B and J.D. degrees.

He often focused his efforts on supporting Queens’ veterans community, and in 1990 he was the prime sponsor of legislation that authorized the creation of the 250-bed state Veterans Nursing Home at St. Albans. Maltese has also been honored by various local and national veterans groups and is a life member of the American Legion, Catholic War Veterans, Korea War Veterans Association, and the Veterans of Foreign Affairs.

“Serf has been rightfully recognized for his service, both in and out of the armed forces before, and now I’m happy to see him back in Albany,” Addabbo said. “It’s always hard to pick just one person from the district, but it’s only fitting Serf join the other Hall of Fame vets who sacrificed so much.”