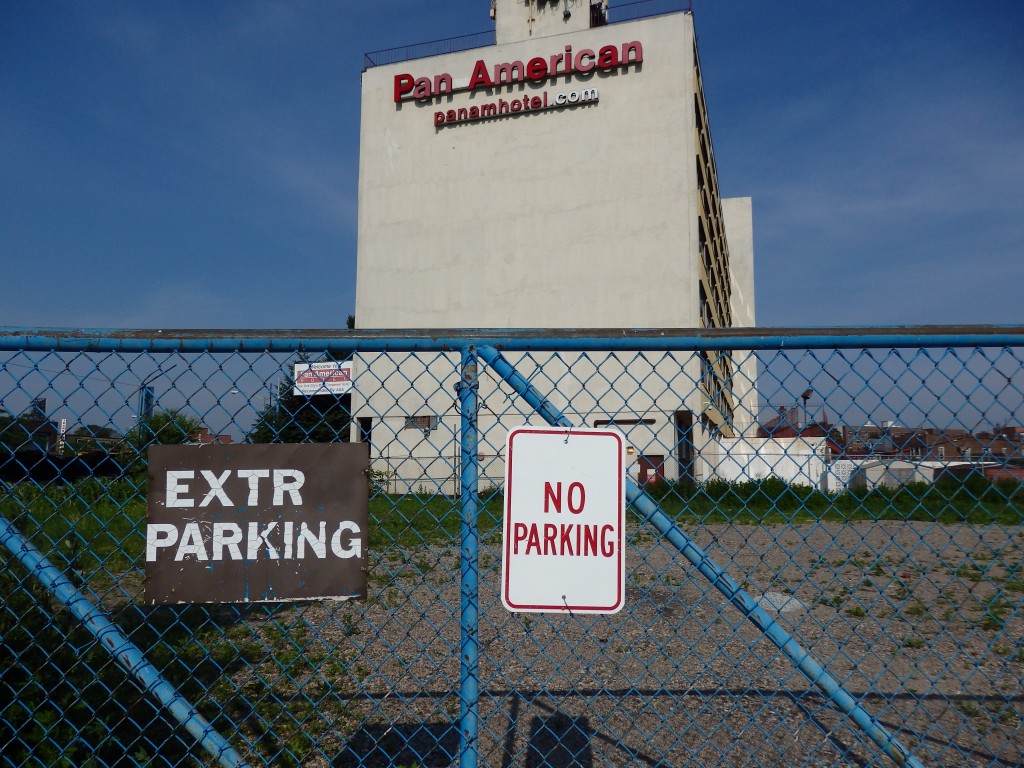 The city has moved about 41 homeless families into the former Pan Am hotel building, causing widespread protest among residents, civic leaders, and elected officials.
Photo by Phil Corso

The people of Elmhurst came out in big numbers Tuesday evening to make sure the Pan American Hotel heard their message.

“No shelter,” was the rally chant as more than 1,000 residents filed in for a protest outside the building, which officials said was being transformed into a homeless shelter on the heels of a hush-hush agreement with the city. People were flooding the sidewalk and street along Queens Boulevard with the sun beating down as a makeshift spotlight for vehicles passing by.

City Councilman Daniel Dromm (D-Jackson Heights) said the nonprofit Samaritan Village was considering turning the building into a shelter, spurring the city Department of Homeless Services to start moving in late last week. The decision came just weeks after DHS Assistant Commissioner Lisa Black told residents in Middle Village that Pan Am was not suitable for families and children.

As of Monday night, Dromm said 41 families had already moved into the hotel, all without his office being properly consulted beforehand.

“We feel we were lied to,” Dromm said. “We don’t want this kind of negative impact on our community.” 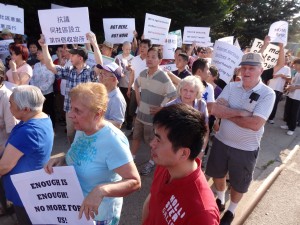 About 1,000 people protested the city turning the former Pan Am hotel building into a homeless shelter earlier this month.
Photo by Phil Corso

Roe Daraio, president of the COMET Civic Association, helped organize the rally after she said her group was outraged with the city selecting Pan Am as a homeless shelter – one block away from the Metro Family Residence shelter – without consulting the community. The civic leader said housing 216 families inside the hotel would essentially be human warehousing and a detriment to the neighborhood.

“The city’s decision to warehouse the homeless not only affects their quality of life, but also the community’s quality of life by overburdening their already stressed services such as schools and hospitals,” she shouted into a megaphone with a crowd of protestors around her. “Give people a permanent home. Give them the opportunity to become part of a community. Give them a chance to be independent.”

Joining Dromm in the rally against the DHS was state Sen. Toby Stavisky (D-Flushing), who said in a statement she has yet to receive information on the use of Pan Am as a shelter.

But not everyone at the rally was opposed to the site being converted into a shelter. Members of the Young Governors youth organizing program made sure their voices were heard as well, speaking as young members of the Elmhurst community. The protest, they argued, was degrading to the families already housed inside the hotel.

“It is our job to help the community,” said 16-year-old Katherine Chilaca.

Tala Haider, an 18-year-old leader of the youth group, went so far as to say there should be even more shelters in the community to help the neediest families throughout the city and state.

Samaritan Village has already been in the hot seat as it explored another homeless shelter proposal at 78-16 Cooper Ave. in Glendale, which could potentially house 125 families. That site, just like Pan Am, resides within District 24 – one of the most overcrowded school districts in the city.

View a video of the protest by clicking the link below: