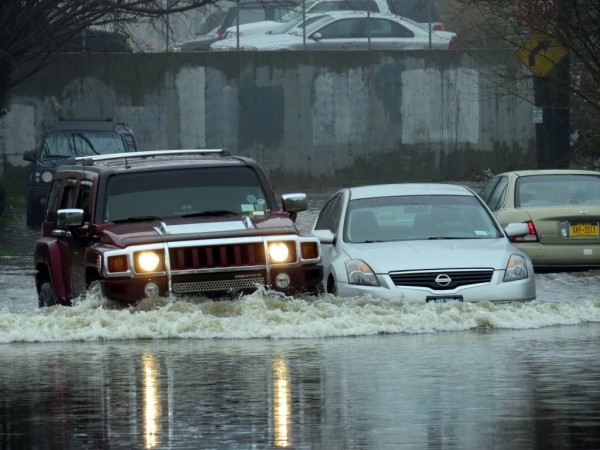 The city Department of Environmental Protection has not finished a final report on the April 30 flood that damaged hundreds of homes in Lindenwood, but city Comptroller Scott Stringer is able to move forward with reimbursing those who suffered damage without the report. Photo by Robert Stridiron

The city Department of Environmental Protection has not finished a final report on the April 30 flood that severely damaged homes in Lindenwood, but city Comptroller Scott Stringer said his office would move forward with reimbursing those who suffered damage without the report.

Though residents have become impatient with the city’s progress in helping them, the comptroller’s office said its inspectors have been out in the community, evaluating homes that were damaged and in need of repair. The comptroller’s bureau of law and adjustment has given his office permission to move the claims reimbursement process instead of waiting for the DEP.

“As of this week, the comptroller’s office has started making offers of settlements to flooding victims, while inspections of additional homes continue,” a spokesperson for Stringer said.

The Howard Beach-Lindenwood civic sent a letter to Mayor Bill de Blasio on July 23 expressing frustration with the DEP’s progress in producing a report. In the letter, the civic said its members felt that when the DEP took responsibility for the flooding in May, residents should have been promptly paid shortly after.

The civic argued that de Blasio should hold city agencies accountable for a timely resolution. It also took a jab at the mayor’s current vacation in Italy, arguing that residents in Lindenwood could not afford such a luxurious destination because of home repairs.

“As a former public advocate and someone who campaigned as person who cared about everyone, including the outer boroughs, your administration has done little for this small outer borough community,” the civic said in the letter. “The people of Lindenwood do not care whom the DEP has to go after for this malfunction; man up as they say, and do whatever it takes to get our residents the compensation they justly deserve.”

The letter also slammed the DEP for not showing up to the May civic meeting, and for DEP representatives Mario Bruno and Vincent Sapienza attending the June meeting, but not being in the position to answer questions.

According to a statement on the agency’s website, the agency discovered in May that an electrical system error at Spring Creek caused water to not be released into Jamaica Bay at the right time, causing a mixture of rainwater and wastewater to back up into streets and flood nearby homes. Spring Creek can hold 20 million gallons of rainwater and is where excess water gets redirected when the 26th Ward and the Jamaica Wastewater treatment plants exceed their holding capacities, the agency said. Some residents in New Lots, Lindenwood and Howard Beach reported flooding damage that was worse than during Hurricane Sandy.

A flood prevention meeting was held on July 9 by the Howard Beach-Lindenwood Civic, inviting residents to voice their frustrations, learn about how to better protect their properties from flooding and hear what the DEP is doing to reimburse them. DEP Commissioner Emily Lloyd said residents have told her they had not seen chronic flooding like they did in April in quite some time.

“We’re trying to understand a variety of things that are going on,” Lloyd said. “We’re looking at things we can do quickly, like green infrastructure, that won’t take a long time to construct.”