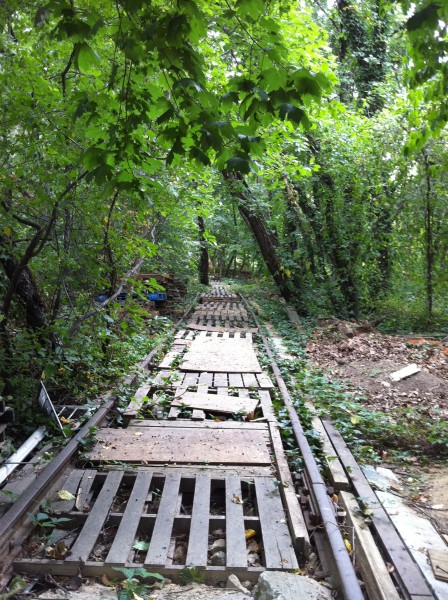 Transportation advocates are revving up their efforts to improve the southern part of the borough’s access to public transportation.

Elected officials and community leaders called on Mayor Bill de Blasio last week to make ferry service to the Rockaway peninsula a permanent endeavor before it expires in October. Those same advocates also took to a state Assembly hearing last week to advocate for the revitalization of the Rockaway Beach Rail Line.

Queens Borough President Melinda Katz joined with state Assemblyman Phil Goldfeder (D-Rockaway Park) last week in calling on both de Blasio and the Port Authority of New York and New Jersey to make the Rockaway ferry service permanent. Both cited overwhelming support from the southern Queens community and argued it would spur economic growth in that part of the borough.

This week, Goldfeder spoke alongside constituents at an Assembly hearing for the Committee on Corporations, Authorities and Commissions to discuss the Metropolitan Transportation Authority’s 2015-2019 Capital Program, delivering five hours of testimony for an improved transit system.

“I made it clear to the MTA that transportation is key to our Sandy recovery and success,” Goldfeder said, citing the horrific superstorm that swept through the northeast in 2012. “In addition to improving the terrible service on the A train, the MTA must remove the toll on the Cross Bay Bridge for every Queens resident, increase bus service and restore the Rockaway Beach Rail Line.”

Earlier this summer, the MTA included the revitalization of the abandoned Rockaway Beach Rail Line in its 20-year Capital Needs Assessment Report, which Goldfeder and other transportation advocates applauded. Residents throughout the southern part of Queens have repeatedly argued that bringing back the railway would allow for quicker commutes to Manhattan from Queens while giving a boost to the city economy.

“It’s so easy for the MTA to ignore small communities,” said John Rozankowski of the Queens Public Transit Committee. “Northern Queens is bustling with economic activity, however, this growth cannot reach southern Queens because of Forest Park. There is only one possible channel: the Rockaway line. Reactivation would mean small businesses taking over abandoned and foreclosed homes providing local jobs and also giving southern residents equal opportunity to compete for jobs in the north.”

Another transit upgrade that Goldfeder plugged included the removal of tolls for Queens residents traveling along the Cross Bay Bridge. In his testimony, the assemblyman said residents of Ozone Park and Howard Beach should especially be exempt from the toll in order to encourage travel and economic growth for the southern part of the borough.

“In the immediate aftermath of Sandy, we experienced firsthand the detrimental impact that the lack of public transit has on our families – in order to plan for our future growth, we must invest in vital transit infrastructure now,” he said. “There is no debate, improving current subway lines, increasing service and investing in projects like the Rockaway Beach Rail Line will benefit every resident of New York City.”