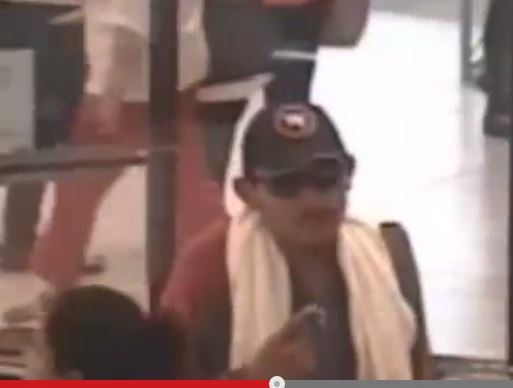 The suspect was identified on a police video taken at the
scene. Photo courtesy of NYPD

Police this week were still searching for a man they say sexually assaulted two women inside Queens Center Mall last Thursday. Cops said that around 3 p.m. the suspect approached a 25-year-old female employee of a clothing store inside the Elmhurst mall, placed his hand along her legs and grabbed her genital area over her clothing. He then fled the scene, but approximately five minutes later, he approached a 34-year-old female from behind, put his arms around her waist and began rubbing his groin area on her buttocks, over the clothing. The suspect, who was captured on mall security camera footage, is described as a 30- to 35-year old Hispanic man with dark hair, approximately 6-foot-1, 200 to 230 pounds. At the time of the incidents he was wearing a blue varsity jacket with red sleeves, black sunglasses, dark jeans, white sneakers, a black baseball hat, a white scarf while carrying a briefcase. Anyone with information in regards to these incidents is asked to call Crime Stoppers at 1-800-577-TIPS (8477). The public can also submit tips by logging onto nypdcrimestoppers.com or by texting 274637 (CRIMES) and entering TIP577. In the 110th Precinct, which covers Corona and Elmhurst, reported rapes and felony assaults are both down 10 percent from last year, according to the latest CompStat numbers. 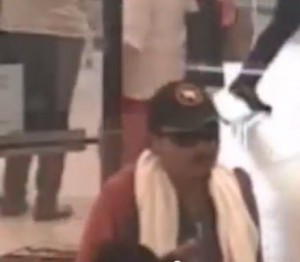 The suspect was identified on a police video taken at the scene. Photo courtesy of NYPD