Mayor Bill de Blasio visited some of the damaged houses after the Nov. 30, 2019 disaster.

As the one-year anniversary of the South Queens sewage flood disaster approaches, attorneys for many of the homeowners affected by the incident say the City has failed to negotiate in good faith to pay for the damage incurred in their residences.

“Incredulously, the City’s reason for offering less than fair market value on everything that was lost, which had to be replaced and rebuilt, was that our clients do not all have a complete inventory of lost items with photographs of the items,” said Craig Phemister of Napoli Shkolnik PLLC. “The City’s position is abhorrent, given that the City is the one who rushed in to remove all the contaminated items. The City should have been the ones to properly inventory and photograph the removed items before disposing of them.”

In a December 2019 Department of Environmental Protection report, the City admitted that the collapse of an old pipe installed 32 years ago 40 feet underground along 150th Street near South Conduit Avenue caused an extensive flood of raw sewage on Nov. 30, 2019 that damaged more than 70 homes in South Ozone Park and Jamaica.

The DEP even stated in the analysis that it “accepts responsibility” for the calamity. 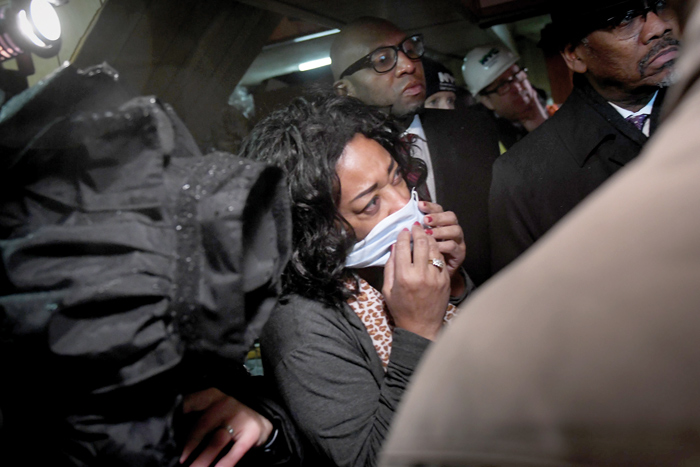 The City has confirmed that more than 70 homes in South Ozone Park and Jamaica were affected by flooding. File Photo

Napoli Shkolnik has filed a lawsuit “against the City to recover all that was lost and had to be replaced or repaired due to the City’s negligence in installing and maintaining the sewage system in Ozone Park,” Phemister said.

“It is imperative that the City take action on this, as they promised they would,” he added.

According to the DEP, the “road collapsing due to the subsidence of overburden demonstrates that the 42-inch sewer constructed in 1987 is significantly collapsed, and that any other cause for the November 30th blockage is extremely unlikely.”