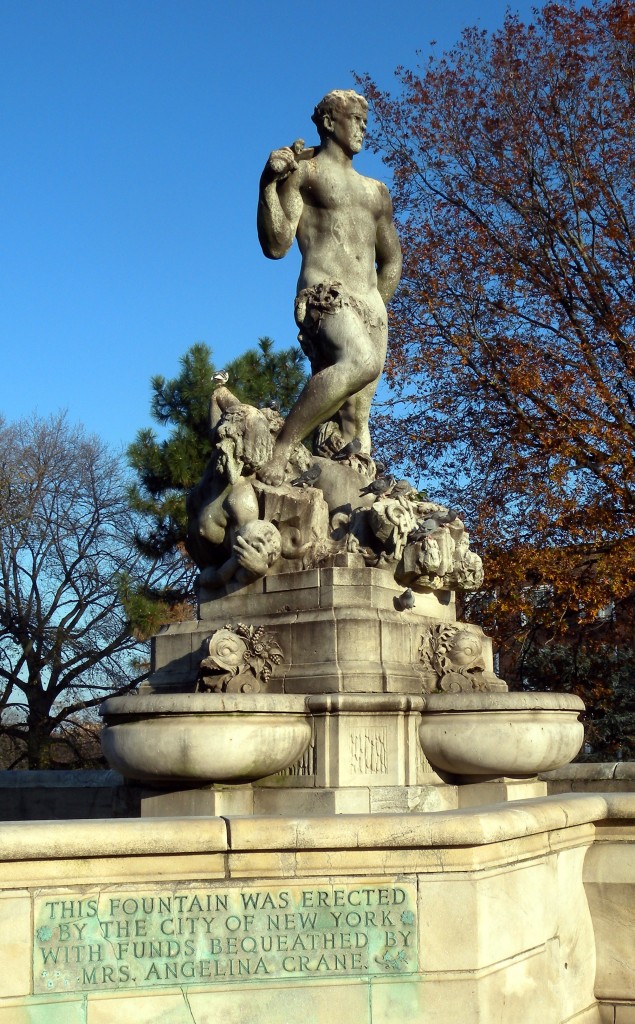 The Civic Virtue sculpture standing in front of Queens Borough Hall has become the center of a debate on arts heritage.

The 23-foot tall statue, symbolizing the triumph of good government over vice and corruption, depicts a male figure standing over two female “vices” prone at his feet. Some residents and officials have decried the statue’s sexist nature, while others decry its deplorable condition.

Michele Bogart, an art historian that has written about Civic Virtue for 20 years, spoke at the Community Board 9 meeting on Tuesday.

“In a way time is running out for Civic Virtue,” she said.

She said that U.S. Representative Anthony Weiner, who mockingly put the statue up for sale on Craigslist.com earlier this year, unwittingly brought attention to the fight for the statue’s restoration.

Bogart is a part of a larger effort to restore Civic Virtue.

She noted that the Borough President brought the sculpture to Queens in 1941 and letting it disintegrate or be moved would be an even bigger embarrassment than the disrepair it’s in now.

Councilwoman Karen Koslowitz (D-Forest Hills) spoke to the board after Bogart and noted that the only reason the BP brought the statue to Queens Borough Hall was because former Mayor Fiorello La Guardia said “’get this statue out of here.’”

As for the restoration of the statue, Koslowitz said there are more pressing expenses such as parks and schools.

Mary Ann Carey, CB 9 District Manager said that after Weiner’s publicity stunt, and the subsequent news coverage, many people came forward asking where they can donate money. Carey said the board is looking for an organization that can legally accept donations to take on the cause.

“I understand there’s no money [in the city], but we’re looking for someone that would be a beneficiary for the arts,” Carey said.