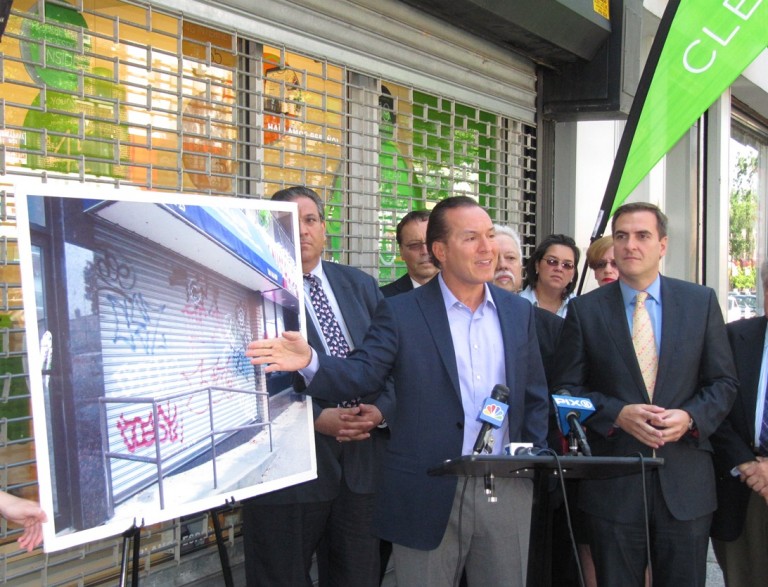 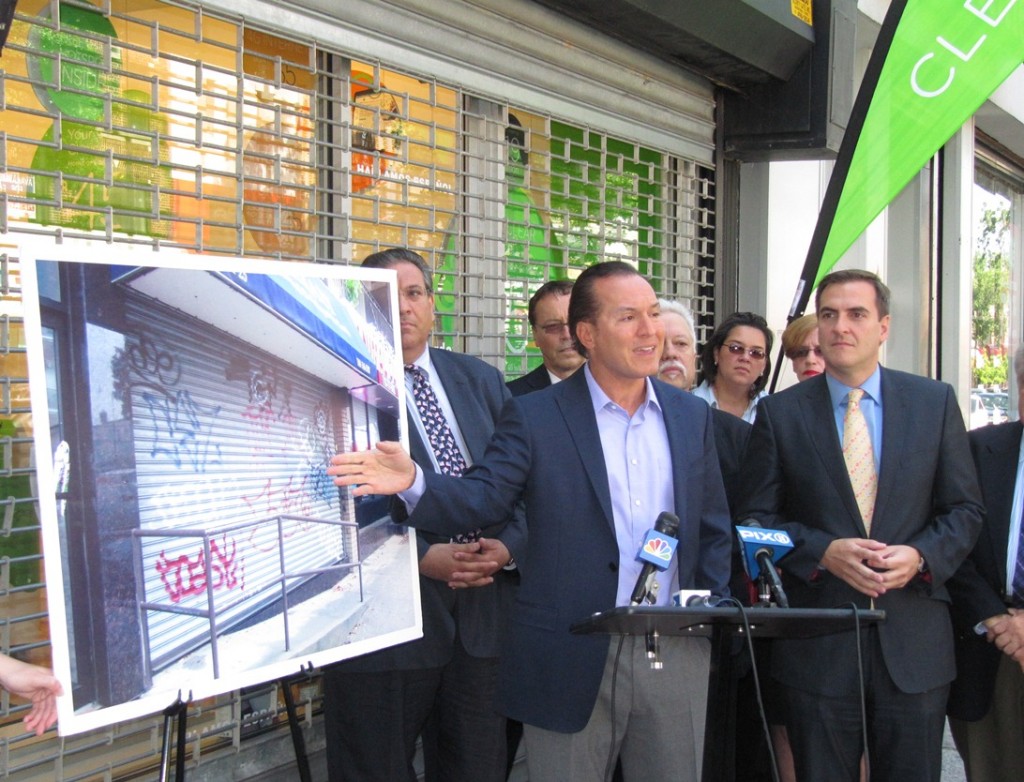 Vallone (D-Astoria) had taken up the cause championed more than a decade ago by former Congressman Anthony Weiner, who was a councilmember at the time. As chairman of the Council’s Public Safety Committee, Vallone worked for four or five years on the bill before it was passed in late 2009.

On July 1, the law officially took effect, and all new roll-down gates installed on storefronts must be 70 percent transparent. Businesses with the old, solid roll-down gates will have until 2026 to transition to the new required shutters.

“This bill not only helps first responders when they are called to protect our businesses, but it carries the additional benefit of beautifying our city’s landscape,” Vallone said. “Currently, many of our vibrant blocks quickly transform into dark, graffiti-strewn metal alleyways when solid security gates are rolled down at night. We are now giving business owners a new tool to improve their communities at their own pace.”

The law also requires the Department of Buildings (DOB) to develop an outreach program alerting businesses, development corporations, chambers of commerce and community boards of the new requirements. Over the past year, the DOB has been preparing communities for the change.

While the motivation for the bill was deterring graffiti, Ted Renz of the Myrtle Avenue Business Improvement District said there are many other benefits, including to police officers and first responders who are able to easily see inside storefronts through the new gates.

“If lights are on in the buildings the streets will be brighter, people will be able to window shop and if an alarm goes off, the police can see what’s going on inside,” Renz said. “Also, if a fire starts, people will see it from the street, before too much damage is done.”

Renz said the Myrtle Avenue BID has been offering a subsidy to businesses replacing their gates. The meshed gates are more expensive—roughly $10,000 more than the solid gates.

“If people see nothing but roll-down gates, they might think the neighborhood isn’t safe,” Renz said. “Perception is sometimes stronger than reality.”

Nevertheless, some owners have complained about diminished security.

“I can see how a store owner can think it gives them extra security, but [solid gates] are magnets for graffiti and some store owners don’t do anything about it,” said Ed Wendell, president of the Woodhaven Residents Block Association.

While offering a less appealing slate for graffiti vandals, the slats in the gate would allow vandalism to find its way directly to the storefront, creating an eyesore that can’t be rolled up during the day.

However, Wendell doesn’t think it’s likely that vandals will deface storefronts as often. “The whole purpose of the graffiti is to be recognizable. It won’t be through the new gates,” he said.

Wendell, who has fiercely combatted graffiti in Woodhaven through neighborhood cleanups and vigorous reporting to police and 311, said he think the gates are a step in the right direction, but far more needs to be done.

“The way to combat graffiti is to stay on top of it, and keep erasing it,” he said. “They’ll just find somewhere else to tag when the gates are gone.”

As of July 1, all new gates must comply with the law.

Violators face a $250 fine for a first offense and $1,000 for each subsequent offense.  Between July 1, 2011 and June 30, 2026, business owners will not be penalized for non-conforming gates if they correct the violation within 90 days or demonstrate that the gate was installed prior to July 1, 2011. After July 1, 2026, an owner can avoid a penalty if the non-conforming gate is replaced in 90 days.

Solid security gates will still be permitted for buildings that use them as the main entrance, where the gates are essential to business operation. Landmarked buildings may also keep solid gates.