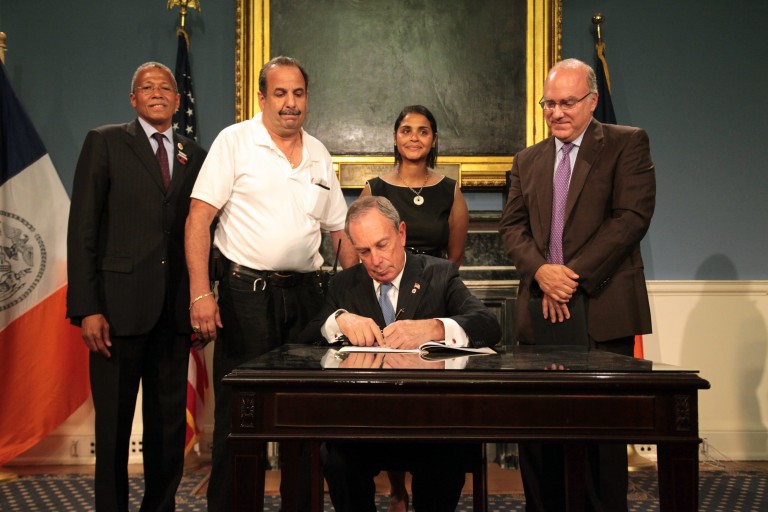 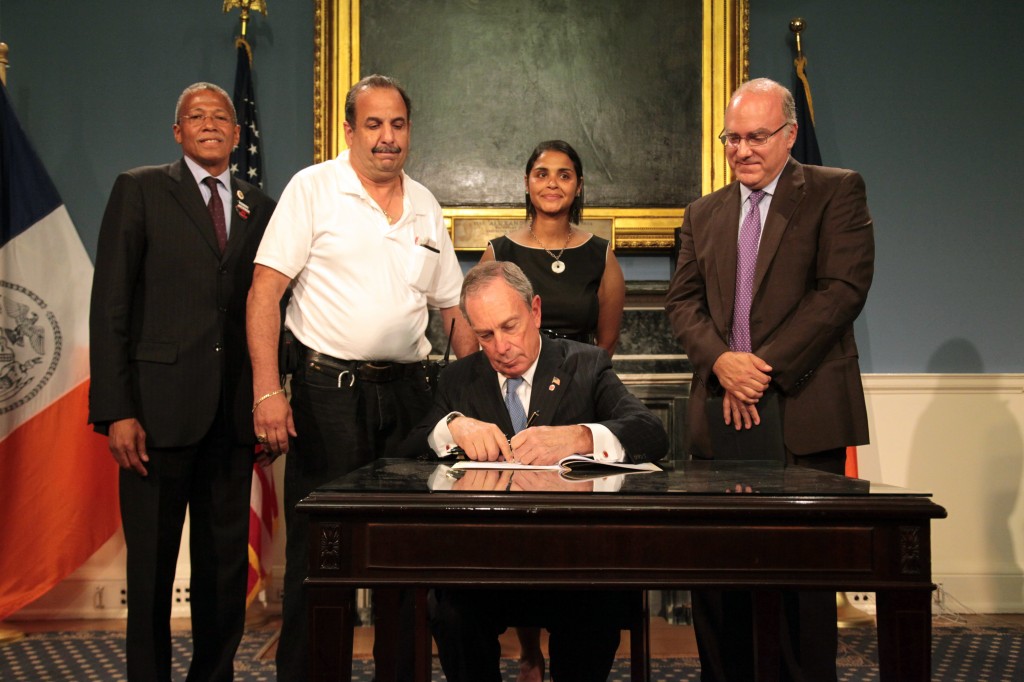 As the Department of Consumer Affairs prepares for a hearing on the removal of a Maspeth towing company from the city’s accident response program, Mayor Michael Bloomberg signed a City Council bill that will increase penalties for operators that violate towing laws. The bill was one of seven signed by Bloomberg on Monday.

Introduced by Councilwoman Diana Reyna (D-Bushwick), the towing bill will increase penalties for tow truck drivers that price gouge, refuse service or improperly store vehicles. The bill will also raise towing fees—increasing pay for those drivers that do perform a valuable service.

“Because tow operators haven’t received a rate increase in nearly a decade, this bill helps them make a decent living,” Bloomberg said. “But the bill also puts into place important consumer protections, ensuring that motorists who need towing are treated fairly and that the bad actors—those tow operators who fare gouge, refuse service, or don’t accept credit cards, to name a few—are properly penalized, and in some cases, taken off the road.”

On November 8th, the rates for towing, will increase to $125 plus storage fees in most cases.  Penalties for tow operators, now between $250 and $2,000, will increase to between $500 and $3,000. The bill also mandates license suspension and revocation for repeated violators.

Bloomberg also approved rate increases impacting the Taxi and Limousine Commission, the Department of Buildings (DOB) and the Board of Standards and Appeals

The fees for licenses and inspections of yellow taxis and for-hire vehicles will increase from $60 to $84, the minimum Buildings Department application filing fee will now range from $130 to $280, and fees for Board of Standards and Appeals applications will increase anywhere from 25 to 100 percent.

Another two bills will require the Department of Education to post data regarding student discharges, transfers and school closures.

“Armed with the information contained in these reports, the Department, the Council, and parents will have the information they need to work together to ensure the best outcomes for students who leave a school or whose school closes before they graduate,” Bloomberg said.

On a lighter note, Bloomberg approved the renaming of 56 streets and thoroughfares throughout the city, 15 of which were in Queens.

The new streets include Dominick Berardi Way at 149th Street and 32nd Avenue in Murray Hill, named for a victim of the 9/11 attacks, and Geraldine Ferraro Way at Ascan Avenue at Austin Street in Kew Gardens, named after the iconic former New York politician.