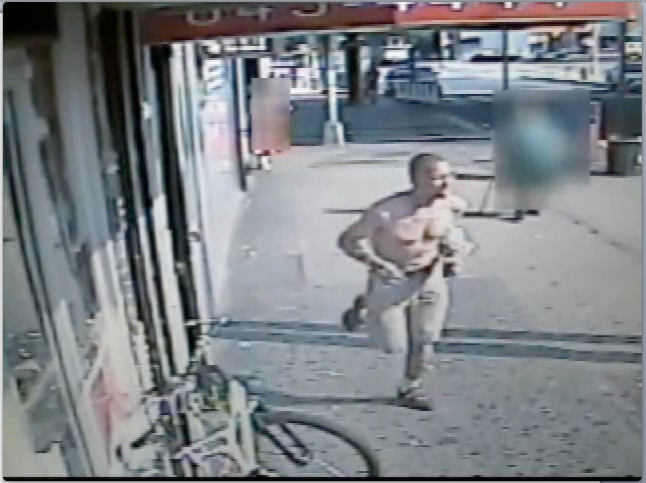 The 106th Precinct is looking for a man who snatched cell phones from unsuspecting women in Ozone Park last week.

According to the police, the suspect, who is described as a slim black man, approximately 6 feet tall and between the ages of 30 to 40, approached his victims, verbally abused them, grabbed their cellphones and fled on foot.

Surveillance footage released by the NYPD shows the suspect wearing khaki shorts and reading glasses running from the scene holding his white t-shirt in his hand.

Anyone with information is asked to call Crime Stoppers at 800-577-TIPS (8477). Tips may also be submitted at the Crime Stoppers’ website at nypdcrimestoppers.com or by texting tips to CRIMES (274637) and entering TIP577. All calls are strictly confidential.