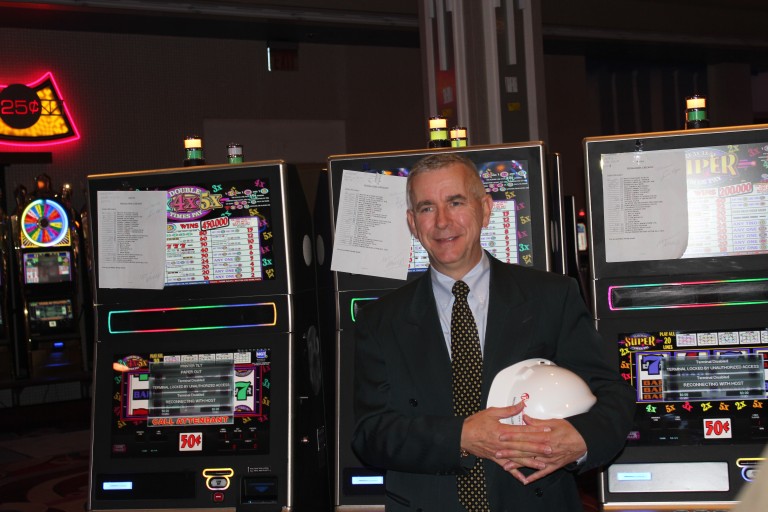 With Resorts World Casino set to open its casino at Aqueduct Racetrack soon after a year of construction, many local residents and officials will be eagerly awaiting what effects it will have on the community.

The casino, which will open on Friday, October 28th at 1:00 p.m., will offer residents a chance to gamble close to home and

bring thousands of jobs to the area, according to Resorts World President Michael Speller.

“This project has created more than 1,350 jobs and together we’ve built a truly state-of-the-art entertainment facility for the borough of Queens and beyond,” Speller said. “The grand opening is the result of the vision and hard work of so many different people – both our unbelievably hardworking construction crews that have seen the project through from the beginning and our top-notch permanent staff who have worked tirelessly to ensure we are able to introduce the very best of what Resorts World represents to New York City today.”

Queens Community Board 10 Chairwoman Betty Bratton said that the board is pleased that a specific date has been set for the casino and commended Resorts World for its fast construction of the building.

“The fact that they will open exactly one year from the groundbreaking is fantastic,” Bratton said.

State Senator Joseph Addabbo (D-Howard Beach) said that the local community stands to benefit the most from the casino opening.

“I believe that with the opening of Resorts World, the surrounding communities will benefit from the initial saving of the Aqueduct Racetrack, job creation, quality social amenities and an optimistic future for the site and neighborhood,” Addabbo said.

Although the casino will bring many jobs to the area, local politicians and community members have expressed concerns that, the project will lead to a spike in traffic and crime in surrounding neighborhoods.

At last week’s Community Board 9 meeting, Addabbo said that jobs, traffic and public safety will be the three most important issues to examine as the casino operates in the coming weeks and months. He warned community members at that meeting that the casino area will be extremely busy as people rush to go to the facility after it first opens.

“Traffic will be bad, I’m not going to sugarcoat it,” Addabbo said.

In an attempt to keep traffic and commotion down around the area, Judy Close, Addabbo’s press secretary, said that there will be no opening ceremony for when the casino opens.

As for public safety, Kenny Zorn, community affairs officer in the 106th Precinct, said in an interview last week that they will send additional police forces to patrol the casino area when it first opens, but they will not be permanently stationed there. According to Zorn, the extra police officers will be there until they can determine the cost of keeping the officers patrolling that area. He said that the amount of crime activity will ultimately determine how many officers are assigned to the casino location. He added that off-duty police officers can sign up to patrol the inside of the casino and their salary would be paid by Genting, the casino operator.

When the casino opens on that Friday afternoon, there will still be some areas of the facility that will not open immediately.

The 5th Avenue and Crockford Casinos and the Central Park Events Center will be opened over the next two months. The two casino spaces, which are on the second floor of the casino facility, will have an additional 2,515 lottery terminals and electronic games for its customers. The events center is 130,000 square feet and can hold approximately 5,000 people. In addition to the casino spaces, by the end of 2011, a covered sky bridge will open, which will connect the casino directly to the Aqueduct A train station.