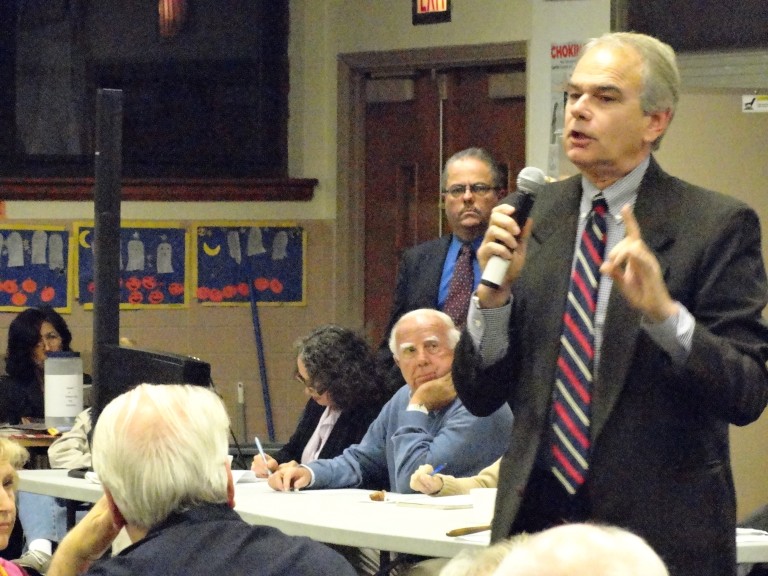 Crowley is a cosponsor of Intro 656, which sparked outrage among JCPA members about public safety. 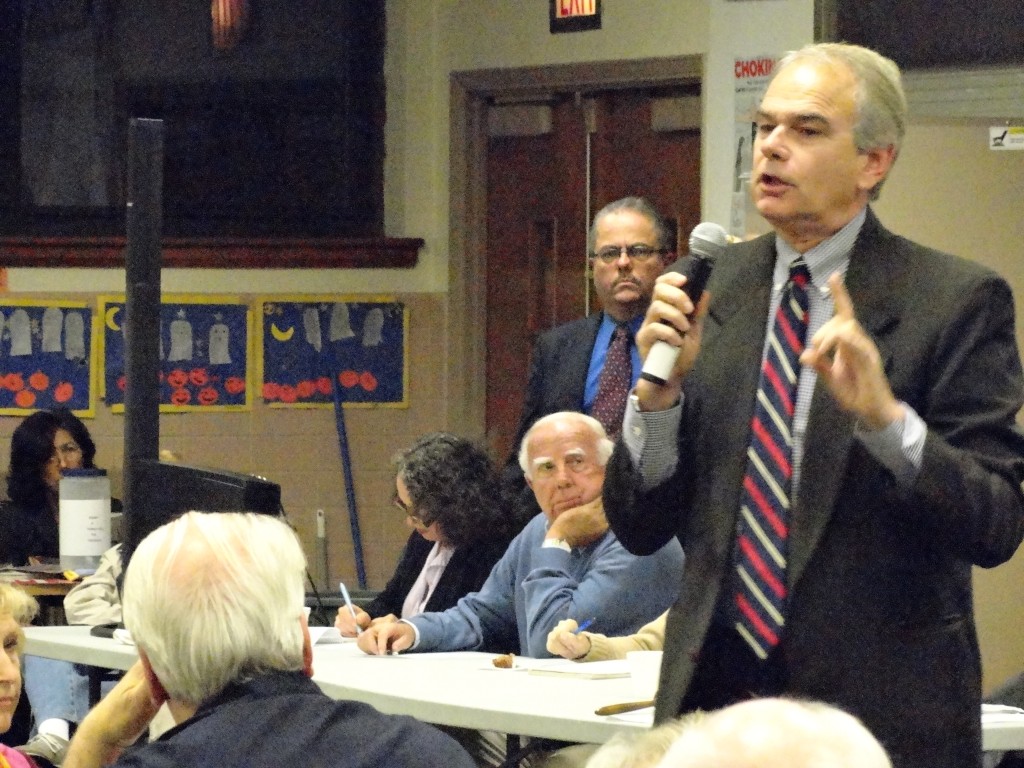 illegal immigrants for federal agents to deport if the subject has a clean record.

Currently, illegal immigrants are held up to 48 hours when Immigration and Customs Enforcement (ICE) requests it.

Under Intro 656, any illegal immigrants arrested would still be processed and held the amount of time New York mandates. But if the illegal immigrant is not a criminal defendant, has not been convicted of a crime, has no outstanding warrants, and is not identified as a known gang member or possible terrorist, he or she will be set free regardless of any request from ICE to detain them and without any notification to the federal government.

“Does anyone feel that we should protect criminals in Riker’s Island who are here illegal?” Bob Holden, president of JCPA, asked the crowd at the meeting. It answered with a resounding “No.”

Lydon Seeper, Crowley’s chief of staff, defended the bill, saying one of the largest problems in immigrant communities is a distrust of police and this bill aims to quell that. However, Sleeper mostly stayed quiet while members of the JCPA spoke.

“Why should [illegal immigrants] enjoy what this country has to offer when they didn’t go through the process of coming here legally,” said Manny Caruana, a JCPA board member who immigrated to the United States. “I may not be politically correct in saying this, but they gotta go. I’m sorry.”

Crowley’s office later issued a statement from the councilwoman saying, “Advocates on both ends of the political spectrum agree that the Department of Correction’s policy hurts families, hurts communities and impacts law enforcement. At a time when the entire country is discussing smart immigration reform, this bill presents a levelheaded approach to the City’s immigration policies.”

According to the pending legislation, ICE requested detainers on 3,506 inmates in 2009. Of those inmates about half had no prior convictions. That percentage held steady between January and November of 2010 as well.

Council members backing the bill say the current arrangement is at odds with the idea of assuming innocence until proven guilty and is hindering police work.

“… Because cooperation between DOC and ICE is smoothing and expediting the deportation process, such cooperation is eroding trust between immigrants and local law enforcement,” the legislation states. “Such mistrust may make immigrant crime victims less willing to come forward and make the communities of New York City less safe.”

Holden says the bill would do the exact opposite by leaving more illegal immigrants in the country. He and his supporters say someone here illegally should simply be deported rather than waiting for the redundant title of criminal illegal immigrant.

“If they’re picked up for a speeding ticket and found out they don’t have the proper certification and papers, they should be deported. What is wrong with that?” Holden said.

The bill has 29 sponsors in the 52-member council including Crowly, Karen Koslowitz (D-Forest Hills) and Ruben Wills (D-Richmond Hills). It has enough backing to pass and overcome a mayoral veto if needed.

Koslowitz, too, has publicly defended the bill.

“As we work to find a fair balance between public safety and the rights of individuals, this legislation aims to do just that,” she has said in a statement. “We need to do everything we can to build trust between immigrants and local law enforcement, as well make sure that those with no prior criminal records who have no outstanding warrants and are not on a terrorist watch list are treated justly under our legal system.”

“The City Council is ignoring federal law and claiming that people illegally in this country who are arrested for a crime are somehow required to already have been convicted of yet another crime before we even cooperate with federal authorities. As a former prosecutor, I can tell you that many dangerous criminals who have recently snuck into our country have no criminal record. This policy will only succeed in making our streets more dangerous,” he said in a statement.

DOC would still share inmate information with ICE and check a central terrorist database when illegal immigrants are arrested. However, Holden says in a city that’s seen the worst-case scenario of terrorism, he’s disgusted his councilwoman is pushing a bill he thinks endangers public safety.

“Coming from the City Council which used to be in the shadows of the World Trade Center, it’s just appalling,” Holden said.