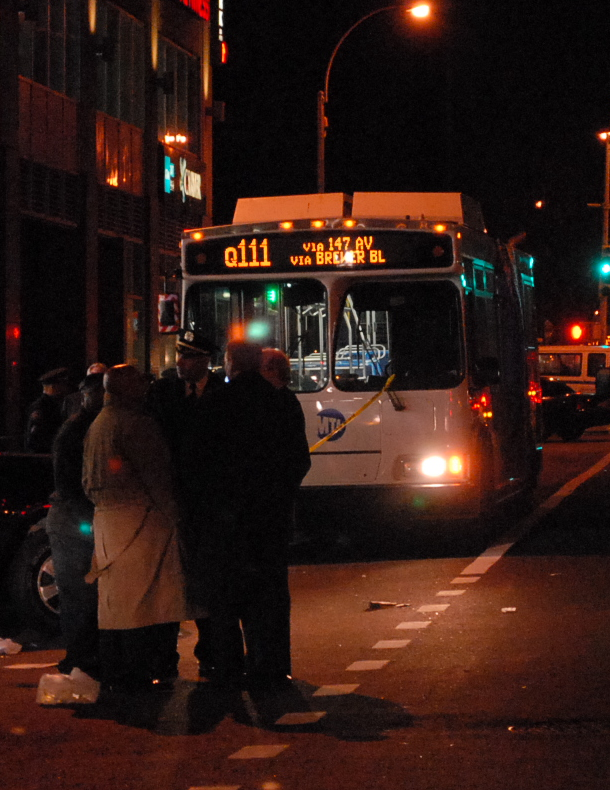 Following the random shooting of two bus passengers in Jamaica, the union that represents MTA bus drivers in Queens called for better security and asked the MTA to untie drivers’ hands when it comes to calling 911 on their own.

Corey Bearak, who acts as the political and policy director for the union, said Parsons Boulevard at Archer Avenue, where Friday’s shooting happened, is a problem area where the union wants more security because of illegal pickups by livery cabs and buses that add congestion. He also railed against an MTA policy that can have drivers written up for calling 911 during an emergency.

Bearak and Amalgamated Transit Union Local 1056 have been lobbying for months to have more patrols along bus routes, more cops at stops, more officers on buses.

They are also specifically asking the MTA to retire a phone policy they say cripples drivers in dangerous situations.

During an emergency or any incident on a bus, a driver is required to radio MTA’s bus command center. There, the decision is made whether to call NYPD, NYFD or other emergency services.

If the driver calls for help on his own— even during a shooting—he could be reprimanded.

“Unless they call the MTA they could get in trouble for it,” Bearak said. “Even if there’s a violent crime on the bus, even if they call 911.”

The MTA’s press office clarified that the policy forcing employees to call the MTA first is because drivers aren’t allowed to have per- sonal electronics with them while working.

“They’re not supposed to have personal cell phones. We don’t want anyone using any personal electronic devices while they should be driving.” Deirdre Parker, a spokesperson for the MTA said. “But I’m sure a lot of other people on the bus will call 911 directly.”

Bearak said that’s not enough and insisted drivers should have a direct line to emergency services so that the crucial decision is left in the hands of someone who is at the scene and may be in danger himself.

“There’s a lot of ways to deal with it, but the point is, it’s not just the driver’s safety, it’s the safety of passengers,” he said. “We’re talking about precious seconds, when minutes count.”