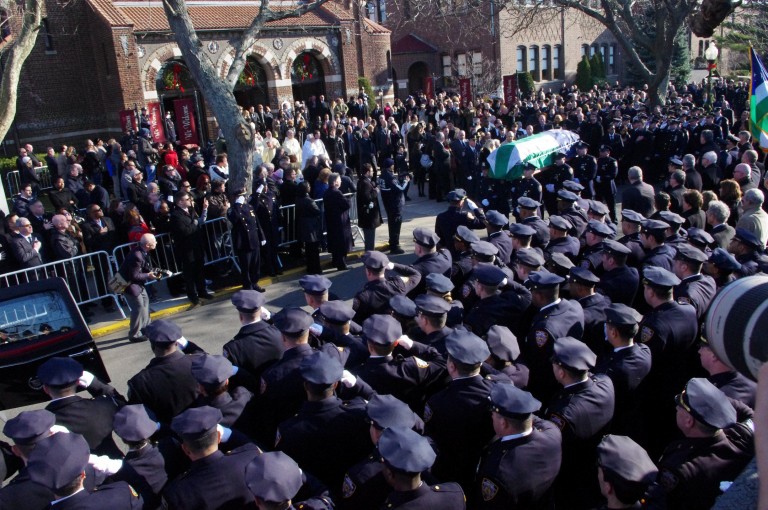 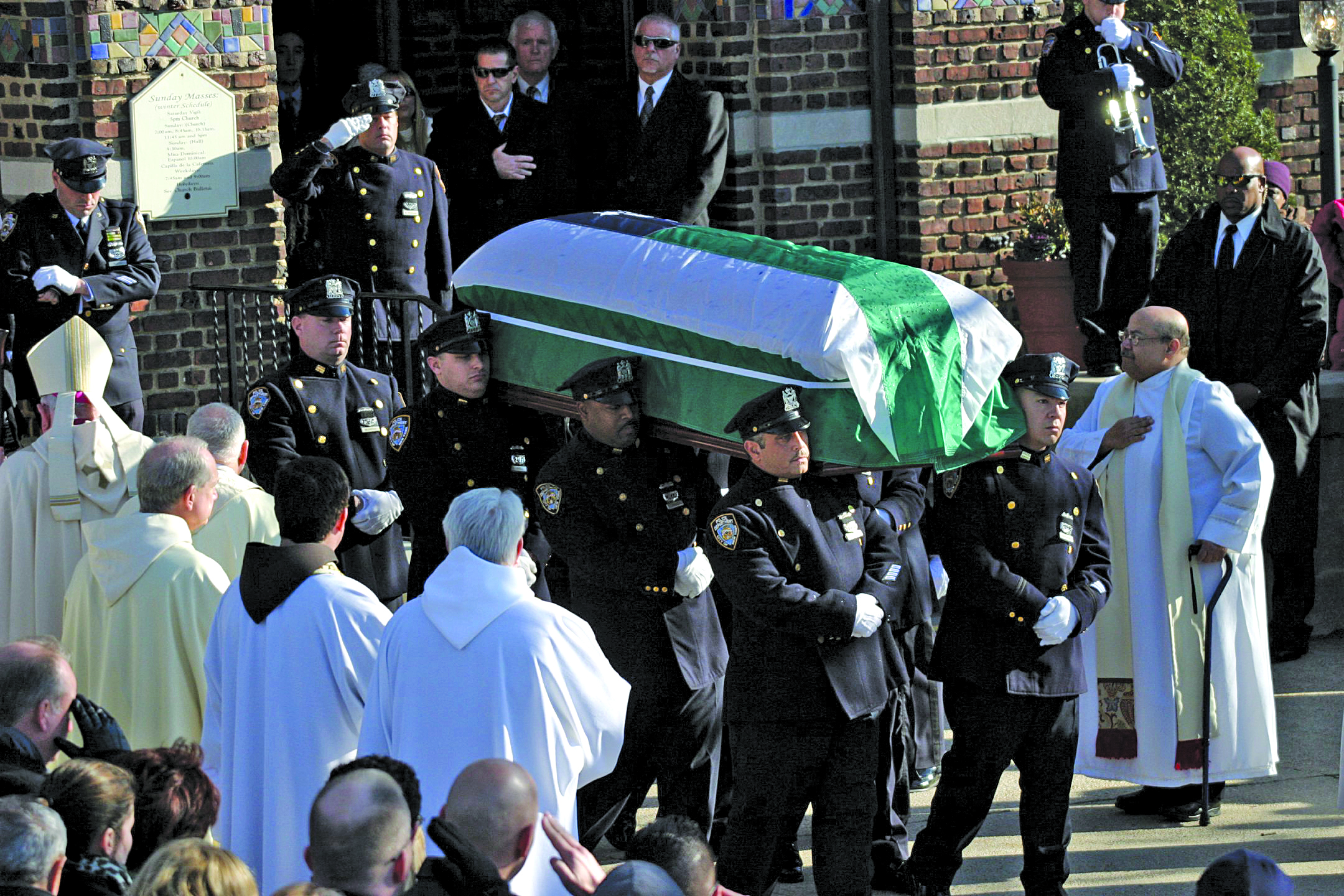 Police Commissioner Raymond Kelly and Mayor Michael Bloomberg were among those who spoke of Figoski’s 20-year career as a department hero and of his loving devotion to his daughters, family and friends.

In describing the unparalled commitment Pete Figoski had to his job, to the city of New York, and to his life, Mayor Michael Bloomberg, in eulogizing, offered these words, “About the only thing that does make sense is that on Pete’s final run he was called in as back-up – because Pete always had your back.”

And his beloved fellow officers have stepped up to take his back and help cover what was undeniably the central focus of the hero cop’s life—his four daughters, Christine, 19, a SUNY Oneonta undergrad; Caitlyn, 18, a SUNY Plattsburgh undergrad; and Caroline, 16, and Corrine, 14, high-school students in West Babylon, LI. 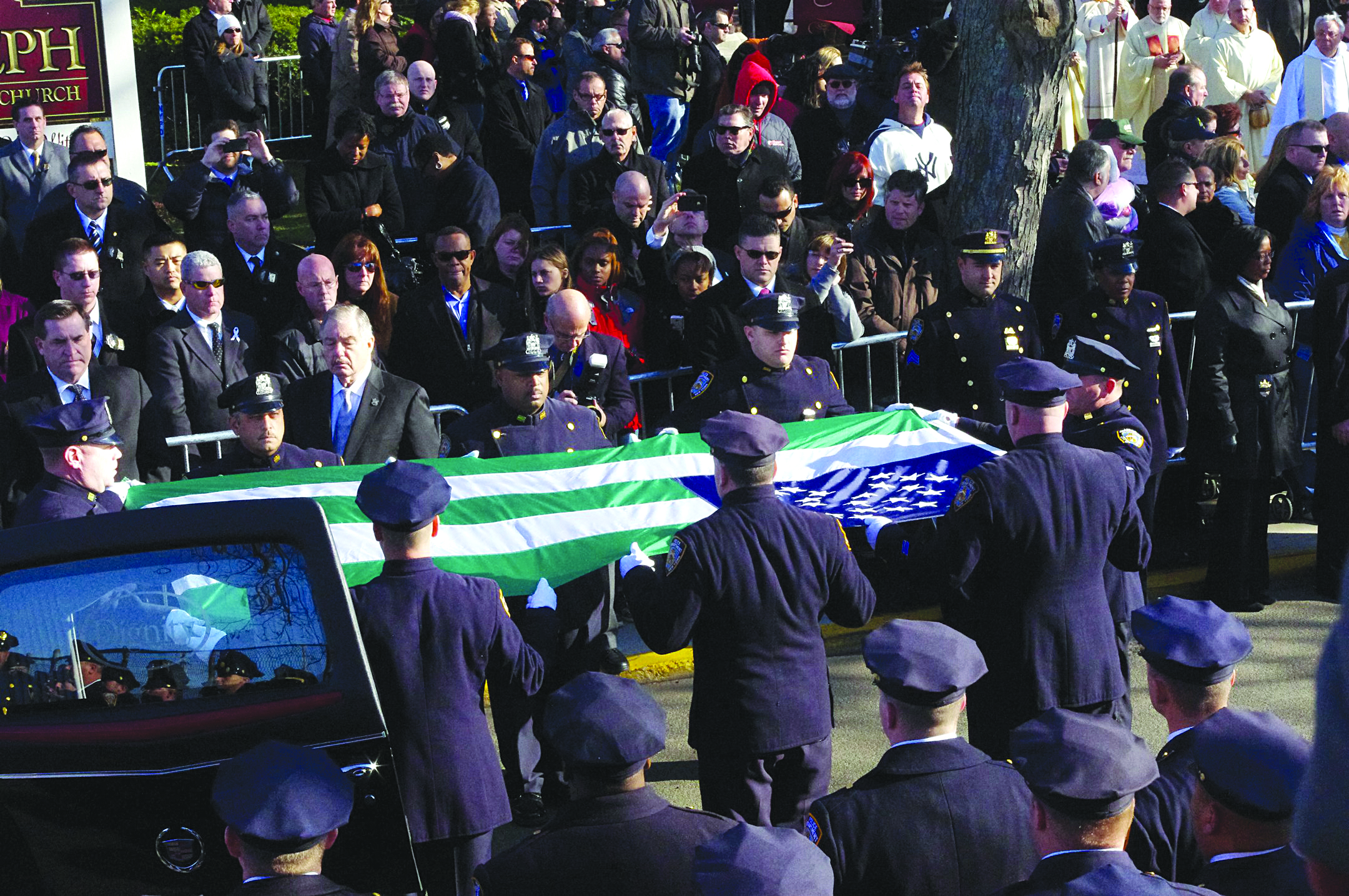 The NY Police Foundation has established the Peter Figoski Scholarship Fund which has logged more than $835,000 in contributions as of Wednesday. All funds will be used to set up a scholarship fund for Figoski’s daughters.

Donations have been pouring in from individual contributors, businesses and organizations in what has quickly become a matter of nationwide attention.

On the local level two area parishes, Holy Child of Jesus and St. Mary’s Gate of Heaven in Ozone Park are hosting an event at St. Mary’s on Thursday, December 22 to raise money for the Figoski family.

The parishes are working with the Make a Difference Christmas, a charitable organization begun in Ozone Park about 14 years ago by parish Deacon Thomas Heaphy. His daughter Ann Turner and family friend Thomas Flood co-chair the organization which works to brighten Christmas for local children.

“We make sure everybody gets a hat, scarf, coat and gloves and one thing off their wish list,” said Turner. “But this year, we are so taken by this tragedy that we wanted to do something special for this officer’s family.” Co-Chair Flood described the event as “a gesture of support for a fallen hero.” 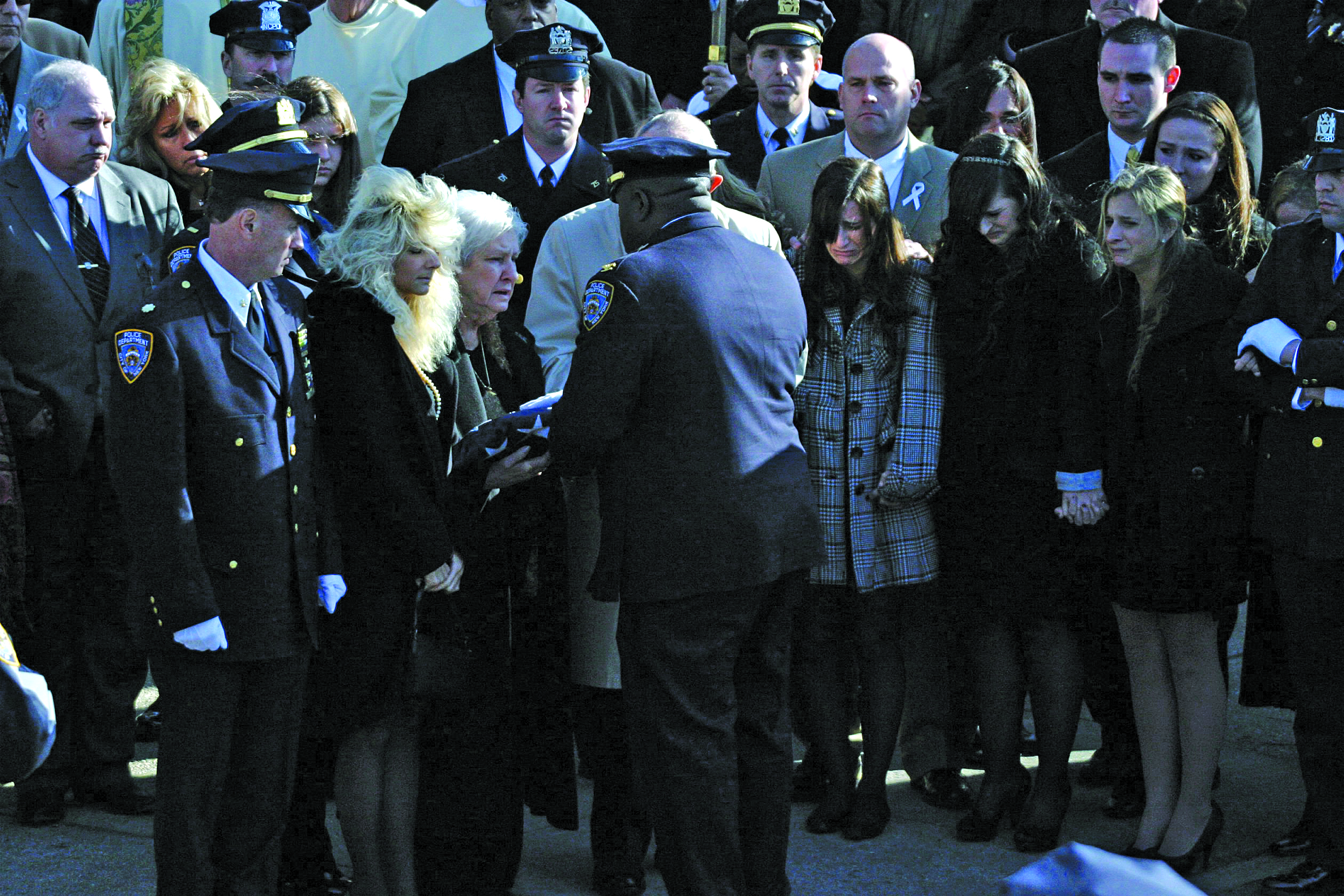