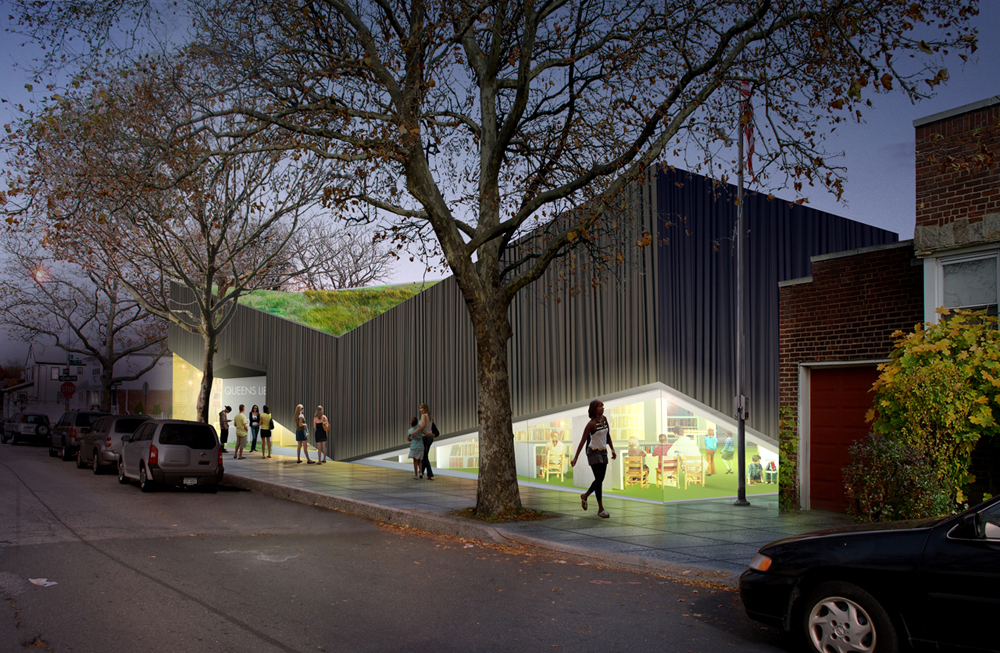 Plans to renovate the Kew Gardens Hills Library appear to be going full swing in progress.

Thanks to the city’s recent approval of funding, constructionon renovations at the library is set to begin early next year, library officials say.

According to information provided by the Kew Gardens Hills Library, the plan is to expand the current 8,220 square foot building by up to 3,000 square feet—bringing the facility to approximately11,220 feet—to the property line on the Vleigh Place and72nd Road sides of the building; renovations will also be conducted on the existing space.

Once finished, the construction—estimated to cost $7.36 million,with an additional $830,000 for outfitting—is expected to add several new features to the library.

Joanne King, communications director for the Kew Gardens Hills library, confirmed that the city’s Office of Management and Budget had recently notified the library of the approval of the funding.

Those features include separate adult, children’s, teens and Quiet Study areas, as well as computer labs for those groups,handicap accessibility, a glass front and a new façade for the library, a self-service checkout and 24-hour self-service check-in for books and other materials, an energy-saving green roof, an expanded all-purpose room expected to fit 50 people, and more.

Construction will be handled by New York City-based WORK Architecture Company, which is expected to complete constructionin late 2014, making this a two-year project.

The current library will close in the late winter or early springin 2012, while a temporary facility for the Kew Gardens Hillsbranch will open in the early summer for library patrons on 71-34 Main Street.

The effort to renovate the library, opened in 1954 and the current 8,220 city-owned facility having opened in 1967, were one of the major projects of the late civic activist and president of the Kew Gardens Hills Civic Association Patricia Dolan, who died last month after being struck by a car in Hollis. In fact, it was Dolan who led the charge in having the library—then known asthe Vleigh library for its location in Vleigh Place—renamed Kew Gardens Hills in order to identify the building within its local community.

Library officials credited Dolan for being a “force” for pushing the city towards obtaining more funding to renovate the libraryand have it taken care of. Thomas Galante, CEO and president of the Queens Library,said the resulting renovations would make the Kew Gardens Hills branch “like a new library for the community.”

“Pat Dolan was a true library-lover and one of those who advocated making these improvements happen. She will be there in our hearts when the library re-opens at the end of 2014,” Galante said.