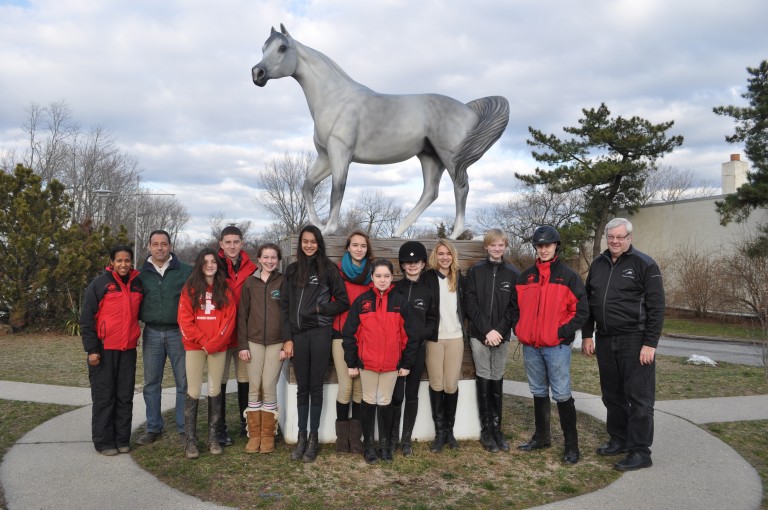 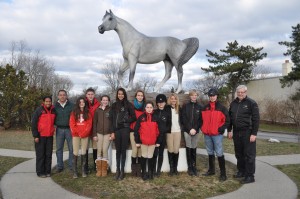 It all started with a simple idea—find a place for neighborhood kids to ride their horses.

That’s what got Jane DaCosta and several local parents on track to creating what would eventually become a prize-winning, local horse-riding team for youths around New York State.

“We wanted to be able to give NYC students the chance to compete without owning a horse,” DaCosta said.

Known as the Metropolitan Equestrian Team, this group— which started with 14 youths in its first year and has doubled to 28 this year—comes from Howard Beach, Ozone Park, Richmond Hill, Jamaica, Brooklyn, Staten Island and even New Jersey.

Last year, the team won second place out of 38 teams consisting of middle and high school students that competed in Zone 2 shows held by the Interscholastic Equestrian Association, a nonprofit that promotes equestrian sports with a membership of 5,000 student-riders across North America.

“For this to happen from kids who live in Brooklyn and whose backyards are maybe 20 feet by 25 feet without a horse in their backyard, that’s a lot to say,” DaCosta said with a laugh.

While many of the youths in the nonprofit program—ranging from ages 11-18—either own their own horses or have ridden horses before, Scott Jordan, one of the co-founders of the program, said DaCosta works with the children to take their horse riding skills to the next level.

“She’s taken these kids when they were raw and turned them into champions,” he said.

To finance the team, its equipment and other fees, the co- founding parents raised money through fundraisers like raffles for Brooklyn Cyclones baseball tickets. Since its formation, the youths train with DaCosta several days a week at the Jamaica Bay Riding Academy in Brooklyn. The team, DaCosta said, brings students the opportunity to compete in horse riding shows both locally and nationally.

But aside from improving their riding skills, John Walker, president of the Metropolitan Equestrian Team, said that horse riding also helps children, such as his son Jack, 16, one of the first youths to join the team, learn focus.

“It’s a very challenging task to manage a horse, get a feel for its temperament, teaching it to ride with you,” he said. “That’s why horses are great tools for kids, especially if they have learning disabilities or autism. It teaches them how to keep focused on the task at hand.”

Many of the children in the program agreed that horse riding is not a sport that they can find easily around their neighborhoods.

“When I tell people that I ride a horse, they look at me and say ‘What? You ride horses?’” Jack said as he laughed.

Tatiana Akhund, 17, of Brooklyn, a second-year team member who joined along with her 15-year-old sister Dunya, said jokingly that at school, she was known as ‘Horse Girl’ because of her well- known affinity for riding horses.

Yet the youths insist that while horseback riding may not appear to be a sport to many, not only is it a sport, but it is a grueling one unlike any sport out there. For starters, not many sports require mastering a 1,200-pound animal with a mind of its own that may or may not feel like cooperating with their rider on any given day.

“You have to get a feel for the horse, and each one is different from another,” said Matthew Dohan, 15, of Brooklyn, who joined the team this year.

“It’s not just you training—you have to train the horse, as well,” added Christopher Jordan, 14, Scott’s son. “You have to learn its temperament.”

Having trained together for months, the youths have gotten closer as a result of the program, rooting each other on in state and regional competitions in their travels.

“A lot of us kind of saw each other around [either at school or riding horses] but we didn’t really know each other until we started riding together,” Jack said.

“We definitely root for one another when we’re standing on the outside of the track [during competitions],” Tatiana said.

Such support comes in handy during competitions, where although riders are scored individually, teams can also win awards. When one team member is selected as the team’s point rider, their individual points can be tallied towards his or her team.

“She [DaCosta] never tells us who it is, though,” said Dohan, although the youths preferred to keep it that way in order to perform without pressure.

A former Navy veteran who lives in Long Island, DaCosta was riding horses for 20 years before she became a professional horse rider in 2004 while she worked her day job in litigation management at insurance giant AIG in Manhattan. However, after being laid off in 2006, she decided to take on a full-time horse riding teaching gig at the riding academy—where she had previously taught part-time. She never looked back since.

On the group’s quick growth, it should not have surprised her, in retrospect.

“They like to be a part of something. Kids really love traveling, they love meeting new kids, and animals,” she said.

Asked what it’s like training with DaCosta, many of the youths would laugh before agreeing that she was strict, but fun.

“She’s very strict, but she plays around once in a while,” said Christopher, “but when she comes to riding, she is very serious. She wants to bring out the best in you.”

“She’s a lot of fun,” agreed Olivia Basil, 13, of Rockaway, also a team member. While the program’s main objective is to introduce students in private and public middle and high schools in grades 6-12 to equestrian sports, the team also looks to provide students with organized competitive events and to provide additional equine educational opportunities.

“There are kids in the program that are fascinated by horses, and want to pursue some sort of equestrian field in college,” said DaCosta.

Samantha Swan, 14, of Rockaway, is one such youth. While she hasn’t narrowed it down yet, she definitely knows that horses are somehow in her future. “I just love anything that involves horses,” Swan said.

To learn more about the Metropolitan Equestrian Team, visit their website online at: horse- backride.com/Metropolitan-Equestrian-Team. 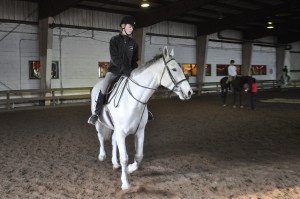