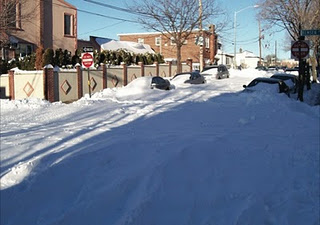 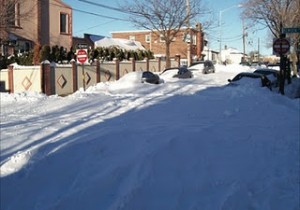 As the nights get longer and the cold gets deeper, New Yorkers start to get a little concerned, especially after last winter. But never fear! The Department of Sanitation (DSNY) has a snow removal priority plan to plow streets and highways when a snow storm hits New York City.

Last winter a blizzard slammed into the city on Dec. 26, dumping more than two feet of snow on a stunned and wind-whipped city. What was more alarming to residents was the delay in cleaning up after this monster of a storm. Some streets in the outer boroughs were not plowed for days after the last snowflake fell.

In order to quicken the city’s response for snow plowing, roadways are divided into three categories: Primary, Secondary and Tertiary. DSNY decides which streets go in each category as part of its pre-season preparations with the DSNY Public Street Snow Removal.

According to DSNY’s 2011-12 Winter Snow Plan that was released in Nov. 2011, a primary street must meet one of six classifications including a main traffic artery such as highways, expressways and bridges, entrances and exits to and from bridges, tunnels, ferries and airports. All bus routes that are city and privately owned are also considered a primary street for snow cleaning.

Secondary streets include heavily trafficked areas, streets that are used as an alternate route and the short length of residential streets that go into a primary street.

Finally, a tertiary street includes all streets that are not heavily trafficked and not considered primary or secondary including dead-end streets.

For example, streets like Woodhaven Boulevard, Metropolitan Av- enue and Grand Avenue are considered primary streets, while Menahan Street in Ridgewood, 95th Avenue in Richmond Hill and Groton Street in Forest Hills are all secondary streets.

For the 2012 snow season, the Department of Sanitation’s snow re- moval budget is $42.8 million, which is up from $38.9 last year, according to DSNY spokesman Matthew Lipani. The snow budget is provided by the Mayor’s Office of Management and budget and is calculated by the average of the last five years. For example, the 2012 budget is based on what was spent on snow removal for ‘06,’07,’08,’09 and ’10.

The snow removal budget also includes spending on rock salt. According to Lipani, salt is $54.93 per ton this year. That’s almost $5 less than last year, when it was $59.04 per ton. According to the 2012 snow plan, there are 8 permanent salt storage sites with a capacity of 57,200 tons.

Visit DSNY’s website, http://www.nyc.gov/severeweather, for more information or to see what designation your street is.