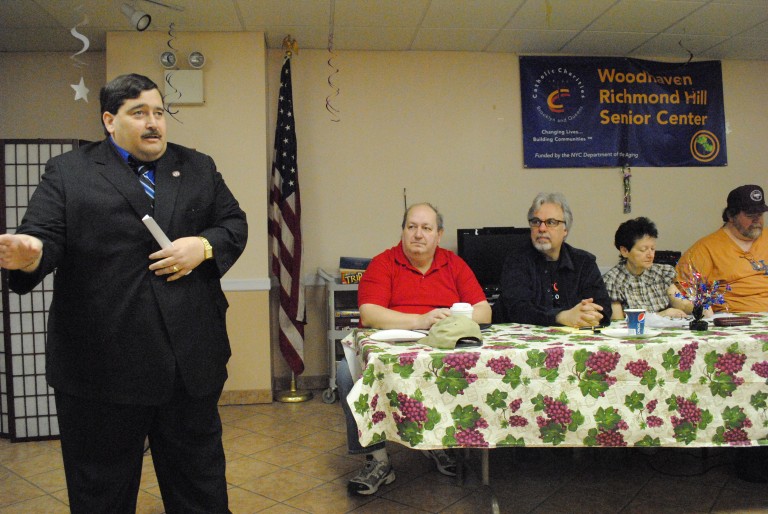 It appears that Woodhaven residents are welcoming proposed plans to reactivate the defunct Rockaway Beach branch of the Long Island Rail Road (LIRR) that would extend into Manhattan.

At the Woodhaven Residents’ Block Association’s (WRBA) recent monthly meeting on Feb. 18, when WRBA President Ed Wendell asked for a show of hands on how many support a plan that would bring back the 3.5 mile rail line that runs from Rego Park through the Rockaways, a large majority of nearly 30 residents that attended the meeting raised their hands supporting the plan.

State Assemblyman Michael Miller, one of the proponents of the plan, spoke at the meeting, fielding questions from residents and board members about the details surrounding the rail line proposal.

Miller reiterated that the proposal would alleviate a lot of the traffic congestion around the area, particularly since Resorts World 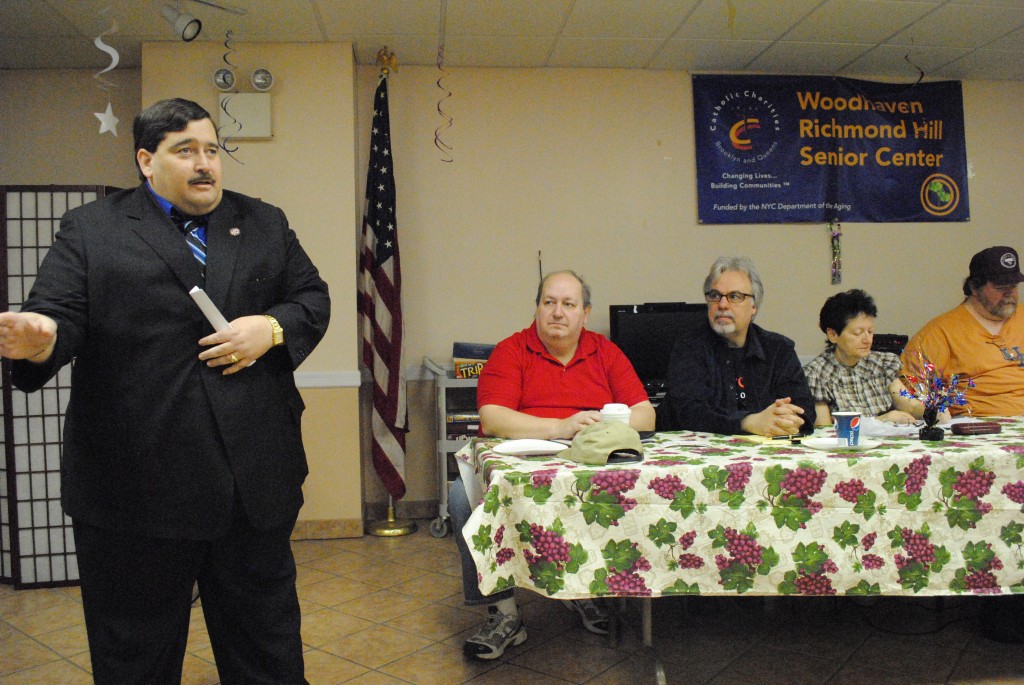 The first phase of the plan would involve rehabilitating a five to six block stretch of track along Liberty Avenue, where the A train comes along, in order to connect it to the Atlantic Avenue branch of the LIRR to get into the city.

The second phase would involve work along the Montauk branch of the rail line that connects to the Atlantic Avenue branch—which runs through the Woodhaven junction—which goes out to the E and F lines, while the third phase of the plan would focus on the rail line going up to the Queens Center Mall and F-line and connecting it to Manhattan.

Speaking on the costs of the project, Miller gave no specific dollar amount, but added that Genting, the parent company for the casino, has offered to pay for a portion of the rail line project through private funding that could be coming in to build a proposed convention center in Ozone Park.

WRBA board member Maria Thompson asked questions on whether rehabbing the train lines would affect people living on 98th and 97th streets, where in some homes, the dead tracks are near their backyards.

Miller said it would likely affect them, noting that people are using parts of the line as their personal property—which they are not supposed to do—but added that there were options that could be available that would make those rail lines less intrusive for them.

“Things have improved over the last 50 years,” he said. “They could put a cover on it, put trees there and make it a walkway, and the train could be right underneath it, you won’t even know it will be there…They could put a sound barrier;
they could do a lot of things. But it’s not for me to say what they can do, that’s for the professionals.”

WRBA member Vance Barbour spoke in favor of bringing back the rail lines, viewing them as a way to better connect people in Woodhaven to better paying jobs in the city with alternate transportation options.

“Even for residents in the area, that gives them access to higher paying jobs,” he said. “People get paid higher in the city than they do in the boroughs, and this would be an easier way for them to get there.”

Jay Van Deven, 49, of Woodhaven, was concerned about how much work would be involved in rehabilitating the abandoned train line, deactivated since 1962.

“When I was a teen, I hung out up on that trestle,” he said. “It’s more than a rehabilitation; you’re talking demolition and a redo.”