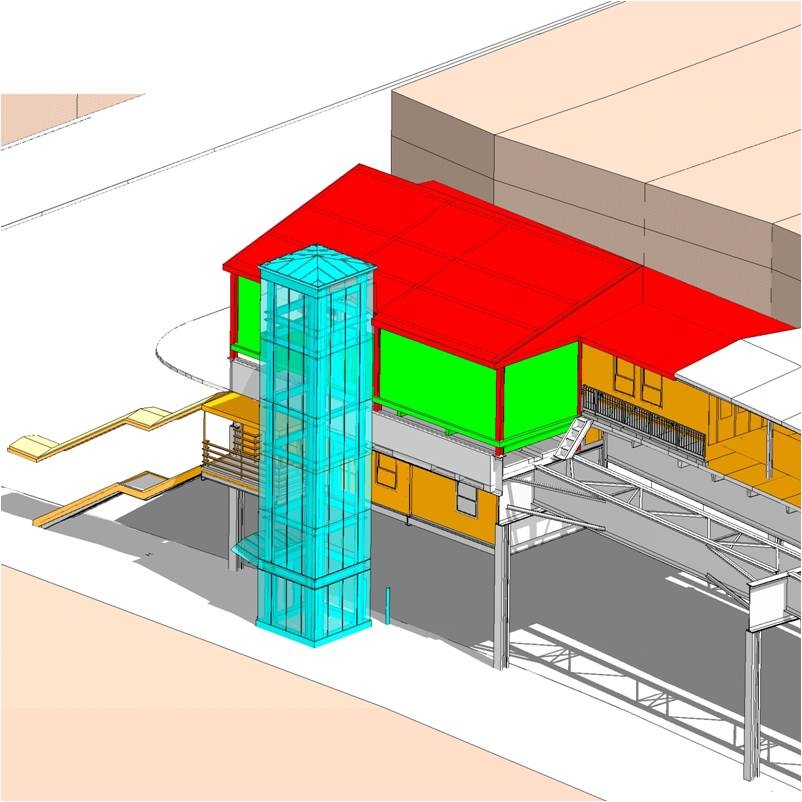 This 3D model shows where the elevator and renovations will be at the Ozone Park-Lefferts Boulevard subway station. The blue indicates where the elevator is to be built and the red, green and brown shows the station repairs. Photo Courtesy of the MTA.

Richmond Hill residents got some welcoming news regarding renovations to several local subway stations, which is something they’ve been petitioning for.

At the Richmond Hill Economic Development Council (RHEDC) meeting on Wednesday, Feb.29, two officials from the Metropolitan Transit Authority (MTA) announced that six subway stations in the Richmond Hill/ Ozone Park Area with get renovations that are expected to start in December of this year.

As part of subway renovation projects in Ozone Park and Richmond Hill, The Ozone Park-Lefferts Boulevard A Train subway station will receive an elevator, from street level up to the station. Several of the platforms along the Lefferts-bound A Train, including the Rockaway Boulevard station, will also receive repairs including a new paint job and decorated with sculptures from local artists.

According to Joseph Raskin, Assistant Director of Government and Community Relations at the Metropolitan Transit Authority (MTA), the addition of the elevator and platform renovations are, in part, to make access easier for a person with a disability and so that it’s compatible under the Americans with Disabilities Act (ADA).

The MTA’s website lists 77 subway stations that are ADA compatible. According to the website, mta.info/accessibility/stations.htm, 14 of those stations are in Queens including the Howard Beach-JFK Airport, Kew Gardens-Union Turnpike and Middle Village-Metropolitan Avenue   train stations. Manhattan has the most ADA  stations with 32.

Raskin said that those stations were chosen for repair because it’s suitable for an elevator and it’s an area that where many people use the subway stations.  He also said that when the MTA does station repairs, it always reflects well in the area the renovated station is in.

“It shows that commitment to improving the stations is always a positive for the community,” said Raskin, who gave a power point presentation of the plan at the Richmond Hill Economic Development Council (RHEDC) Meeting last week. Linda Tonn, a Design Manager of the Station Rehabilitation Program at the MTA, was also on hand to help with the presentation.

As for the plans itself, the Ozone Park-Lefferts Boulevard subway station will  get a three-stop elevator installed that can go from street level  to the mezzanine above the street and a new unmanned control area on the platform. The platform at this station will also undergo some repairs, including replacing the windscreens at the center of the platform, and a full-station repaint.

The other stations along that line are set to receive the same renovations the one on Lefferts Boulevard and Liberty Avenue will get. The subway stations on 111th Street, 104th Street, Rockaway Boulevard, 88th Street and 80th Street 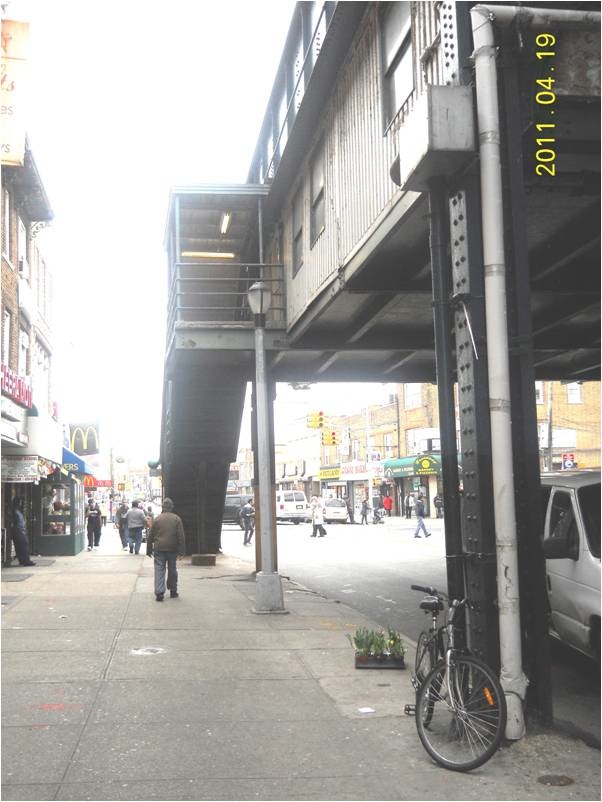 The elevator at the Ozone Park-Lefferts Boulevard will be built behind the staircase at the station's Liberty Avenue entrance. Construction on the elevator, and renovations along the Lefferts A train line, is expected to begin in December of this year and will take about 18-24 months to finish. Photo Courtesy of the MTA.

will also be repainted and corroded panels on the staircases will be replaced.

Vishnu Mahadeo, president of the RHEDC, said that the station refurbishments are much needed and that he is delighted that the MTA will fix the neighborhood’s subway stations.

“We welcome the fact that DOT has finally given attention to the Richmond Hill – Ozone Park area,” he said. “When you get together and you talk the same language, things work out.”

Mahadeo described the current conditions at those train stations as a “sore sight” and had been petitioning the MTA for the renovations. He said that he had originally requested an elevator and an escalator for the Lefferts Boulevard station but he’s elated with just the elevator.

According to Charles Seaton, a spokesman for the MTA, it is not known how much the entire project will cost because it has to be put out to bid for construction. The bidding for the contract will begin on Aug. 31 with construction starting in December. Raskin said that the project is expected to take approximately 18-24 months to complete from when construction begins.