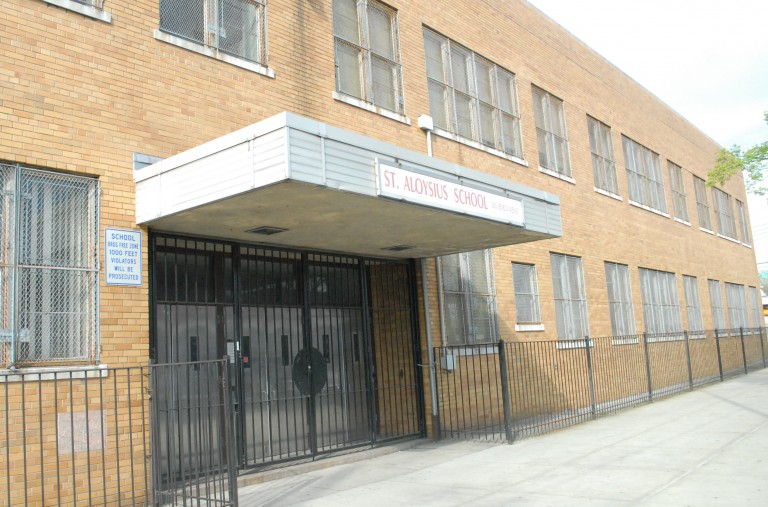 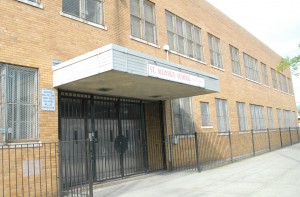 St. Aloysius School, a parochial school in Ridgewood, closed in 2009. Now the School Construction Authority wants to knock down the building and build a new public school on the site.

The School Construction Authority (SCA) is considering tearing down the building that used to house the St. Aloysius parochial school in Ridgewood and building a new 444-seat primary school.

The building, which was constructed in 1966, has been unused since the Catholic school closed in 2009.

Now the Department of Education wants to turn the lot at 360 Seneca Avenue into a public primary school.

Because the building is so old, it would have to be completely demolished.

As part of an early step in the process, the SCA and Community Board 5 held a public hearing about how the construction could impact the community on Tuesday, April 10.
And on Wednesday, April 11, CB 5 moved to support building the new school.

It could help alleviate some of the overcrowding in District 24, one of the most crowded in the city.

Pat Grayson, of CB 5’s education committee, said that area in Ridgewood is especially crowded because of new residential construction and families. “There’s a real space issue in that area,” she said.

Perhaps illustrating the density and need for schools in the area, it would be built almost next door to PS 305 at 378 Seneca Ave.

“The acquisition of this property presented a unique opportunity to the New York City Department of Education to continue the educational use of the site in an area in need of additional classroom seats,” the proposal for the school said.

CB 5’s vote was only concerned with whether or not the board signs off on the idea of construction work and a school at that location.

There are no plans laid out for what exactly the new school would look like, but there were some hints.

“This particular school promises to have every amenity that P.S. 305, which is right next door, does not have, which includes an auditorium, a gymnasium, a cafeteria, space outside for kids to play and a variety of other things,” Grayson said.

She added that if all goes according to plan and the SCA moves forward, the school would not open until 2015 or 2016.