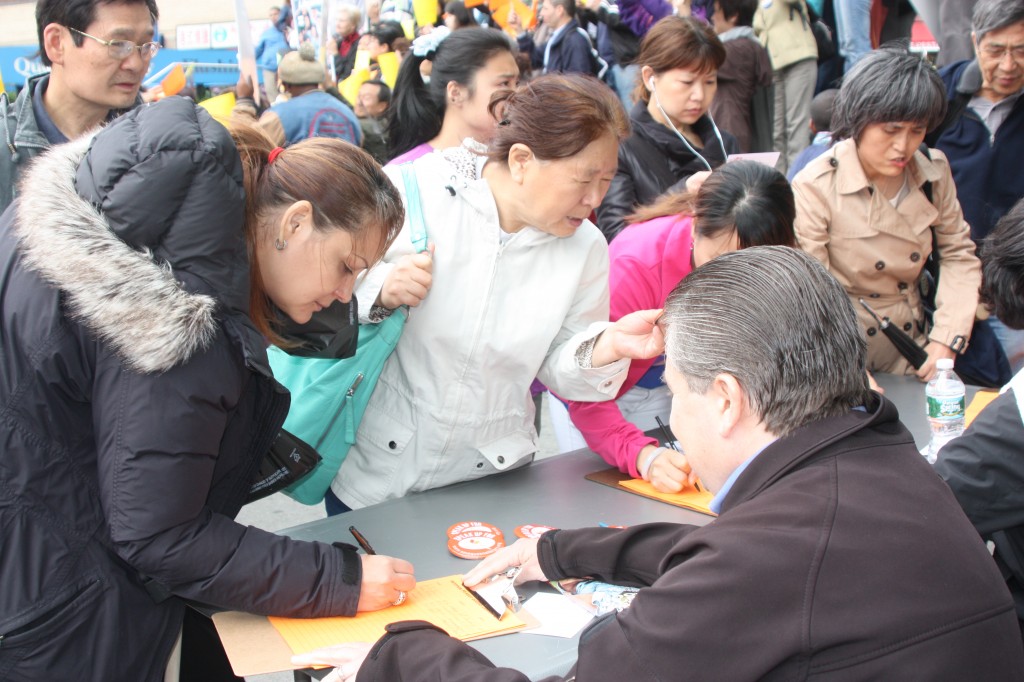 Residents lined up to sign a petition telling Mayor Michael Bloomberg and the City Council that they want access to their libraries. The petition is available at www. savequeenslibrary.org. Forum Newsgroup photo by Patricia Adams.

Every year for the past five years, Queens fights for its libraries.

Council members, the borough president, Queens Library employees— anyone who can read and wants a place to do it—take to the steps of their libraries and city hall.

This year is no different, except there’s more on the line.

Mayor Michael Bloomberg released his executive budget last week, and in it he proposed a $26.7 million cut to the Queens Library— a 31 percent reduction from last year’s budget.

The cuts would change the face of the library system as the public knows it, said Thomas Galante, president and CEO of Queens Library.

On Tuesday afternoon, the library started to push back. 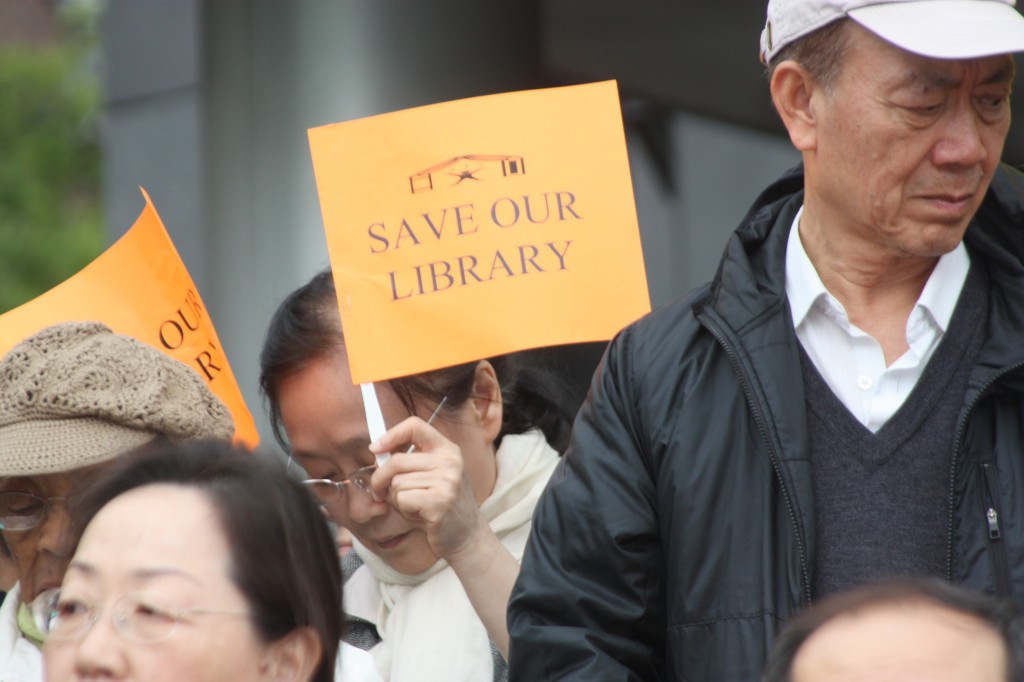 The library branch in Flushing was flooded with patrons objecting to the cuts. Forum Newsgroup photo by Patricia Adams.

patrons of the library outside the Flushing branch.

Hoisting signs high in the air and chanting on command, the crowd assembled on the steps, spilling over onto the sidewalk where speakers approached the podium to denounce the proposed cuts.

Among the staunchest of the Queens Library advocates was Borough President Helen Marshall who told the crowd she was just disgusted with the suggestion to close the libraries.

“It is a measure of our success as a government to keep these libraries open, “ Marshal declared. “To think about closing them is simply ridiculous.”

Cheers erupted from the crowd with Marshal’s proclamation. Other elected officials, including Councilman Peter Koo, Assemblywoman Grace Meng and Councilman Jimmy Van Bramer, who chairs the Cultural Affairs and Libraries Committee, followed Marshall to the microphone.

One after another professing their intention to keep the doors of the libraries open.

Most of those officials have been a consistent voice against the cuts that have rolled in consistently every year.

Each year, the council closed the gap through budget negotiations and staved off the most drastic cuts to service.

But past success isn’t reason to take this lightly, Van Bramer told media after he spoke.

Off to the side of the crowd, volunteers collected signatures from passersby who stopped out of curiosity and were quickly converted into supporters of the cause.

Me Lin Chan, who spends two to three hours a day at the library with each of her four grandchildren spoke with tears in her eyes. “This library system is a crown jewel to this borough and this city. Our children will be at a great disadvantage if these services are any more compromised then they are presently.”

Mayor Bloomberg proposed the library cuts, among others, because tax revenues did not keep pace with projections.

This left next year’s budget with a gap of hundreds of millions of dollars that needs to be closed before the final plan is due on June 30.

But that doesn’t change the individual impact the cuts could have on patrons like Chan.

She was not alone in her despair; many parents and students were
on hand to attest to the value of the library for so many reasons— reasons that lie outside of the book collection.

Common concerns among supporters rests in the fact that in addition to the book collection, people use the library for a myriad of thingsincluding audio and visual aids,public service reference, English as a second language and a host of other
services dedicated to youth and seniors.

“There are services here that people rely on,” said Sue Levine
who said she travels back and forth between branches in Queens that are open on different days. “If this were to go through and the Central Branch were the only library in the borough to remain open on Saturdays, it would be a disaster.”

Levine noted that the facility is already packed to the rafters and that an overflow from other branch closures would basically render the Central Branch useless. “The library could not handle all the additional people,” she said shaking her head. 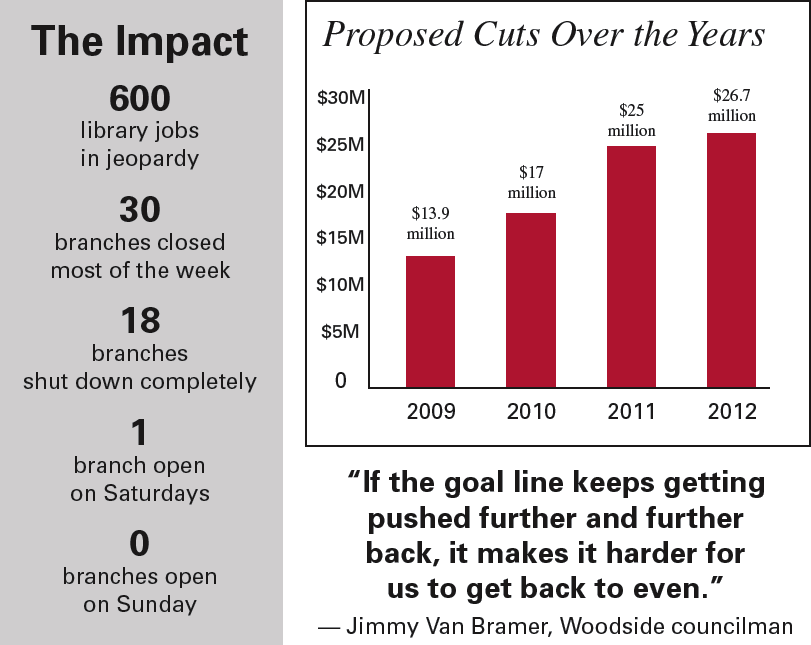 By Patricia Adams and Jeremiah Dobruck