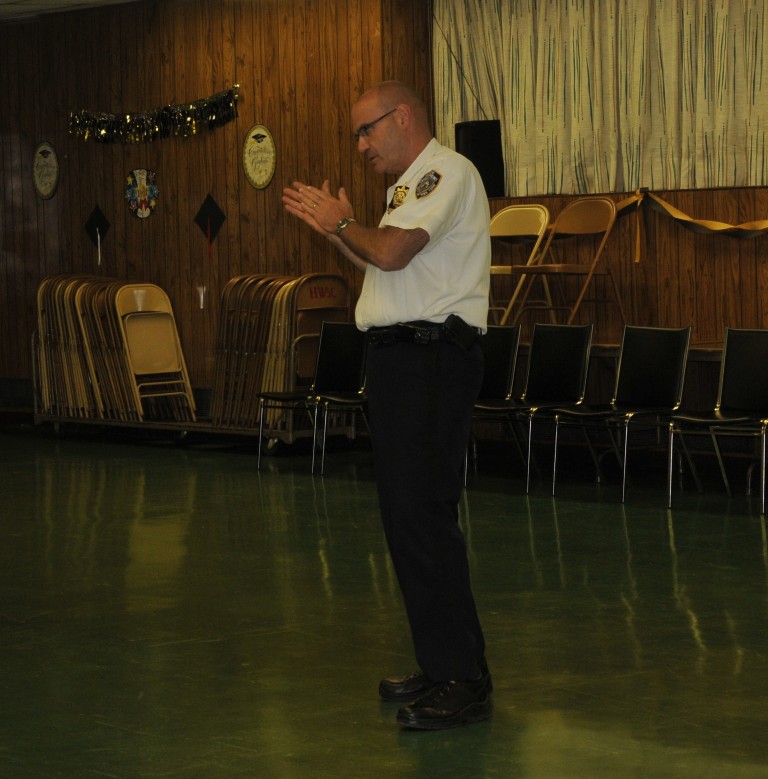 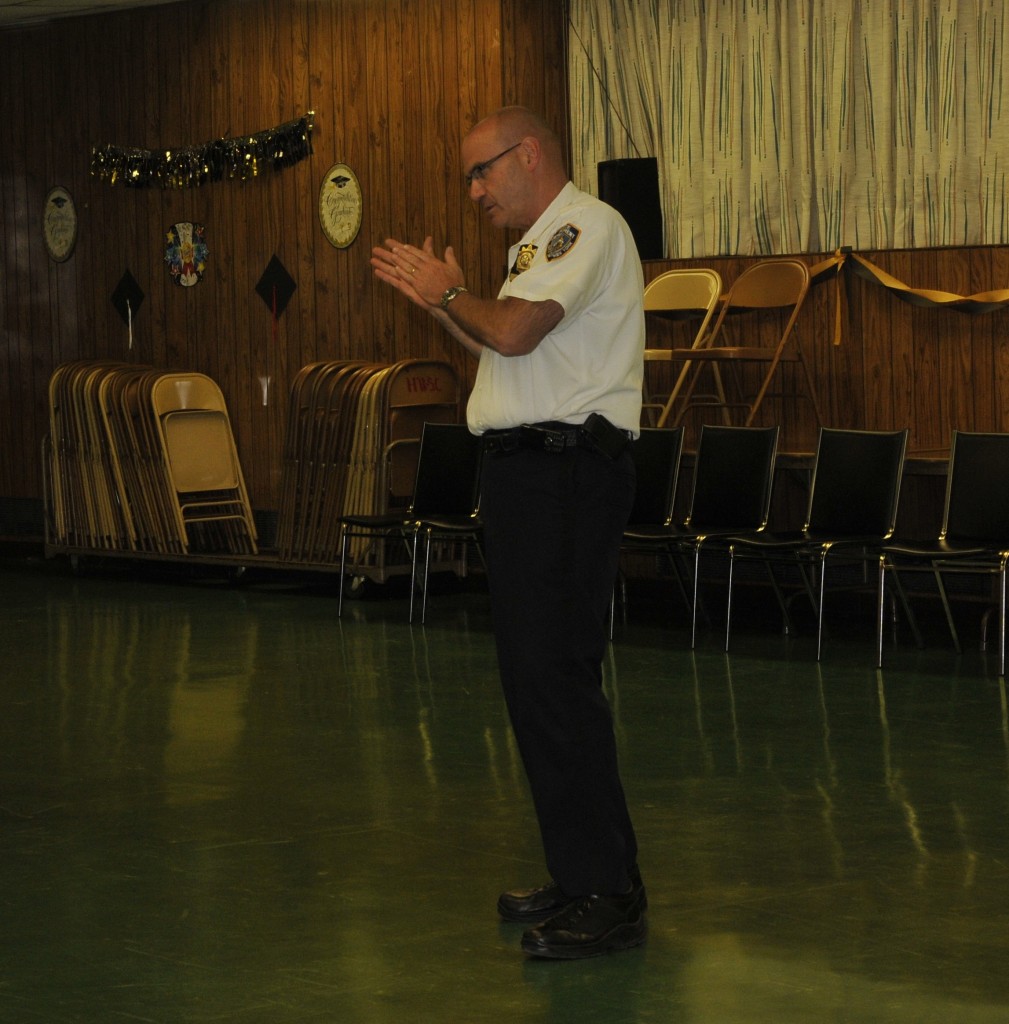 Captain Thomas Pascale of the 106 precinct explains his plans to tackle vandals in the Lindenwood community. Forum Newsgroup photo by Nick Beneduce.

A rash of vandalism and harassment has occurred recently at the Dorchester, Carlton and neighboring buildings in Lindenwood. It’s thought to involve groups of neighborhood youths who have been congregating in the outdoor areas of the buildings and wreaking havoc. The Lindenwood Alliance discussed the issue at its Monday meeting.

Lindenwood Alliance co-president Joann Ariola said the conditions at the building are of great concern to the community and placed the blame on local youth. “There are our own local kids,” Ariola told the crowd assembled at the Rockwood Park Jewish Center. “They are not coming in from outside this neighborhood. They live here, they’re off from school, the summer’s here and they are getting mischievous.”
To that she added that the 106th Precinct has been exceedingly cooperative in addressing the incidents. The disturbances include setting outdoor benches at the Carlton on fire, scrawling graffiti and verbally abusing residents around the buildings.

According to Ellen Buonapastore, President of the Dorchester Co-Op, who came to the meeting on the advice of Alliance founders, one building parking lot has been especially hard hit with tire punctures and scratched vehicles.

The commanding officer of the 106, Capt. Thomas Pascale, spoke to residents about enforcement being carried out by the precinct to bring the problems to a fast end. The captain informed residents that everything was caught on tape and that police have acquired a picture of the car and through the license plate have contacted the owner of the vehicle, who was notified that an arrest would be made if any criminal mischief were to be proven involving the vehicle.

Additionally, summonses were given over the Memorial Day holiday for trespassing.

Pascale has been continually lauded by the Alliance for his swift action in keeping the upper hand over a spike in auto crimes seen in the Lindenwood area. The Captain went on to caution all residents, but especially those owning Nissan Maxima’s, Honda Accord’s andToyota Camry’s, which have been identified by police as being the most commonly targeted by vandals.