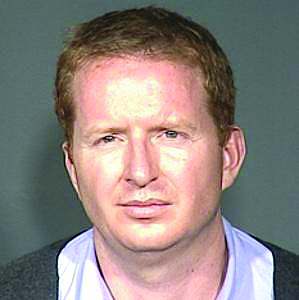 The Queens District Attorney’s office is charging an Astoria man with second-degree murder for the alleged brutal strangulation and beating of his 27-year-old girlfriend, Danielle Thomas, in their shared apartment.

Jason Bohn, 33, who police had been searching for since last Tuesday, was taken into custody last Friday night at a restaurant in White Plains, with his mother and his attorney by his side.

According to a statement from District Attorney Richard Brown, on the night of June 26th, the 114th Precinct received a call from a man, who identified himself as Jason Bohn, requesting police assistance for an unconscious female at his Astoria apartment. Bohn alleged he could not call 911 because he was out of the area.

Upon arriving at the scene, police found Thomas’s body laying face up in the bathtub surrounded by bags of ice. Officers reported bruising and lacerations all over the victim’s body.

The Medical Examiner’s Office listed the cause of death as blunt force trauma to the neck and torso.

Court documents also state that two notes were found near Thomas’s body allegedly written by Bohn, asserting his sorrow and professing his love for the slain victim.

Brown’s office further reports that Thomas had been to the 114th Precinct earlier in June to report Bohn had punched her in the face, knocked her to the ground, which caused an injury to her knee and required her to use crutches to walk, and that he was sending her abusive emails and text messages.

While making the report, Bohn reportedly called Thomas’ cell phone and over speakerphone savagely threatened her.

Bohn was arrested that day and charged with assault and aggravated harassment, but later released on his own recognizance. Thomas was provided with an order of protection that stated, among other things, that Bohn was to refrain from assaulting or harassing her.

“Ms. Thomas was a young woman with a bright and promising future whose life was brutally and senselessly cut short allegedly at the hands of the defendant. This case will be vigorously prosecuted to ensure that justice is served for the victim, her family and other victims of domestic violence,” said Brown in a press release.