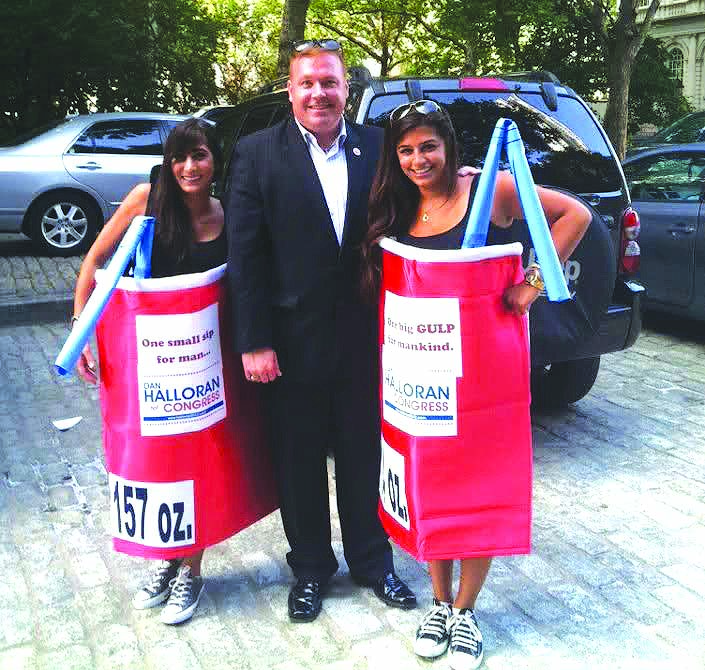 Dan Halloran the Republican candidate for the 6th Congressional District spoke out Monday during a protest against Mayor Michael Bloomberg’s proposed ban on sugary drinks larger than 16 ounces.

On July 9, protesters took part in a rally at City Hall dubbed the Million Big Gulp March, and Halloran weighed in, saying ““It is not the role of the government to tell its citizens how much food or drink they can consume. Only you, not the government, should make decisions about you and your family’s diets.

“And soda is not inherently bad for you,” Halloran added. “Many responsible, healthy New Yorkers choose to consume soda in moderate amounts on certain occasions, such as at a movie or baseball game. If we want to fix the health problems in this City, let’s start with gym classes and after-school programs, parks and recreation space, and educating people about health issues.”