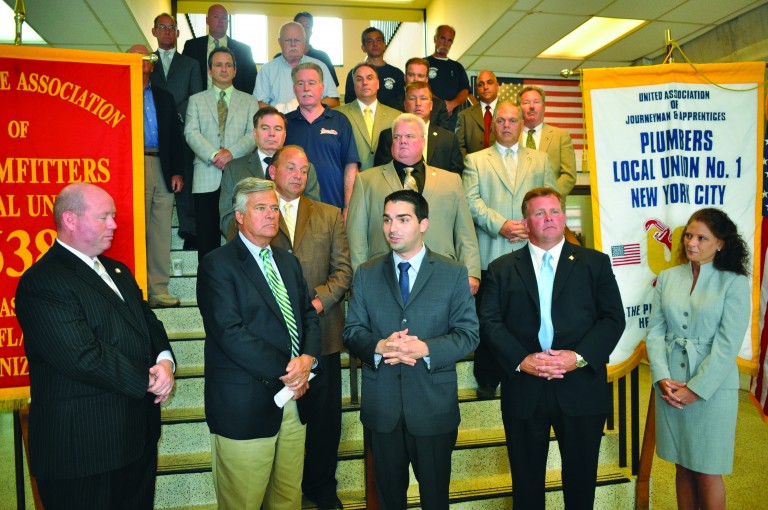 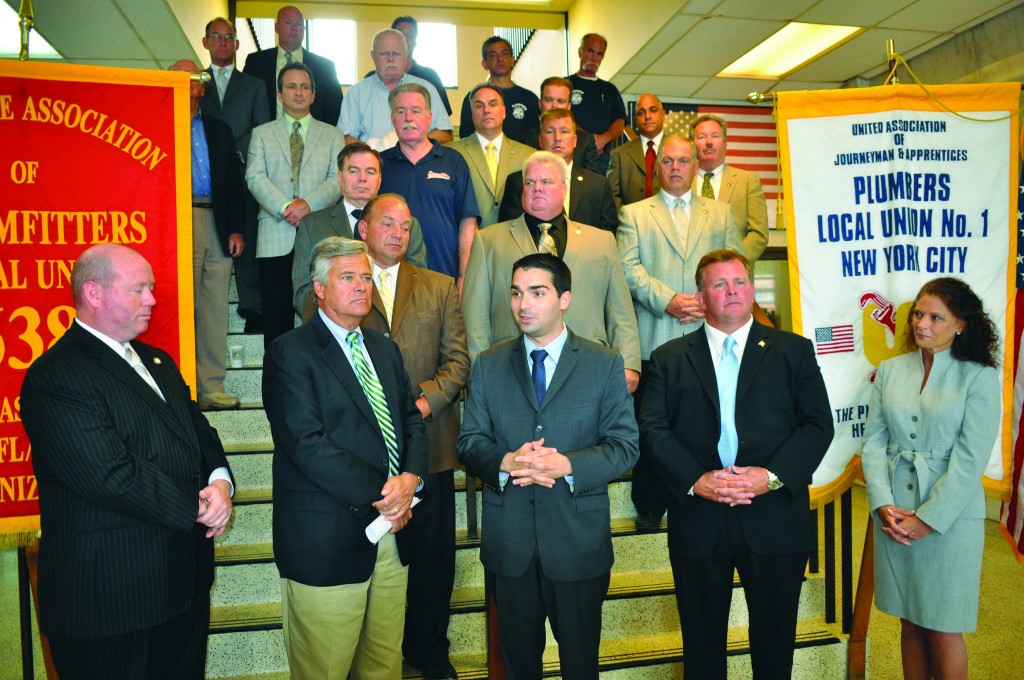 Residents are still fighting to reverse changes to the Q41 bus line they say have hurt the quality of life in their neighborhood.

Councilman Eric Ulrich picked up a few big endorsements last week, as he continues campaigning for a potential matchup with State Senator Joe Addabbo for the 15th District senate seat.

Senate majority leader Dean Skelos (R-Rockville Center), along with Plumbers local No.1 and Steamfitters local 638, all announced their endorsement for Ulrich at a press conference last Thursday afternoon.

Skelos said that he’s supporting Ulrich because he believes he’s the best candidate for the future of New York.

Skelos also had some criticism about Addabbo, who Ulrich would be facing if he wins the republican primary against Forest Hills attorney Juan Reyes.
He said that Addabbo was among the Democrats that walked out on the state senate, back in January of this year, when it approved a bill that expanded New York State’s DNA database.

“Our job as elected officials is not to take a walk, it’s to make a decision,” Skelos said. “Joe Addabbo is a very nice man, but he’s been a disappointment to his constituents.”

The expanded DNA database allows for DNA samples to be taken from anyone that is convicted of a crime in New York. Before that bill
passed in both the state senate and the assembly, only people convicted of felonies and certain misdemeanors were required to provide a DNA sample.

John Murphy, business manager for the Plumbers Local No.1, said that they are choosing to endorse Ulrich because he has supported issues that are important to plumbers and all workers throughout New York City.

“Safe schools, a safer city, prevailing wage jobs and project labor agreements that offer protection for our workers, but savings for the tax payers,” Murphy said.

He also said that the councilman isn’t influenced by polls or opinions, but he governs by “common sense.” When asked later on in the press conference if he was implying that Addabbo is influenced by opinions or polls, Murphy denied that, saying that he was simply making a statement that Ulrich is “responsive and very effective.”

Pat Dolan, president of the steamfitters local 638, said that they are supporting the councilman because he understands the issues that local union workers have, as his grandfather has been a member of the local 638 for 25 years.

“Having been raised in a union household, Eric understands a hard day of work deserves a fair day’s pay,” Dolan said.

Ulrich said that the endorsements from the two unions are very personal to him, partly because of his grandfather being a longtime member of the local 638.

“I’ve stood with them, but today them standing with me means a heck of a lot,” he said.

Ulrich also said that he wants to strengthen the middle class so that people will stay in New York and workers like his grandfather can keep working and be able to provide for their families.

“We want people to stay in New York, and the way we’re going to do that is to strengthen the middle class and fight for working men and women,” he said.
In response to the endorsements Ulrich picked up, Jennifer Galvin, a spokeswoman for Addabbo’s campaign said that the senator’s record shows that he has supported working families and union workers in the past.

“Most recently, he refused to support the construction at the Aqueduct Racino racetrack unless union workers were employed. He subsequently ensured over 1,500 new union jobs at the site, a testament to his vast experience and leadership,” Galvin said in a statement. “Senator Addabbo is committed to continue leading the fight for union workers and their families in Albany, and is out there working every day to earn the trust and respect of voters.”