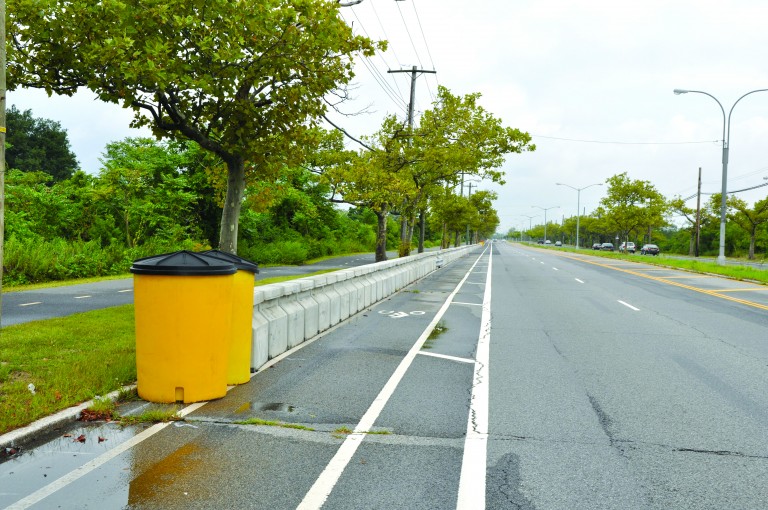 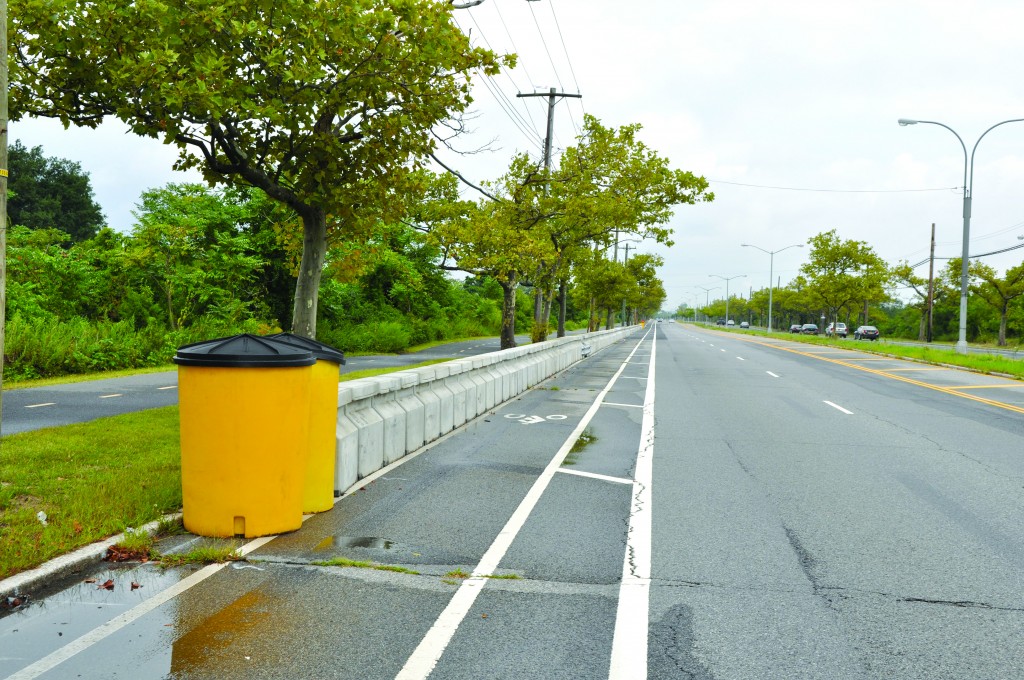 Although the new pedestrian barrier is only partially completed residents are very happy the project has finally begun and anxiously await it’s expected completion near the end of the summer. When finished it will be over 8,000 feet long. Forum Newsgroup photo by Luis Gronda. 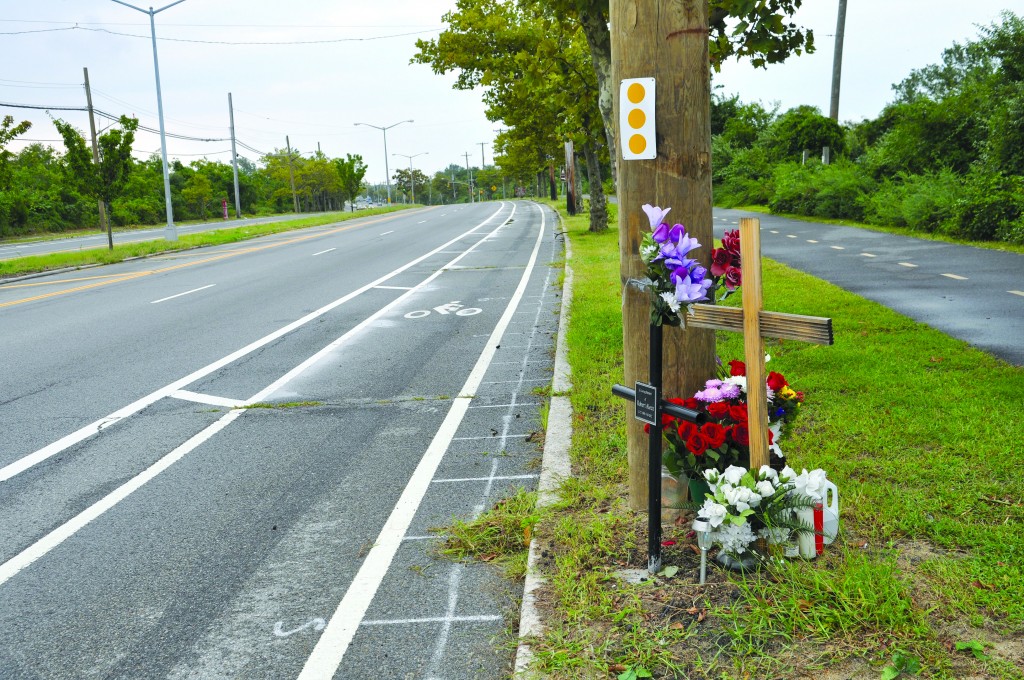 One of the hand-made memorials created for people who have been killed along the pedestrian walkway. According to the Department of Transportation, there have been10 fatalities in that area from 2006 to 2012. Forum Newsgroup photo by Luis Gronda.

Residents in Broad Channel who have been asking for a pedestrian barrier on a long stretch of road have finally gotten their wish.

The barrier along the Broad Channel portion of Cross Bay Boulevard is aimed at protecting pedestrians who walk alongside the highway, which is known for its speeding cars.

Jonathan Gaska, district manager of Community Board 14 (CB 14), which covers the neighborhood situated between Howard Beach and the Rockaways, said that there were long-time concerns about the walkway from the board, fearing that a speeding car would go over the sidewalk and hurt or kill a pedestrian.

Back in 2009, Joanne Kodetsky was killed while walking her dog along that path when a car jumped the curb and hit her.

“Unfortunately, we were correct,” Gaska said, referring to Kodetsky’s death.

Since then, CB 14 and other local leaders like Dan Mundy, President of the Broad Channel Civic Association, have been pushing the city and the Department of Transportation (DOT) to get the barrier in place alongside the thoroughfare.

After years of petitioning for the barrier and the DOT denying the requests multiple times, there is finally an agreement in place for the traffic barrier.

Councilman Eric Ulrich (R-Ozone Park), whose district includes Broad Channel, came up with the $475,000 needed to fund the project, according to the DOT and Ulrich’s office.

Rudy Giuliani, Ulrich’s chief of staff, said that the barrier is going to make a huge difference for the pedestrians and drivers over there.

“It’s literally going to save lives,” he said.

According to a DOT spokesperson, there were ten fatalities along the area between the entrance of the Joseph Addabbo Bridge and West 1st Road in Broad Channel from 2006 to 2012.

Giuliani said that while traveling with Ulrich to the Rockaways, he noticed several memorials for those killed along the path, peppering the road.

“All you would see is those wooden crosses,” he said, referring to one memorial. “And the whole point is to cut down on that.”

Mundy said that since the project began in July, he has heard nothing but positive comments from his neighbors and people who live in the area.

“All I’m hearing is that people can’t wait for it to be done,” he said. “They feel so much more protected.”

In addition to protecting pedestrians and drivers, Mundy said that another benefit of the guard rail is that it will lessen people’s ability to dump garbage both in the bushes that are adjacent to the road and onto sidewalk when they throw trash out the window.

He said that people would often back up into those bushes and dump their garbage in that area and the new rail should make that a lot more difficult. He added that he hopes to get a sweeper to clean the trash once a week.
Gaska said that the rail is sure to help calm concerns over the road’s safety.

The DOT spokesperson said that the project will continue through the end of the summer. The total length of the barrier is 8,641 feet, the spokesperson said, and gaps will be left to drive through infrastructure like The Jamaica Bay Wildlife Refuge.