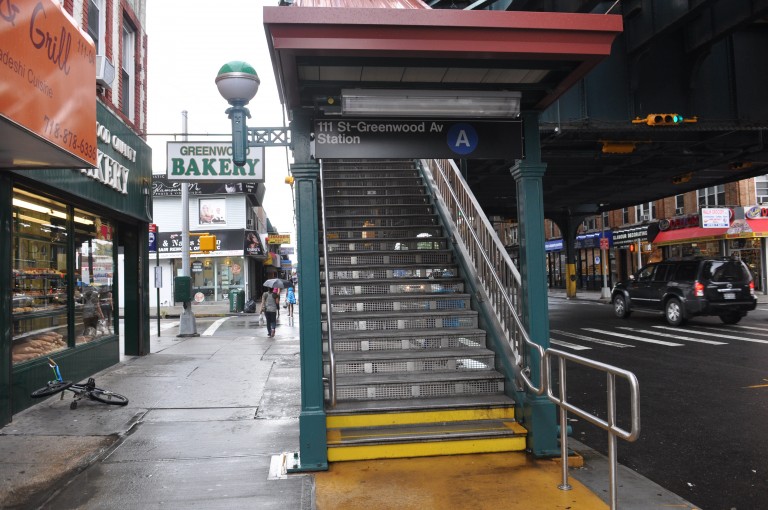 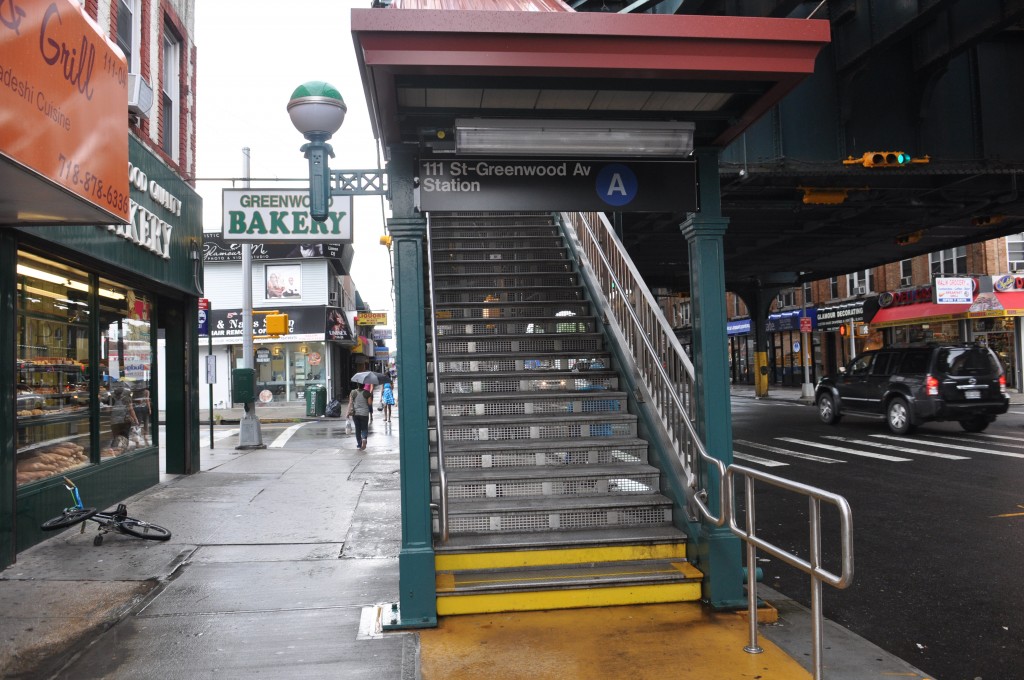 The 111 Street A train station in Ozone Park is among the eight stations around New York City that is a part of the MTA’s expansion of its trash can removal program, which aims to decrease garbage and make it less attractive for rodents. Forum Newsgroup photo by Luis Gronda.

In order to reduce trash and keep rodents away from its train stations, the Metropolitan Transit Authority (MTA) will expand a pilot program, which it says said produced positive results in the past.

The program will eliminate eight more trash cans at subway stations across Queens, Manhattan, Brooklyn and the Bronx. One garbage can will be taken out of two stations in each of those boroughs. The two stations in Queens that have been included are the 111th Street station along the A train line in Ozone Park and the 65th Street station along the M and R lines in Jackson Heights.

The garbage can removal program has shown that it can reduce waste and rodents at subway stations, which the city agency said is the goal of the program and the main reason for its expansion.

According to a press release from the MTA, the percentage of trash bags was reduced at two stations, which served as the first test case for the program, one at the Flushing-Main Street station along the 7 line and the other at the 8th Street station along the R line near New York University in Manhattan. The transit agency wrote that the bags decreased by 67 percent at the Flushing station and by 50 percent at 8th Street. It also wrote that cleanliness improved overall at the two stations and that there were no increase of track fires.

NYC transit removes about 14,000 tons of trash annually, according to the press release, but noted that it can become a problem if not disposed of immediately.

“However, the trash sometimes accumulates in storage rooms and on platforms while waiting to be removed,” the release read.

The agency is asking customers who use the affected subway stations to be part of the solution and take their garbage with them instead of disposing it on the platform.

Jason Chin-Fatt, a field organizer for the Straphangers Campaign, a transit advocacy group, said that the program is an inconvenience to subway riders because they would not have a place to throw out their garbage if they need to dispose of it quickly.

“When I go to Main Street now, I have to think about where I can throw out my garbage,” Chin-Fatt said.

He also added that they also aren’t sure if it will help curb trash on the platform.

Kevin Ortiz, a spokesman for the MTA, said that in addition to removing the trash cans from those eight train stations, the agency has increased the number of garbage trains that travel through the stations without trash cans.

The program went into effect at those stations on September 2nd and will continue for six months.

Ortiz said that there’s a chance that the agency could expand the program even further but the MTA needs to see how this latest round does first before it would consider that.

Other train stations also a part of the expansion include Brighton Beach on the B and Q lines in Brooklyn, Rector Street on the 1 line in Manhattan and East 143rd Street on the 6 line in the Bronx.