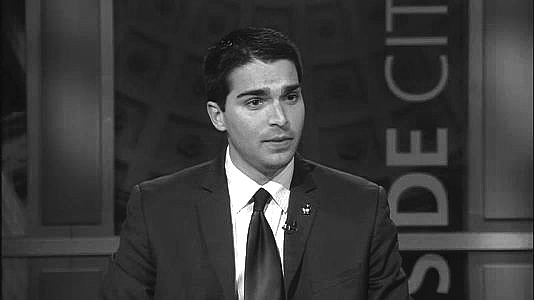 A recently released poll has placed City Councilman Eric Ulrich just two points behind Senator Joseph Addabbo Jr. in the closely contested District 15 Senate race. A victory for Ulrich would not only oust an incumbent Senator, but also increase the Republican majority.

The poll, conducted by the Siena Research Institute, shows Addabbo at 45 percent compared to Ulrich, who is at 43 percent, with a 4.7 percent margin of error.

“It basically verifies what I’ve known all along, and that is that the people are ready for new representation,” Councilman Ulrich said about the poll. “This is only strengthening my resolve to work harder for the people.”

In the meantime, Addabbo denied that the polling numbers mean anything for his campaign.

“I’ve always said that the only poll I care about is the one on November 6th,” Addabbo said. “There is a graveyard full of campaigns that have lost because they relied too much on a poll. I’m not going to do that.”

After the poll was released, Addabbo’s press office went on the offensive – sending out a press release that said Addabbo outraised Ulrich by more than $15,000 during the last filing – a sign that his campaign had picked up momentum.

“I was outspent in 2008 and I won, and I’ll probably be outspent this time too. It’s not about how much money you have to spend on billboards or mailers. People just want to know what you are going to do for them during these tough times,” Addabbo said.

The Addabbo press release also attacked Ulrich’s campaign for the large donations it received from Senate Republicans. The Senate GOP contributed $80,000 to the Ulrich campaign during the last filing with the NYS Board of Elections.

Besides individual contributions, Addabbo’s last filing saw its largest contributions come from special interest groups and other Democrats running for office – a $70,450 total in “other monetary funds” according to the NYS Board of Elections.

The Addabbo campaign received a $5,000 contribution from Peralta for Congress – the committee backing State Sen. Jose Peralta (D-East Elmhurst). There was also an $8,300 donation from Crowley for Congress.

But during the filing prior to this one, Ulrich showed strong hometown support – taking in $25, 970 during the 10-day post primary report from the NYS Board of Elections. The most recent filing is for the 32-day pre-general report.

“I’m very proud of the campaign we’re running,” Ulrich said. “I have plenty of people supporting me in every corner of the district and I’m proud of that.”

And with the general election less than a month away, Siena pollster Steven Greenberg said that Democrats could have a tough time retaining District 15.

“There’s no question that the Democrats are going to have their hands full in trying to hold on to this seat. Addabbo and Ulrich are separated by just two points, with one in eight voters still undecided,” he said.