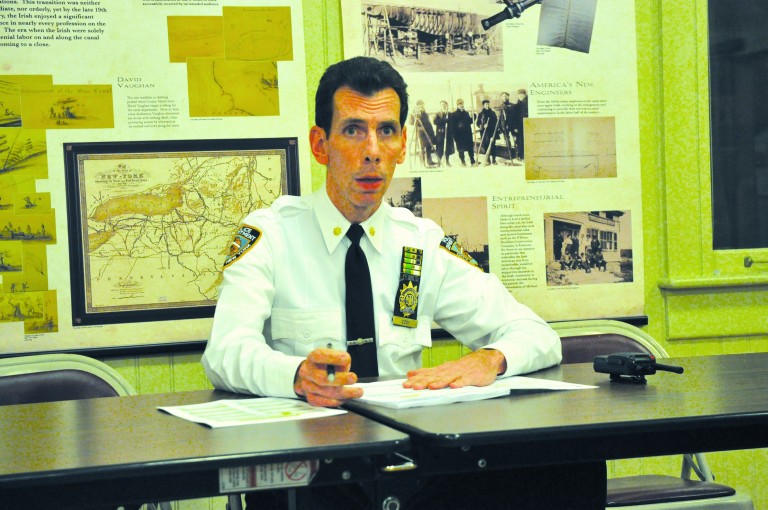 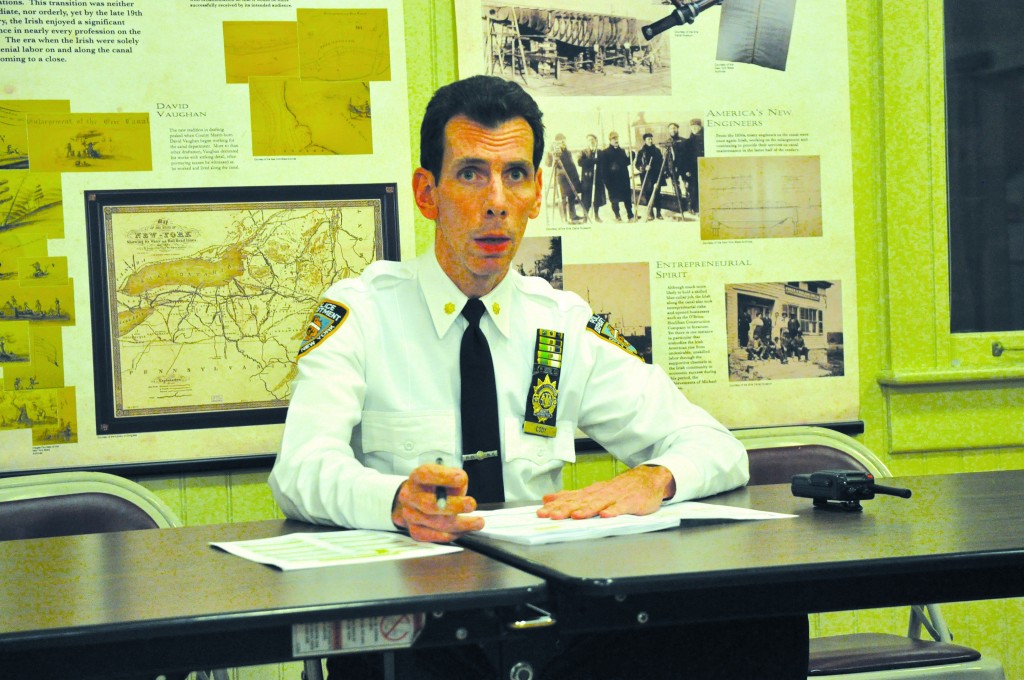 Residents attending the COP 104 meeting last Wednesday night got to hear about one incident that went on in the command as well as learn about the latest crime stats for the past month.

Many of the people at the meeting were asking Deputy Inspector Michael Cody about the heavy activity of helicopters that flied over Maspeth on Tuesday.

According to both Cody and DNAinfo.com, who first reported on the incident, the reason for the helicopters was due to a car chase that was going on in Ridgewood.

Although Cody wouldn’t get into too many details about the incident, he did say that the chase started after a man convinced a mechanic at a car shop to give him the keys to a car that he said belonged to him. DNAinfo reported that the car was a SUV and it occurred at a Chevy repair shop at 61-10 Metropolitan Avenue in Ridgewood.

Cody said that the car had OnStar security tracking and two of his officers chased him into Bayside in northern Queens. He said that the car was eventually found back in 104 precinct command and the incident is currently under investigation. Part of what they are looking into, Cody said, is how the car ended up back in the 104 precinct and where did the man go with the car when he was driving it. He also said the car was taken back to the precinct.
DNAinfo reported the man pulled a weapon on police and tried to run them over with the vehicle. They also reported that he escaped law enforcement’s pursuit on foot and police fired shots at him.

The commanding officer also went over the latest crime statistics, which is something that he always does at the police meetings.

Comparing the 28 day periods for this year and last year, the command is up in robberies, 29 this year and 24 last year and as well as felony assaults, 23 this year compared to 18 last year.

Cody said that the robberies are mostly concentrated during the overnight hours in the Ridgewood area, specifically around Seneca Avenue and Grove Street.