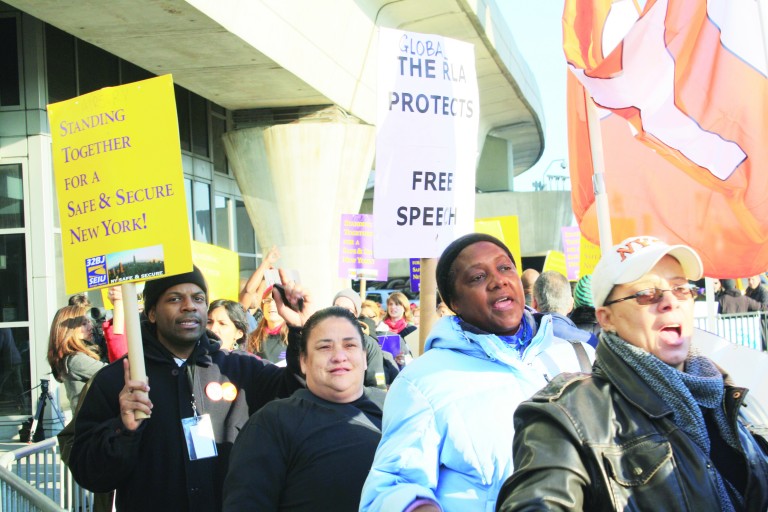 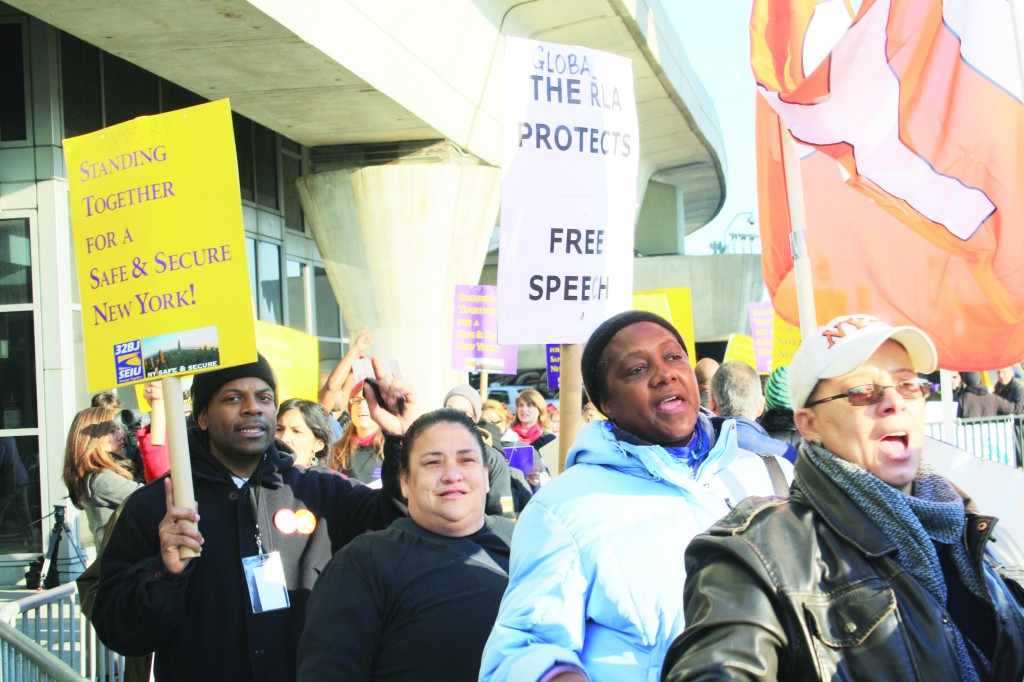 Union officials announced on Dec. 18 that security guards at John F. Kennedy Airport will not go on strike, though the employees of Air Serv Corp. and Global Elite Group Inc. had voted to authorize a strike on Dec. 13.

At a raucous rally at JFK Airport’s Terminal 3 last Thursday, security guards angry about their lack of pay raises and workplace protection told supporters and elected officials who had gathered to back their efforts that a strike could take place a week from that day, Dec. 20. The strike would have come at the height of the holiday rush.

Though the workers do not belong to a union, 32BJ/SEIU helped organize the rally for the approximately 200 security workers. According to the security guards, Air Serve and Global Elite have resisted attempts by the workers for form a union.

Boos rained down from supporters as Jackson stated his salary. He maintained that workers had not been given proper training, winter gear, or even radio batteries to perform the tasks required of them. Jackson said Air Serv and Global Elite refused to listen to workers’ concerns.

“They are not concerned at all with the public safety,” Jackson said.

“Global Elite Group continues to maintain these are the actions of the service workers’ union that is making false statements and allegations and not that of our employees,” they said in a statement.

A bevy of elected officials showed up in support of the security guards as they marched and chanted in a barricaded area. The security guards have long sought to bring attention to their relatively low wages, which in many cases are only slightly above minimum wage.

“This airport…needs to be the safest facility on Earth,” Public Advocate Bill de Blasio said. “But it’s just not. One of the reasons is their security personnel are not treated properly because they are not members of a union, they don’t get the right kind of pay and benefits, there’s a lot of turnover.”

State Sen. Tony Avella said he sent a letter in October to the Port Authority, Air Serv and the Transportation Security Administration about what he called a “lack of proper training and equipment” for the security guards. Avella said he never heard a response.

“Every single person that comes into this airport today is in jeopardy because of Air Serv and the lack of TSA and Port Authority to address these issues,” Avella said.

“You cannot make profit when public safety is at stake,” Smith said.