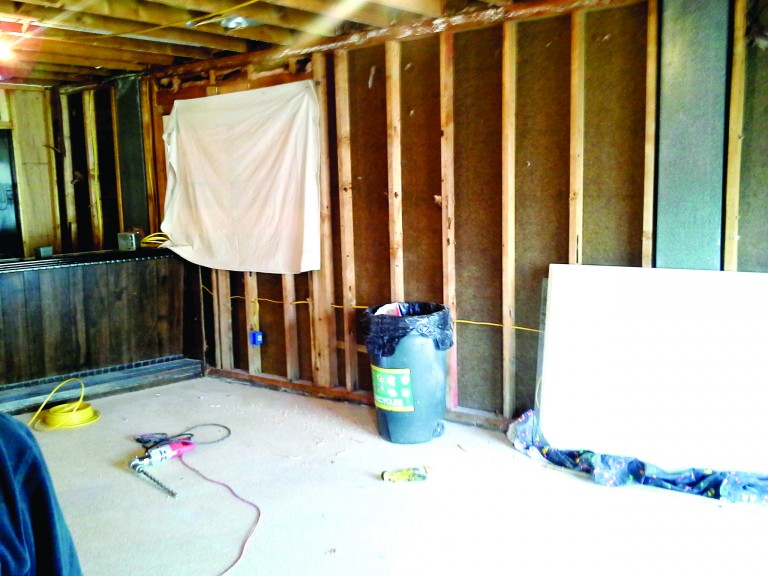 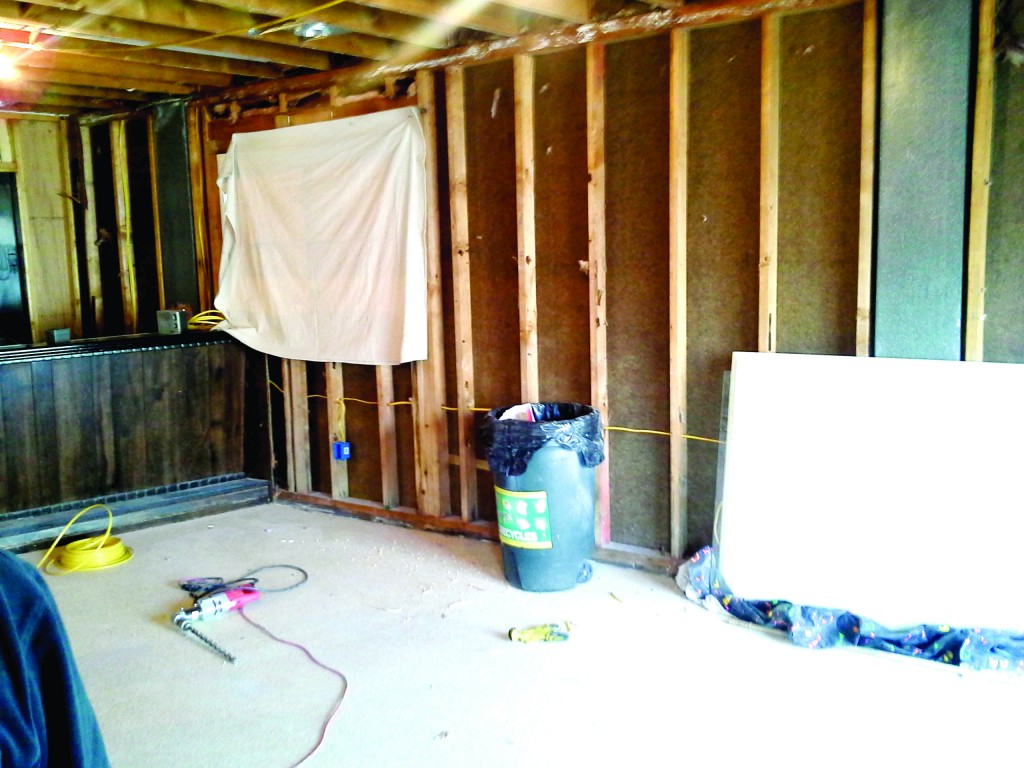 One room of the gutted out residence of a Howard Beach homeowner who says that the cost of proposed repairs are astronomical in comparison to what FEMA has awarded in financial aid.

For scores of New York residents still struggling to recover from the devastating aftermath of superstorm Sandy, this year’s holiday season may very well be one to forget.

And for many Howard Beach homeowners, who are spending the week before Christmas clearing debris and repairing vital heating and electrical systems instead of hanging wreaths or decorating trees, there’s a strong and lingering feeling of abandonment by city, state and federal government officials.

“I feel like just because we’re middle class, they’re taking it out on us,” said Rita Manukian, a 50 year resident of Howard Beach whose home was severely damaged by more than five feet of water. “There was no information to be found anywhere. The information on where to go for disaster assistance, how to file claims and who to talk to was mostly transmitted by word of mouth and just from people talking to each other.”

Manukian, 56, who works at a local bank on Crossbay Blvd., described the aftermath of the disaster as one with extreme disorganization on the part of FEMA officials, as well as many private and out-of-state contractors who were overcharging for routine work and charging higher-than-normal fees for simple repair estimates.

“There was one contractor,” recalled Manukian, “who was charging close to $500 for just an estimate!”

As part of FEMA’s appeals process, whereby a homeowner can appeal for a higher amount of grant assistance, the agency requires estimates from licensed contractors. “Some contractors have been really taking advantage,” Manukian said.

Initially, Manukian had wanted to take advantage of the city’s Rapid Repairs program, established to help residential property owners affected by Hurricane Sandy to make emergency repairs so they can stay in their homes. The repairs usually include restoration of heat, power and hot water.

“But, I was told that the appointment wait time was two to three months!” she said, emphatically. “How are you supposed to sit in a cold house with no electric for that amount of time?”

And, with many contractor estimates for major structural repairs, such as new walls, sheetrockand insulation running upwards of $10,000; Manukian says that FEMA’s $9,000 grant will not  even come close to covering just basic repairs.

The maximum grant amount from FEMA to homeowners is just over $31,000. But, Manukian also pointed out that there seemed to be a wide disparity in the grant amounts given to various homeowners with similar homes and comparable damages.

“What are the guidelines that FEMA adjusters use?” she asked. “No one seems to have an answer.”

Further, Manukian related a story of speaking with an out-of-state FEMA adjuster who said that prior to being called to assist with Hurricane Sandy, he hadn’t had any agency contact for “nearly a decade.”

Calls and emails seeking comment from FEMA’s Washington, D.C. headquarters were not returned as of press time.

“I would love to get on with my life, but I don’t have the money right now to lay out to do all the repairs,” said Manukian, noting that many local residents have taken to borrowing money through the Small Business Administration and other lenders to begin the rebuilding process.

“Howard Beach is usually a beautiful place this time of year, completely lit-up and cheerful,” she noted. “But, this year there’s no Christmas in Howard Beach, not for me.”

Moreover, Manukian’s post-storm experience was by no means unique.

Another long-time Howard Beach homeowner, who requested her name be withheld due to a pending third appeal with FEMA, reported similar experiences and problems with agency adjusters and price-gouging contractors.

The woman, 72, who suffers from Pulmonary Fibrosis, a serious, often terminal lung condition, said that at the heart of her problems with FEMA was the agency’s claim that she was getting help from her homeowner’s insurance policy.

“We got help to cover only repairs to the sewer system and nothing else,” said the woman, whose entire lower level—now gutted and filled with contractors–was flooded with more than four feet of water. The agency also claimed she had flood insurance, a claim she vigorously denied.

And, just as Manukian, the woman estimated that total restoration costs for her home could top $40,000 including several pricey estimates for mold removal and remediation. She was awarded a FEMA grant of about $7,000, a check she has not cashed, pending the outcome of a third appeal.

She also reported that FEMA adjusters seemed to be very arbitrary in their grant awards to neighbors on the same block with similar homes and comparable damages. “One of my neighbors was just given a check from FEMA for $31,000 and she had less damage than I did!” she explained.

“We’re not rich people,” said the woman, who works as an aide for the Board of Education and earns around $24,000 per year. Her husband, now retired, ran a local business in Queens.

“I don’t care at this point,” she said, “I just want my life back together.”

Holding back tears, the woman tried to make sense of her situation. “I was diagnosed with my condition a decade ago and was then given only two to five years to live,” she said. “But, I’ve been in remission since then and I’ve had my miracle. But, sometimes I wonder why God saved me just to go through this.”

For help with accessing Hurricane Sandy-related assistance such as filing claims and applying for disaster-related services, visit http://www.fema.gov/sandy.