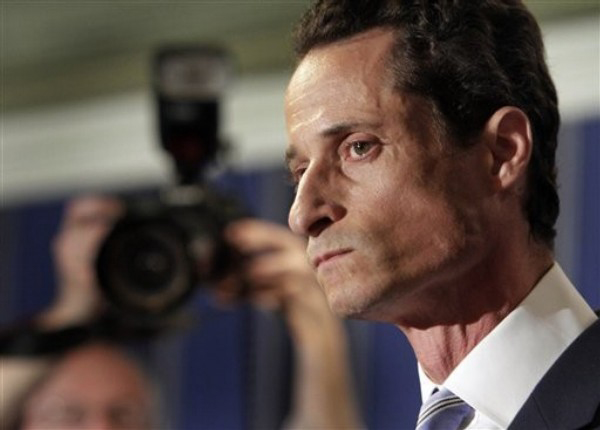 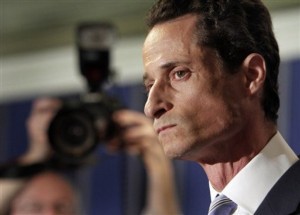 Anthony Weiner launched his official bid for New York City’s highest office in a video posted on YouTube late Tuesday night – invoking another intensive round of speculation as to what the political cards have in store for the disgraced former congressman who once represented parts of Queens and Brooklyn. And while some of his former constituents have mixed opinions as to whether New York could see a Mayor Weiner after his Twitter-inspired fall from grace, one Queens political scientist thinks the man who once represented a large swath of the borough’s southern and central neighborhoods could claim victory in a race already packed with high-profile Democrats.

Confirming his rumored campaign in the YouTube video, Weiner uploaded a commercial packed with promises to fight for the middle class if elected. “The very people who put everything they had into this city are getting priced right out of it, but it doesn’t have to be that way,” Weiner said in the video, which was shot around the city, including in his home neighborhood of Park Slope and his current Manhattan apartment. With his wife, Huma Abedin, by his side, Weiner reminds viewers of his previous accomplishments and asks for a “second chance,” closing the promo with a campaign logo in Mets colors.

Most recently remembered for his suggestive self-portraiture, Weiner, who once lived in Forest Hills, resigned in June 2011 from the seat he held for 12 years in the U.S. House of Representatives after it was discovered that the politician had sent numerous shirtless photos and crotch shots of himself to women he met through social media. Originally claiming he was the victim of computer hacking, Weiner eventually confessed to sending the images, apologized and resigned following pressure from a number of Democratic leaders, including President Barack Obama himself.

In the campaign video, Weiner addresses the scandal that made international headlines and promises voters he has changed.

“Look, I made some big mistakes and I know I let a lot of people down, but I’ve also learned some tough lessons,” he says, looking directly into the camera.

Some may find Weiner’s political comeback premature, but with approximately $1.5 million in matching campaign funds that will expire if unused and a lifelong career in politics behind him, his return strikes others as inevitable.

“Weiner’s a formidable campaigner, he’s very articulate, he knows how to frame an issue and he’s got a lot of money,” said Michael Krasner, co-director of the Taft Institute for Government and associate professor in the department of political science at Queens College.

Weiner has been raising funds for a mayoral run since as early as 2007, but after term limits were extended, allowing Mayor Michael Bloomberg to run for an additional term, Weiner withdrew from the 2009 race.

The money Weiner raised for the 2009 mayoral election remains eligible for one-time matching funds in the upcoming 2013 election. However, according to Bonny Tsang, press aide at the city’s Campaign Finance Board, if Weiner had decided not to run this year, his 2009 funds would not enter the matching program, which provides six public dollars for every eligible dollar raised.

Though the city’s mayoral race is crowded with big-name Democratic heavy-hitters, including Council Speaker Christine Quinn, Comptroller John Liu, Public Advocate Bill de Blasio, and former Comptroller Bill Thompson, Krasner thinks a mayoral campaign is a good strategy for Weiner’s political career. “He’ll probably do respectably at worst, and he might win,” Krasner said. “Then he’s back in the game, because the most recent thing will be the mayoral election and he’s put the scandal behind him.” 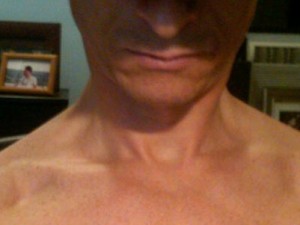 Anthony Weiner hopes voters in the upcoming mayoral election will give him a second chance. This time, he promises to keep his shirt on.

“I can’t see a mayor with that background,” said Bob Holden, president of the Juniper Park Civic Association. “We’d be the laughing stock of our nation, but it’s a new world – morality seems to be out the window for a lot of people.”

Politicians have bounced back from seemingly worse scandals, said Krasner, citing the recent success of Mark Sanford, a South Carolina Republican elected to congress despite his public extramarital affair with an Argentinian woman, carried out using public funding while he was governor.

“His crimes were much worse, and he’s running in a place with a much more hidebound puritanical perspective, and look how well he’s done,” said Krasner.

In a Quinnipiac University poll released on April 19, Weiner came in with 15 percent of the Democratic vote, bested only by Quinn who captured 28 percent. But in a press release the university cautioned, “he has a negative favorability, and all voters are evenly divided on whether he should run for mayor.”

“He probably is one of the most talented guys in the race if he did run but, he’s also the most disturbed,” said Holden, adding, “If he didn’t do all those things, I probably would vote for him.”

“It’s a pretty tight race,” she said. “There’s a lot of people running for mayor. We’ll see what happens in September – it certainly is interesting.”

Holden, whose civic group was recently visited by Republican mayoral hopeful Joe Lhota, encouraged Weiner to reach out to them.

“Before he announces his campaign, he needs to make the rounds and talk to people,” Holden said. “I would start with his original constituents.”

Weiner took more time to announce his candidacy than others in order to test the political waters, according to Krasner. Tsang said Weiner hadn’t yet filed paperwork required to obtain matching funds, but nor had many other potential front-runners. The deadline for filing is June 10, and while some candidates have made the request for matching funds, a number of Democratic candidates, including Quinn and de Blasio, have not. Money will be released in August after the city Board of Elections confirms the list of mayoral candidates.

“He’s waiting to see how people respond to the whole idea, and the fact that he’s delayed announcing suggests that the polls are not all that encouraging and somewhat ambiguous,” Krasner said prior to Weiner’s announcement on Wednesday morning.

Recently, Weiner’s wife, Abedin, a political consultant and longtime aide to former Secretary of State Hillary Clinton, made headlines for failing to publicly disclose a portion of her earnings, but both Holden and Krasner believed Abedin’s alleged actions will have little impact on Weiner’s campaign.

“It’s at most a three day story,” Krasner said.

Weiner has a long history in politics. He served as a Brooklyn City Council member from 1992 through 1998, before being elected to the U.S. House of Representatives, where he stayed from 1999 to 2011. For many, Weiner’s return to politics was always going to happen – it was just a matter of when.

“If what you want to do is get back in the game and you are sitting on this pile of money that you don’t want to lose, then why wouldn’t you go and give it a shot,” Krasner said.

“The reason he’s coming back is because he’s been a politician all his life,” said Holden, “I knew this would happen, I just didn’t think it would happen so soon.”

Holden said Weiner will be the candidate most familiar with his neighborhood, expressing disdain for Quinn, whom he blamed for financial shortfalls in his district.

“If anyone votes for her over here, they have to have their heads examined, because she screwed our neighborhood,” Holden said.

With Weiner entering the race, Krasner predicts he and Quinn will eventually be neck and neck.

“She’s got some campaigning skills and considerable backing from some in the business community and some key labor unions. Weiner is a very smart, energetic, aggressive campaigner and Quinn’s weak point is that important liberal groups are disappointed with her performance.”

For the other mayoral candidates in a race where candidates agree on many issues, Krasner expects a steep uphill battle. Liu has the weight of a financial scandal upon him, as one of his former aides was recently convicted of fraud, and Krasner said de Blasio was having a hard time gaining traction, despite what he called a “smart” strategic attack on Quinn for her failure to support paid sick leave.

In CB 9, Crawford is taking the whole mayoral election in stride.

“I don’t know why anyone would want the job. You’ve got to be a bit of a masochist, but good for them,” she said of the potential candidates.