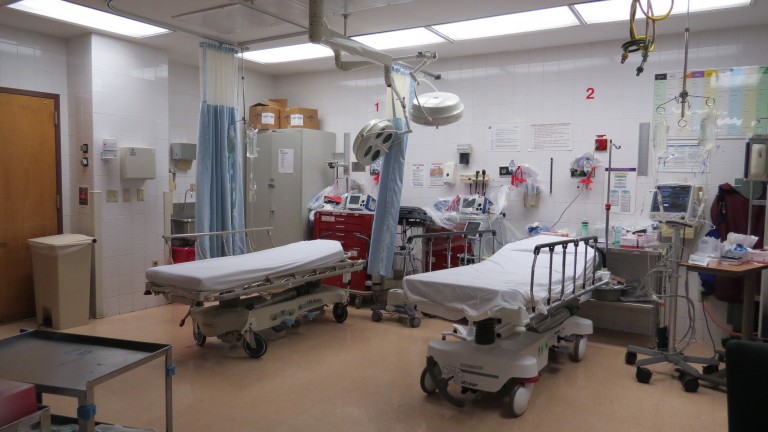 “Did you know there is an app that tells people who call you when you’re driving that you can’t talk or call right now but you’ll get back to them later?” 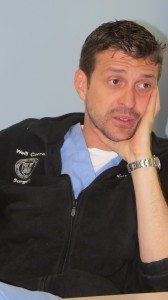 As Distracted Driving Awareness Month draws to a close, Dr. Sebastian Schubl, Director of the Jamaica Hospital Trauma Center, comes out slinging technology. “It’s actually really helpful in keeping people away from their phones.” The hospital has been engaged in a education awareness and prevention campaign to address the growing concern.

And in the scheme of things, Schubl is well poised to know how significant a difference keeping distractions from drivers is. In charge of the Level One Trauma Center at Jamaica Hospital, the only one of its kind in south Queens, the surgeon says his hospitals proximity to highways and to Queens Boulevard results in their seeing an inordinate number of vehicular traumas. Included in that mix are pedestrians and cyclists struck, motorcycle collisions and of course car crashes, many of which are the result of the use of a cell phone or another distraction as simple as eating.

Meticulous monitoring of detail surrounding every trauma case that enters the hospital  shows that in the early evening, most of the trauma is vehicular and then as it gets later, the penetrating injuries—gunshots and knife wounds– start coming in. Overall, 80% of the cases brought in are from vehicular accidents or blunt force trauma.

While no one wants to wind up in a trauma bay, all indicators at Jamaica point to the fact that if the worse does happen, this is where you want to be.

In the establishment of being a Level One Trauma Center, the hospital has all the resources that can be brought to bear to help a trauma patient. They act as a referral center—patients from other hospitals are sent when another level of care is required and in addition, EMS will preferentially bring patients to Jamaica because we all the resources to do everything that can be done in the current state of health care are readily at hand.

There are five trauma surgeons currently on staff with a sixth on the horizon. Much larger hospitals are known to have far fewer but the vast majority of surgical cases at Jamaica are trauma patients. “ It’s in our DNA. It’s in our bones,” Schubl says. “Jamaica Hospital has recognized itself as a trauma center and treats itself as such.” 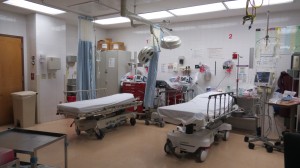 It’s nights like that when the Golden Hour of Trauma really counts. A term originating from the frist days of trauma medicine Schubl explains it as “the 60 minutes a person has from the time of sustaining a life threatening injury—to getting the treatment they need.” He says that after that time elapses, the patient’s rate of mortality goes up drastically. “Most cases give us about 15 minutes to get you into the OR, open you up, find what’s wrong and fix it.”

But Schubl is careful to stress the fact that trauma is not exclusively about surgery. “We have a staff dedicated to the non-clinical aspects of this program as well.” These staff are devoted to tracking statistics, registering patient, do research, stress quality improvement and do analysis.

“As a trauma program we take care of a patient from the time they arrive until after they go home. The goal is to get them back to as close to a pre-injury state as possible,” Schubl says, and a massive cooperative effort is required to see that plan through for each patient.

And to keep up with preparation for large scale trauma that might occur, there are yearly drills, usually run in conjunction with JFK or FDNY.

Presently the hospital’s trauma center includes two trauma bays, a 13 bed surgical ICU, experienced nursing staff for the patients in that ICU and a host of other clinical practitioners including radiologists, anesthesiologists, pain management doctors, rehabilitation therapists, psychiatrists and a host of others.

The take home message for the success of the trauma center at Jamaica Hospital according to its leader is all about timing. “Every second counts,” affirms Schubl. “We say that about a lot of things in life, but in this circumstance, it’s truer than everywhere else.” Those feeling he says come from the patients he has seen time and time again that would not have made it had they been treated just after they actually were.

Since his arrival in 2011 many things have been added to the program and in the months ahead eyes will be focused on the hospital’s trauma program as it attempts many certifications and verifications conducted by national committees while striving to carve itself a place at the top of the trauma center list.

• 11% of drivers are talking on their phones at any given time, according to a federal study

• 570,000 accidents leading to minor and serious injuries are caused each year by cell phone distractions

The above information was compiled from statistics from the New York Times, Harvard University and the American Automobile Assoication.

**Please note: An incorrect version of this story appeared in the printed edition of The Forum issued on May 30, 2013 on page 13. The version on the website is correct. Corrected copy will be re-released in the June 6th issue.