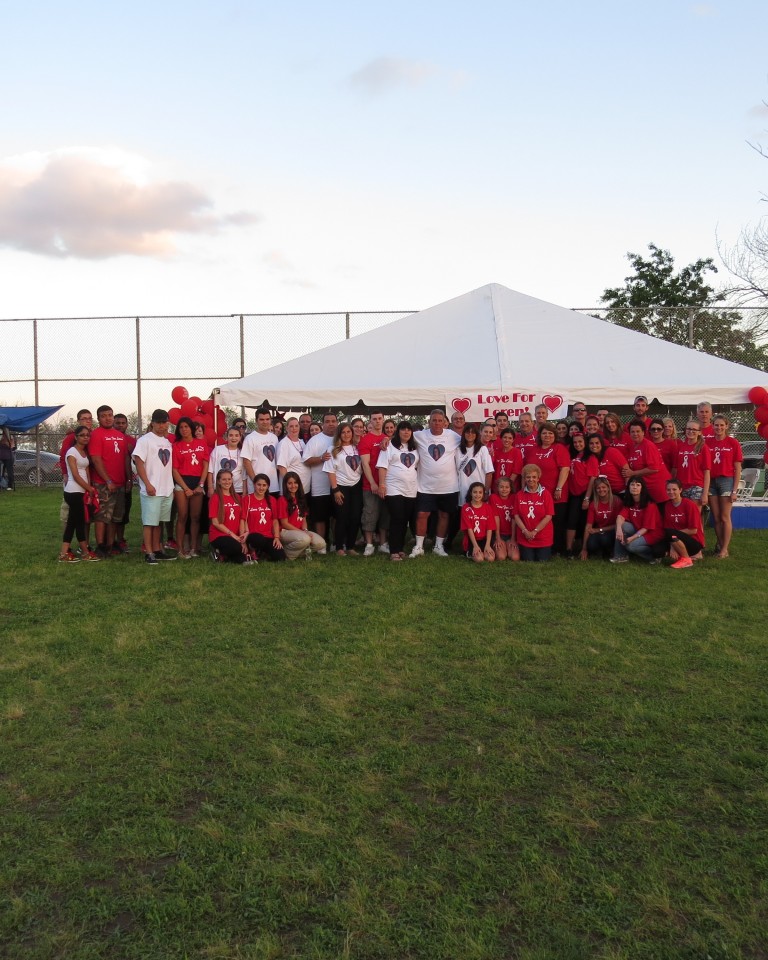 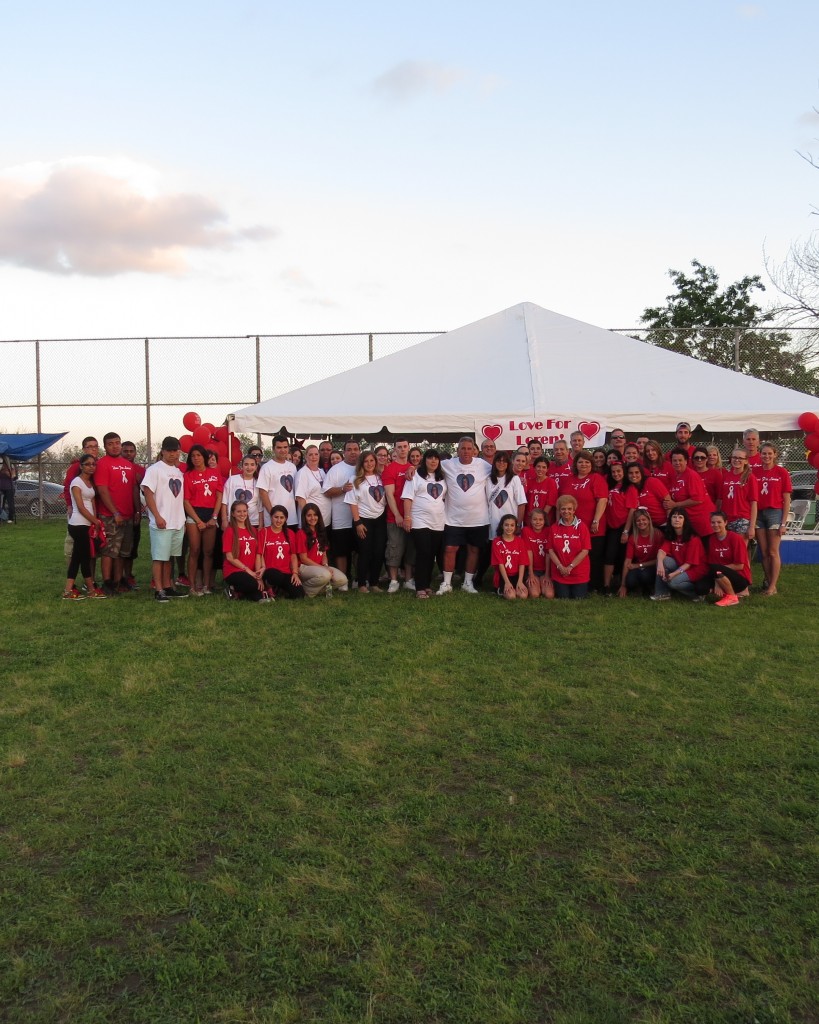 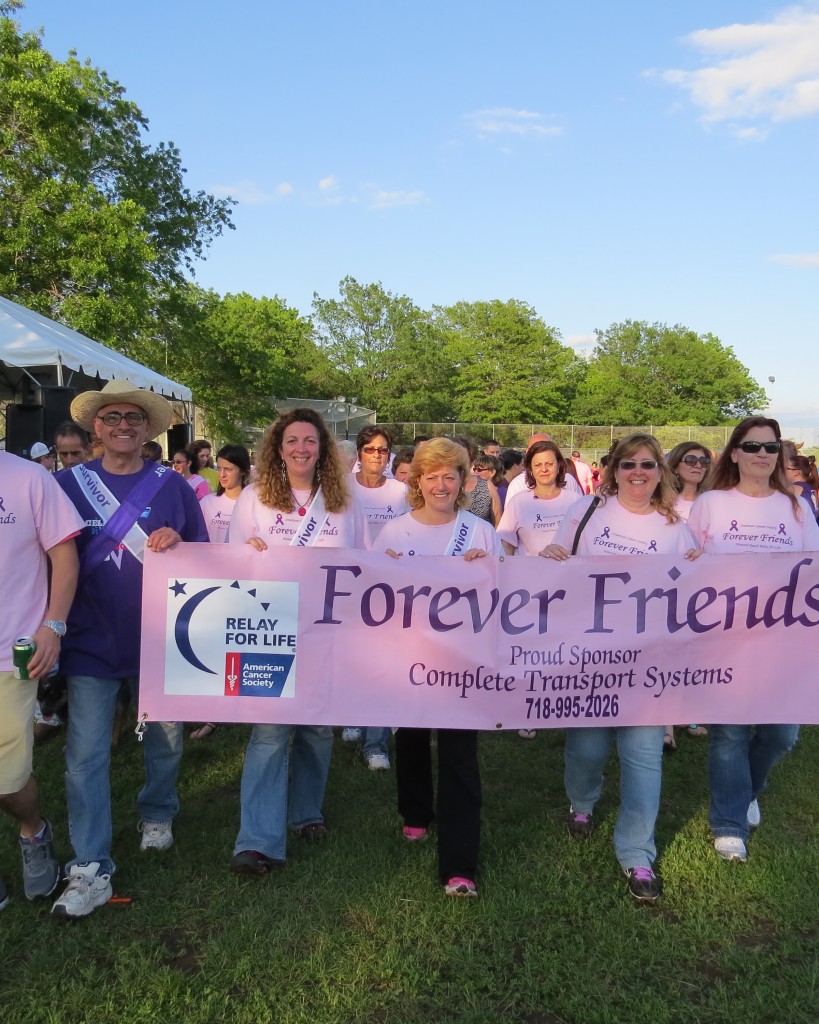 The Howard Beach Relay for Life celebrated its first landmark anniversary over this weekend. The event was originally brought to the community by Phyllis Inserillo and Melissa Fochetta five years ago and since then, the two co-chairs have worked to organize the event. To date the Howard beach Relay event has raised over $750,000 and has become the most successful of the American Cancer Society Relay events in Queens.

“We thought that focusing on donations this year was inappropriate,” said Inserillo. “This community was struck hard by the storm and we knew things would be difficult for people.” But at the same time she and other organizers knew they had to have the event, regardless of the fund raising aspect. “This relay is about so much more than money—it’s about community, it’s about caring, it’s about love and above all, it’s about surviving cancer and remembering those who didn’t.” 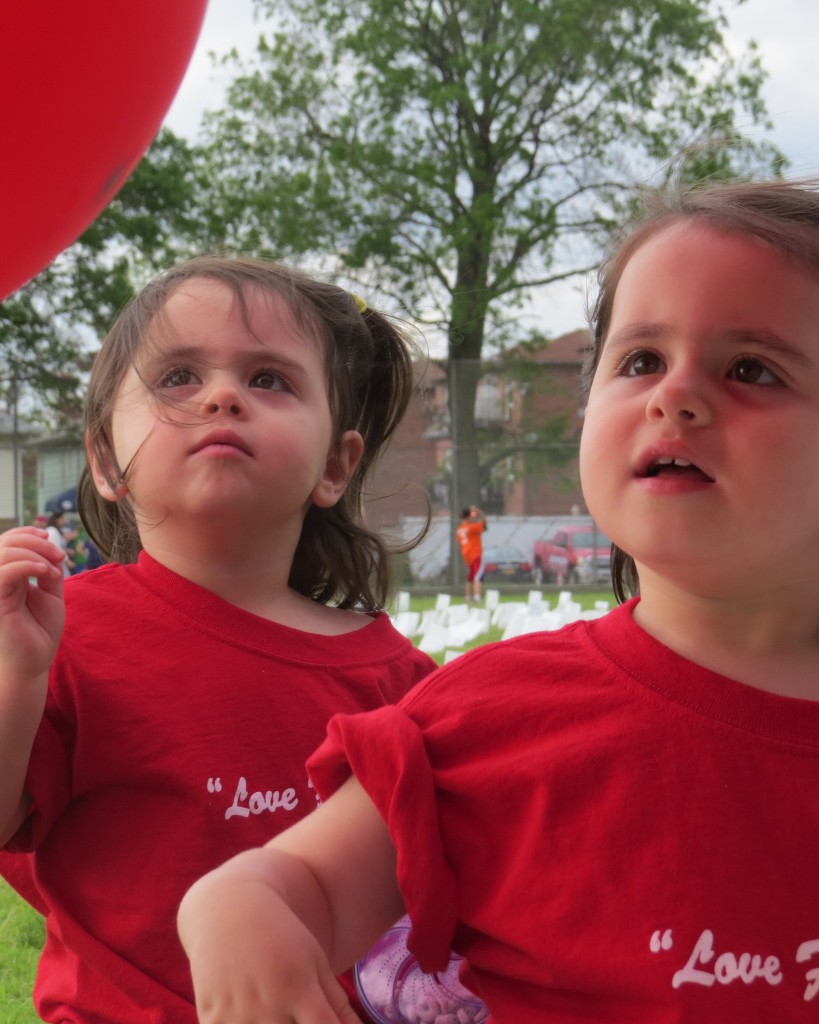 But despite the harrowing experiences, the Howard Beach community reinforced their commitment to the Relay with this year’s donations and matching funds hovering somewhere around $150,000.

Each year since its inception the event has included in its programs, the naming of community honorees that have emerged as survivors and in most recent years, a member of the community lost to cancer, has been named as a special honoree.

This year, the Relay event was dedicated to the memory of Loren Licausi, who celebrated her 19th birthday on January 25 and passed away a month later after a battle with two forms of leukemia.

Loren’s family and friends formed the largest team in the Relay’s history and pitched a huge tent at the event packed with people and food. Family friend Angela SanPhillipo said the event was bittersweet. “It’s a great thing for the community to recognize Loren like this, but it’s a heartbreak that they are able to do it in the first place.” SanPhillipo, herself a survivor of lymphoma says it’s never understandable when a young person is taken by cancer. “I live for the day when people don’t have to feel this kind of pain. I am so blessed and so lucky.” 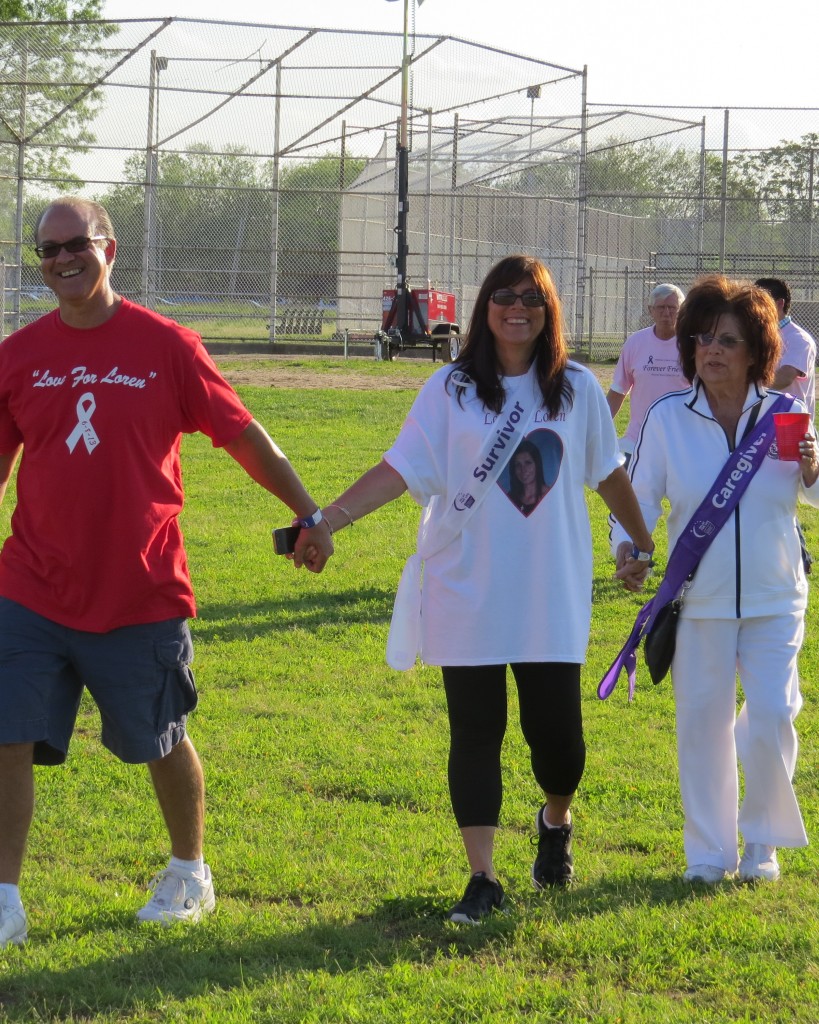 And inside the tent to honor Loren, the mood was anything but somber. Friends and family shared laughs and tears as they remembered the fun loving teen with stories and

photos. The Relay was dedicated to Loren’s memory and the luminaria ceremony featured a video of her life and the release of sky lanterns in her memory, one of which was set off by her family, dad Tommy, brother TJ and mom Lynne, who wrote a special note to Loren on the lantern.

Among the community survivor honorees for the event were Gina Aarons, who has been part of the relay since the 2010. Gina is still going through treatments but is known as someone who doesn’t let anything stop her, according to the committee. She is also an All Star fund raiser for Relay, raising more than $2,500 each year. 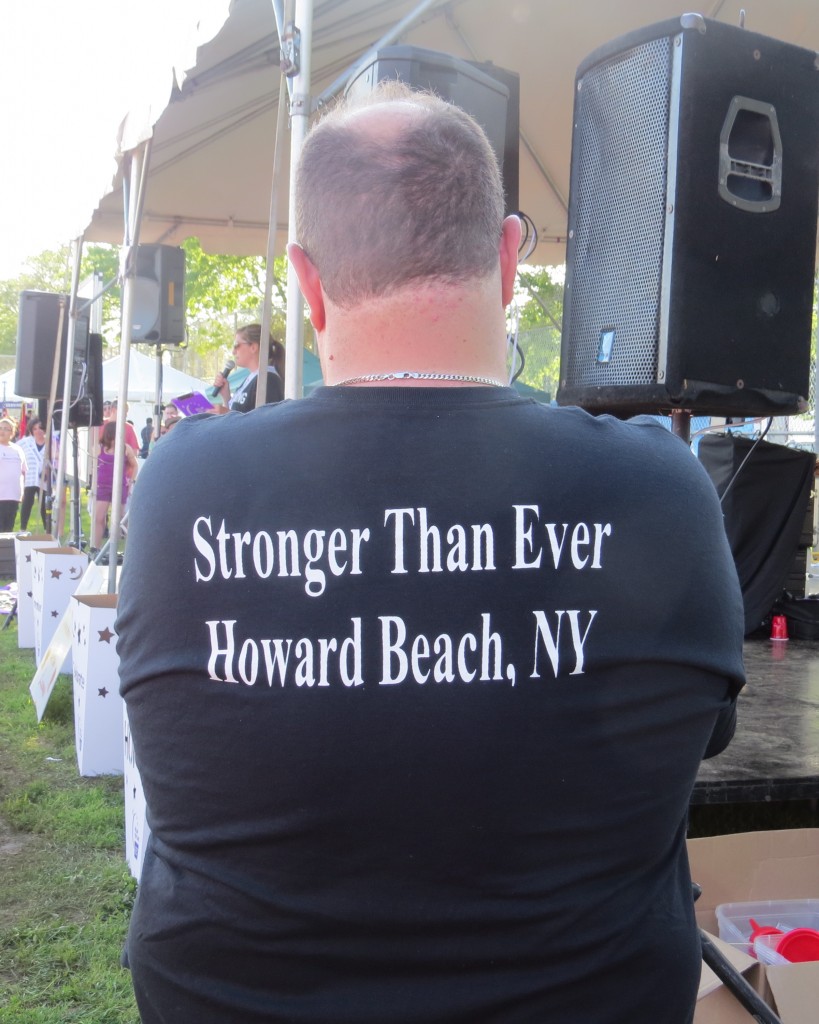 Adam Guthertz joined the Relay family in 2012. In the past two years, Adam has been diagnosed and has fought back from both kidney and thyroid cancer. He has raised over $13,000 in the last two years. 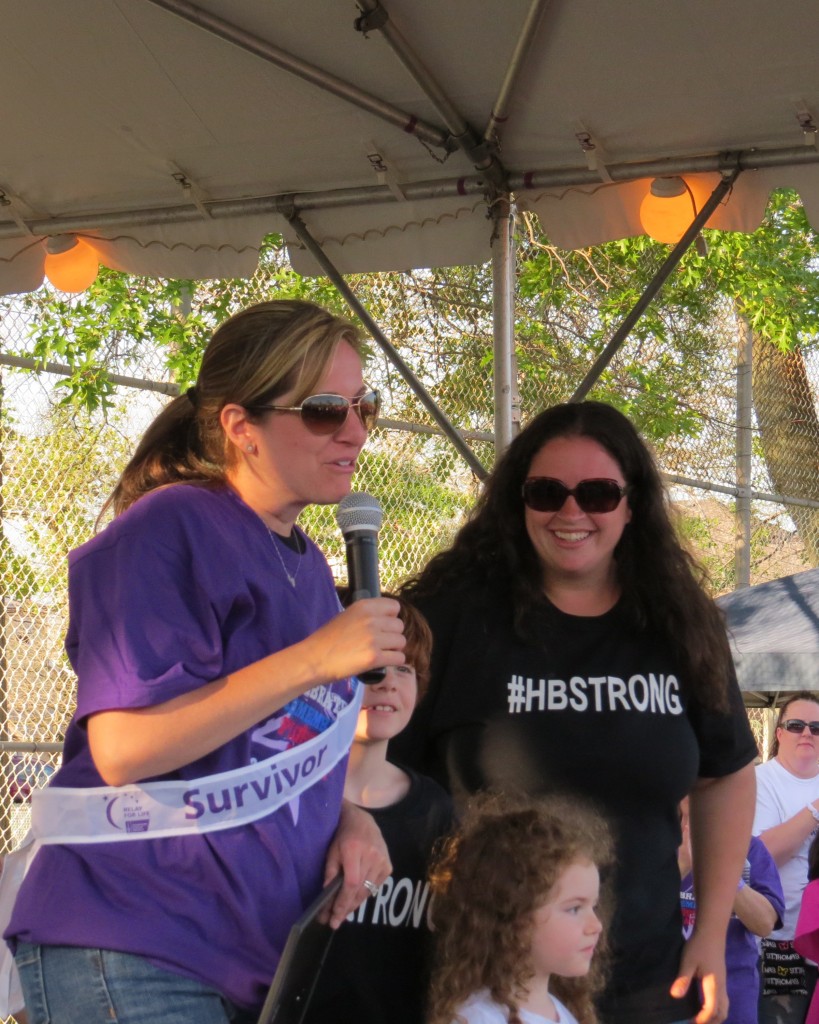 Mary Ann Bellico is an 11 year survivor of breast cancer and has been a part of Relay since 2010. She and her daughter, Jessica Genna, support Relay all year long with different fund raising efforts.

Finally, Melissa Fochetta who has co-chaired the event for the last 5 years, is a survivor who successfully battled thyroid cancer and continues to raise over $10,000 a year to support the Relay.

Many teams came out and supported the event this year with one really special team emerging from tragedy that struck PS 232 in Lindenwood. Third grader Sebastian Oseff lost his battle with brain cancer on March 16. He had been together with most of his classmates since kindergarten because they were enrolled in the Gifted and Talented Program. This year, the school held its annual walk-a-thon on May 3 and usually only grades 5-8participate, but this year an exception was made and Sebastian’s classmates were allowed to walk in his memory. His class raised the most money out of the school’s total of $6,655. Shortly before the Relay, some mothers from class 3-301 decided to get a team together for Sebastian and their Forever Friends team raised $2,054 in a very short time.

Organizers have already set the date for next year’s event as June 7 with a theme of The ‘80’s.

Story and Photos by Patricia Adams